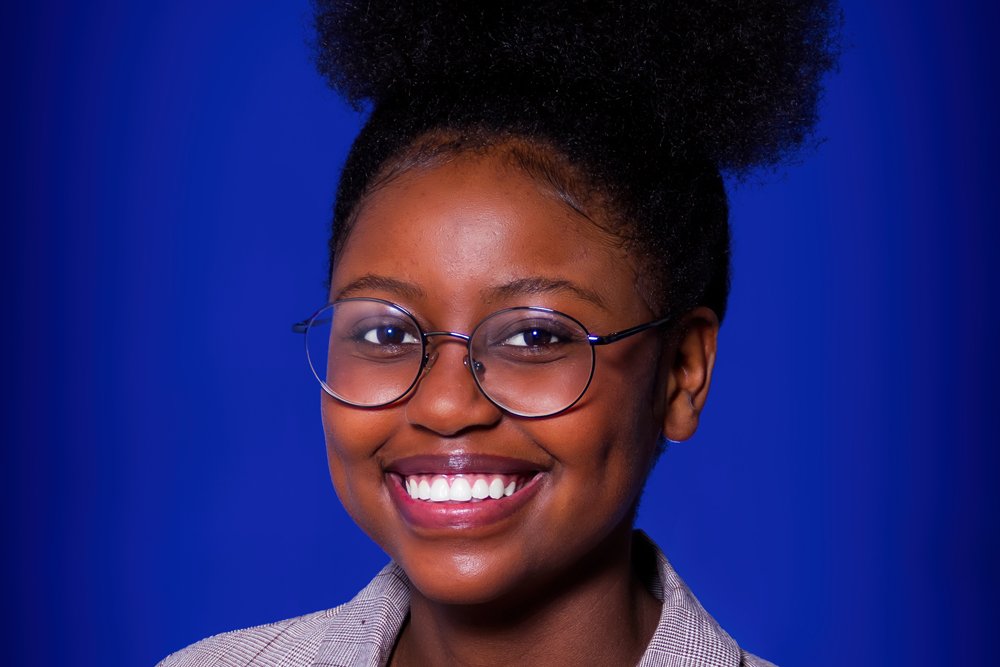 Elected by her fellow students during the spring semester, Jeri takes over for Najella Williams, who served as SGA president during the 2020-21 academic year. She is looking forward to serving as the voice of PCC’s student body and says she hopes to make a positive impact at the college before graduating from its university transfer program next year.

“I believe when you’re given the opportunity to be in this position, you bring your all and nothing less,” she said.

True to her word, Jeri has been making the most of her opportunities for academic and personal growth since coming to America from Zimbabwe in 2017. In addition to serving as a teen counselor and leader at her church, she was an Honor Roll student and National Honor Society member at Farmville Central High School. She was also involved with the JROTC program at Farmville Central and served as secretary of the Green Jags student club before graduating in 2020.

“Over the years, I have tried to get myself involved with various activities,” Jeri says. “Most of them end up being life lessons that have helped me grow into the individual I am today.”

At PCC, Jeri is a member of the college’s Phi Theta Kappa Honor Society chapter as she prepares for a career in either automotive or electrical engineering.

“As challenging as (engineering) is, I enjoy thinking critically and being an innovative team player,” she says. “The best ideas tend to be when there are different perspectives put into that idea.”

As part of her responsibilities as SGA president, Jeri will serve as a non-voting member of the PCC Board of Trustees. She was sworn in during the group’s July 13 meeting and says she brings an “open mind, dedication and innovative ideas” to the board.

“I want to act as a liaison between the board and students here,” Jeri said. She added that her focus would be to raise awareness of the typical issues college students face — anxiety, depression, family expectations, self-identity questioning and lack of self-esteem — and the additional difficulties COVID-19 has created.