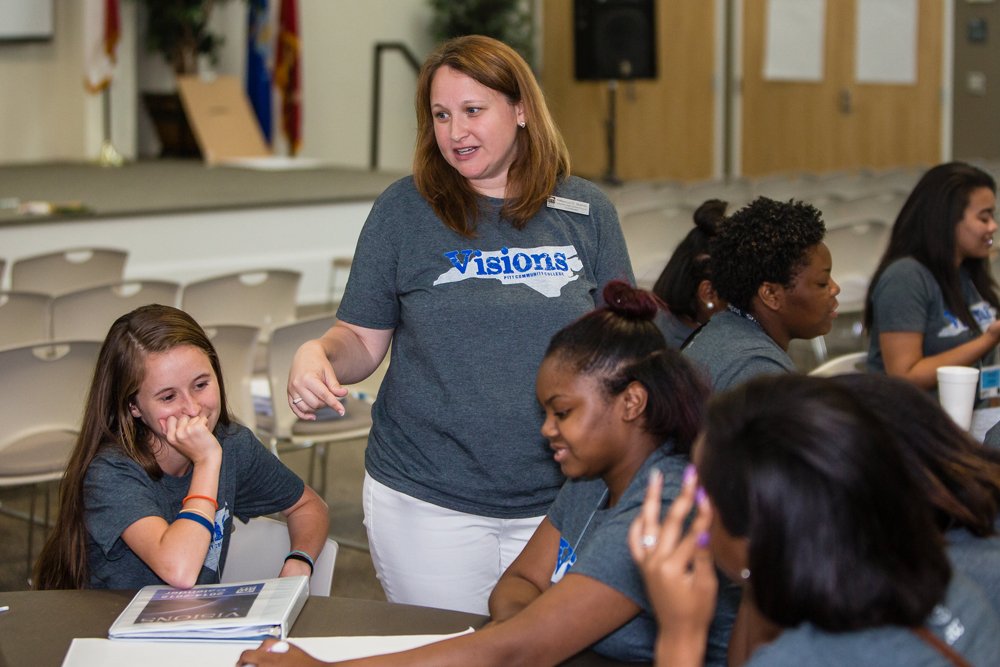 WINTERVILLE—Pitt Community College’s Rebecca Warren has been selected to receive a 40 Under Forty Leadership Award from East Carolina University this spring, marking the second straight year a Pitt employee has earned the prestigious recognition.

ECU announced Warren as one of its 2021 honorees in December – one year after PCC Director of Recruiting John Carrere was chosen as a 2020 award recipient.

A Greenville native and 2004 ECU graduate, Warren said she was grateful for the recognition and the individuals who have taught her about leadership, personally and professionally.

“Leadership is a form of service,” she said. “To me, it’s about encouraging others to be confident in their roles for the best possible outcomes.”

“I truly enjoy working with VISIONS and watching high school juniors develop into college graduates,” Warren says. “I love building relationships with students and helping guide them toward successful futures. VISIONS is so much more than a program to me; it’s a family.”

Warren started at Pitt in 2013 as VISIONS high school coordinator. She became the program’s college coordinator in 2018 before being named its director the following year.

“The best thing about working at PCC are the collaborations and relationships I have established with other staff and faculty members,” Warren said. “I’m always amazed at how PCC employees go out of their way to help students succeed.”

A 2000 graduate of D.H. Conley High School, Warren earned a bachelor’s degree in Family and Community Services. Prior to PCC, she was the Carolina Pregnancy Center’s community liaison (2005-12) and the Caswell Center’s foster grandparent program director (2012-13).

In addition to her work with VISIONS, Warren completed PCC’s Leadership Institute training in 2014 and was nominated by co-workers for the college’s Woman of Substance Award in 2019. She is a regular volunteer at Winterville’s Opendoor Church and has been a charter member of the Junior League of Greenville, NC, since 2012. She also served as its Vice President of Community Impact from 2016 to 2018.

ECU’s Division of Student Affairs began presenting 40 Under Forty Leadership Awards in April 2015. The honor recognizes emerging leaders who received their start at ECU and those who have used their ECU experiences to make significant impacts in their respective professions, communities and world.

The awards committee, comprised of ECU alumni and staff, chose Warren and her fellow recipients from more than 320 nominees. They will be celebrated during the 7th Annual Division of Student Affairs 40 Under Forty Leadership Awards Banquet on April 24. Plans are to hold the event in person, but organizers will continue monitoring the pandemic and make adjustments as needed.