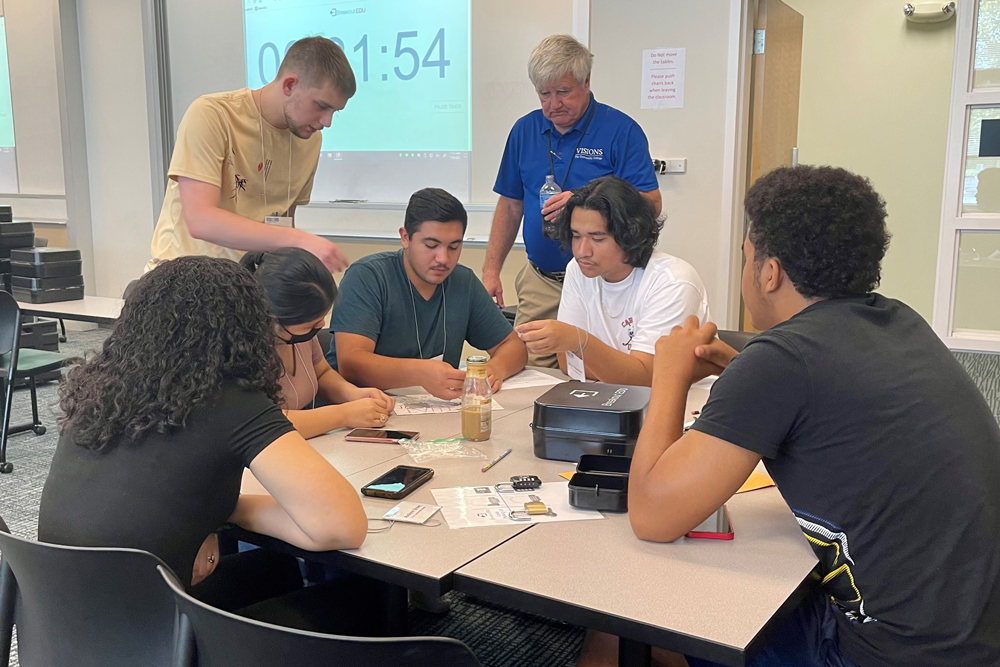 WINTERVILLE—The Pitt Community College VISIONS Career Development and Scholarship Program is putting together its next class and is seeking applications from juniors at each of Pitt County’s six public high schools.

Since 2004, VISIONS has helped more than 1,239 Pitt County high school students receive the guidance and support they needed to earn diplomas and move into higher education and/or the workplace. Each year, the program offers participants academic tutoring, one-on-one mentoring, and career exploration and support.

“VISIONS provides students the opportunity to explore careers and find out more about themselves,” said PCC VISIONS Director Rebecca Warren. “It’s inspiring to watch students move from a high school student into a career in which they find success and fulfillment.”

PCC VISIONS High School Coordinator Katelynn Speas says students can apply for VISIONS participation by downloading applications from the PCC Foundation website and turning them in to career development coordinators at their respective schools. The application deadline is Nov. 4, she said, adding that applicants must also email a pair of completed “Teacher Recommendation” forms to kjspeas231@my.pittcc.edu.

To be considered for VISIONS participation, Speas said students must be high school juniors pursuing a high school diploma in a standard course of study with a GPA between 2.0 and 3.2 and no disciplinary issues. They must have a demonstrated financial need, plans to attend PCC, and be eligible for in-state tuition.

In addition to receiving support services from VISIONS staff throughout their junior and senior years of high school, VISIONS participants receive a $1,000-scholarship ($500 per semester) to attend PCC after high school graduation. The scholarships can be renewed for a second year, if students have participated in VISIONS activities and are in good academic standing.