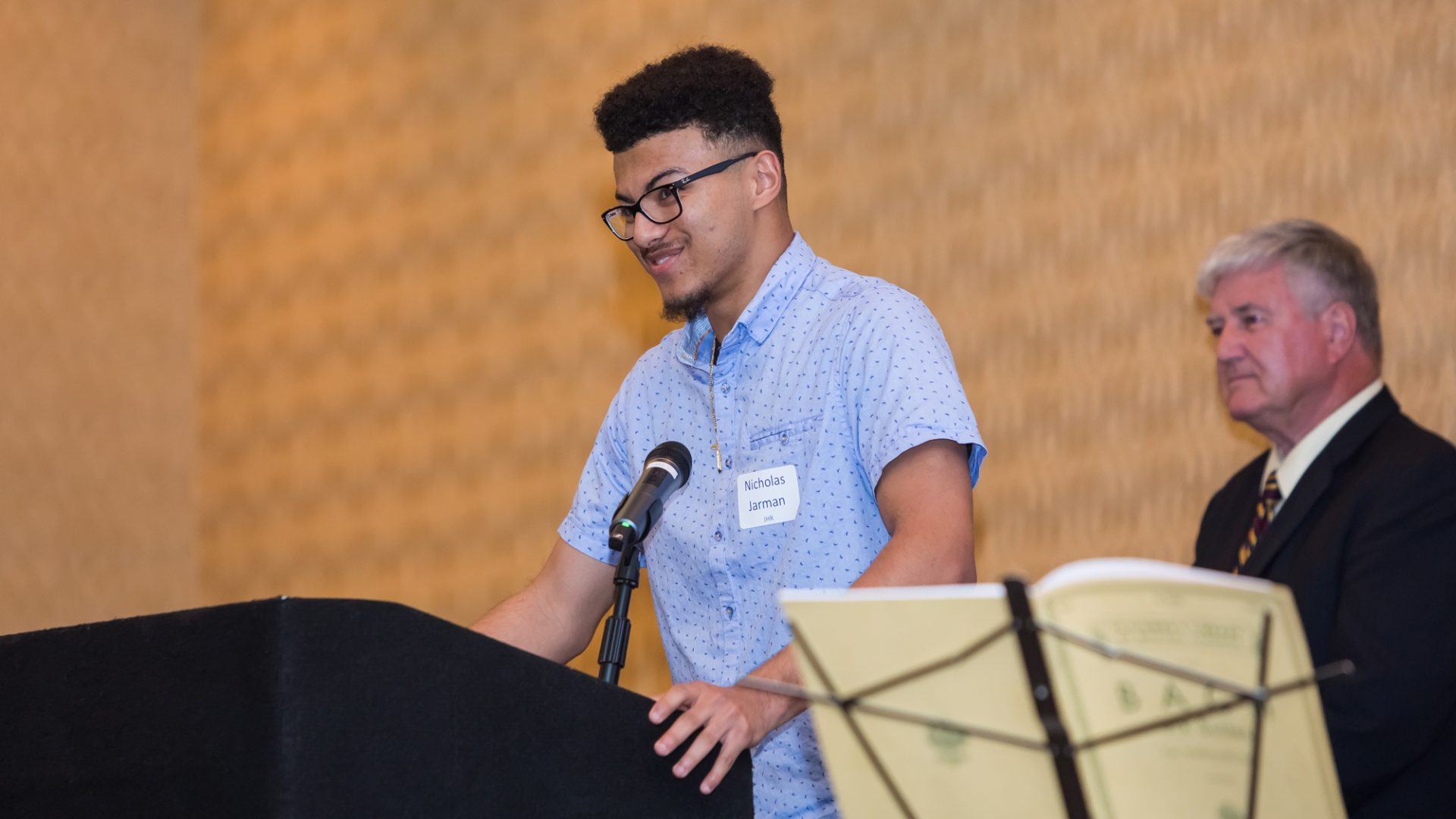 Started in 2004, VISIONS provides select Pitt County high school students with the direction and support they need in order to earn diplomas and move on to higher education. Between 2005 and 2017, 98 percent of 708 VISIONS participants completed high school on time. Another 88 students—representing all six Pitt County public high schools—are expected to graduate next month.

Though some of Tuesday’s honorees may enlist in the military or join the workforce, most will move on to PCC. Those who do will receive scholarships and continue receiving personal and academic counseling from college VISIONS staff.

PCC VISIONS College Coordinator Steffen McGhee challenged students planning to pursue higher education to discover their true purpose for attending college. Doing so, he explained, will give them “inspiration and direction” to keep moving forward when times get tough.

“Don’t go to college by accident,” McGhee said. “Go to college on purpose and with purpose. Knowing your ‘why’ is the only way to make that happen.”

While all of the soon-to-be graduates were recognized for completing the VISIONS high school program, 27 earned special recognition for having GPAs of 3.0 or higher. Of those students, Ayden-Grifton High School’s Shelby Jolly and J.H. Rose High School’s Jose Mendez-Vasquez had the highest GPAs.

Through a financial contribution from Wells Fargo, Ayden-Grifton student Tyler Shelters was presented a $500-scholarship for excelling in the classroom and readily volunteering with VISIONS activities throughout his senior year. The funding will help cover the cost of his tuition and fees at Pitt, where he plans to pursue a welding degree.

New this year was the presentation of the inaugural Barbara and Jim Moye Scholarship, which was awarded to J.H. Rose student Terence Streeter. The $1,000-scholarship was established to recognize a J.H. Rose student for successfully participating in VISIONS and the Taking Steps Beyond Rose program created by J.H. Rose Math Department Chair Tracey Moore and her husband, H.B.