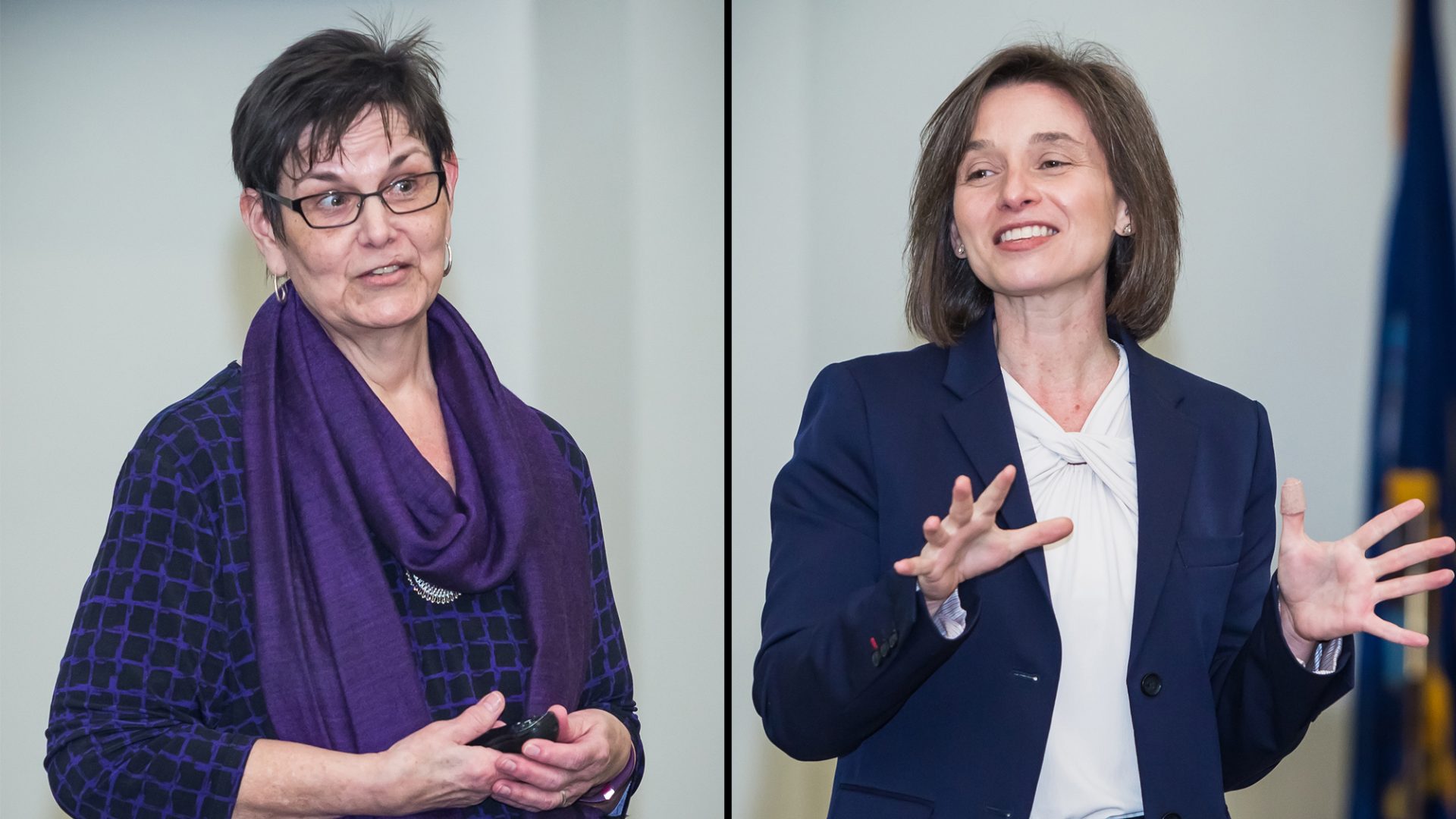 Haygood, who has served with NCCCS in various capacities over the past 10 years, has been acting president of the state’s community college system since Oct. 1 and will remain so until a new president is hired. She was working as chief of staff when she was asked to take the reins of the nation’s third-largest system of higher education following Jimmie Williamson’s resignation.

At PCC this month, Haygood discussed her career in public service, which began as an elementary school teacher in New Orleans through the Teach for America program. She joined the N.C. System Office in 2008 as chief finance officer, though she admits she was a little apprehensive about accepting the position.

“I didn’t think I was ready,” she explained. “We think we have to know 100 percent how to do something [before we try it]. … Don’t let fear keep you from taking a chance at something you are interested in doing.”

Haygood told those interested in becoming community college administrators to first know why they are seeking leadership roles.

“If you are to be an effective leader, you’ve got to want it for the right reason,” she said. “For us, it’s students.”

Haygood said true leaders continually seek self-improvement. She said they are good listeners and described them as resilient, persistent and capable of guiding others through change by helping them understand what is changing and why it is needed.

One of the most important concepts for a leader to embrace, Haygood says, is that compromise is often needed to ensure progress is made. It’s important to hear different people’s perspectives, she said, adding that “civil discourse is lacking” in society today.

“Leaders need to model civil discourse,” Haygood said. “There is a way to have respectful exchange that gets you to a better place.”

In her role as executive director of the N.C. Student Success Center, Newton leads a department dedicated to helping the state’s 710,000 community college students improve their life circumstances. The center provides support for all 58 of North Carolina’s community colleges to advance, scale, and sustain student success and completion efforts.

A Mitchell Community College and UNC-Charlotte graduate who went on to earn a doctorate from UNC-Greensboro in 2004, Newton encouraged PCC employees to find opportunities to serve and demonstrate their talents. “You can lead from wherever you are,” she said.

Leaders, according to Newton, seek to understand others, think in terms of “bigger and broader” systems, plan effectively and collaboratively, and endeavor to “establish a clear and common vision.” She said people of privilege should use what they’ve been given to empower others, adding “that’s what leaders do.”