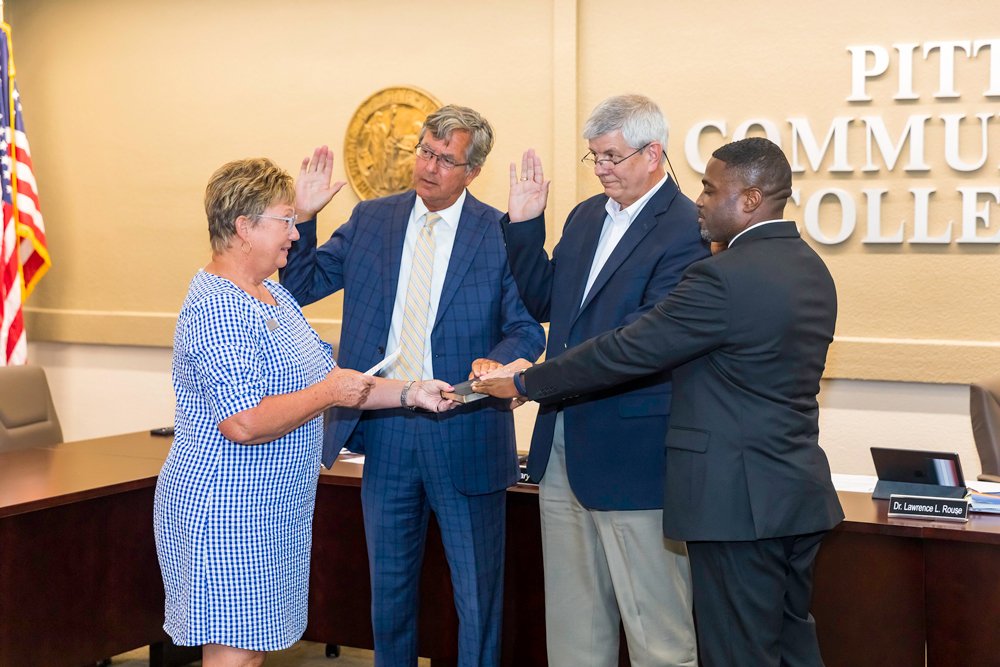 Lassiter, a Greenville resident, was selected by the N.C. Governor’s Office to fill the void created by Shirley Carraway’s departure. A retired educator, Carraway accepted a position on the State Board of Community Colleges. Lassiter will complete the remainder of her trustees term, which expires June 30, 2024.

“Joining the PCC Board of Trustees was an opportunity to serve our community, gain a greater understanding of our local community college system, and to be active in my belief that community colleges level the playing field for students to access a quality and affordable education,” Lassiter said.

An Edenton native, Lassiter has served in his current role with PCS since August 2018. Prior to that, he spent a little more than two years working as assistant superintendent of human resources and auxiliary services for Elizabeth City-Pasquotank Public Schools.

Lassiter previously worked for PCS as a principal from July 2013 to June 2016. Wells Fargo named him its North Carolina Principal of the Year in 2015.

“In my current role with Pitt County Schools, we have an amazing partnership with PCC through Career and College Promise, our Pitt County Schools Early College, and the PCC-PCS Technical Academy,” Lassiter said. “My PreK-12 experience will bring perspective on how we can better prepare our students for college and how we can continue to leverage our public education system.”

A two-time East Carolina University graduate, Lassiter earned a bachelor’s in elementary education in 2004 and a master’s in school administration in 2010. He received ECU’s 40 Under Forty Leadership Award in 2017 and earned his doctorate in educational administration and supervision two years later from N.C. State University.

Jeri, who was elected SGA president in the spring, will serve as an ex-officio member of the trustees board throughout the 2021-22 academic year. Born in Zimbabwe, she graduated from Farmville High School in 2020 and is now pursuing an engineering degree.

Also during Tuesday’s meeting, trustees selected officers for the new academic year. By unanimous vote, they re-elected Evans to serve as their chairman, Gloristine Brown as vice-chair and Ellis as secretary.