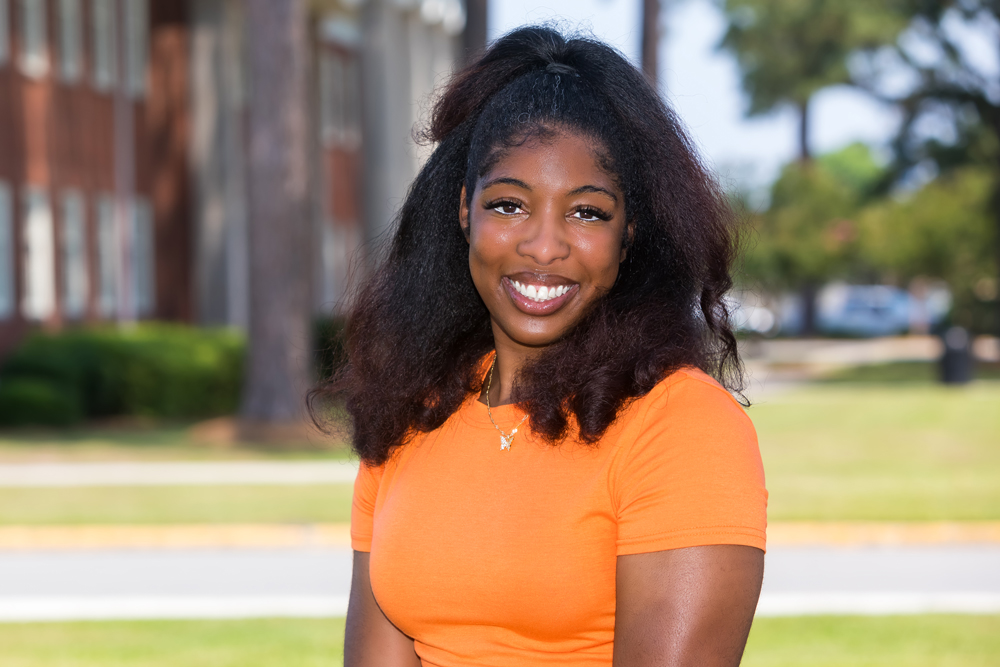 WINTERVILLE—When Pitt Community College Trustees hold their next official meeting later this summer, they’ll welcome Tahira Gatson to their board as an ex-officio member.

Gatson, who lives in Greenville, is PCC’s new Student Government Association president. She was elected during spring semester to serve as the voice of PCC’s student body throughout the 2022-23 academic year.

An IT: Computer Programming and Development student, Gatson is on track to complete an associate degree in December 2023. She says she ran for SGA president because she has leadership experience, understands what is required of good leaders, and wanted to share her experiences and lessons she’s learned with others in the hope of helping them develop their leadership skills.

“I wanted to give back to PCC for changing me into a much better student than I was when I was in high school,” Gatson said. “With my newfound leadership skills from the military and academic success, I wanted to share my skills, inspire, and teach others ….”

Gatson says her term as SGA president can be considered successful if she and her fellow officers provide excellent services and opportunities to students, increase awareness of SGA programming throughout campus, and encourage more students to participate in student government.

“I was in the Marine Corps for four years and have experienced and learned many things that I want to share with everyone in the best way possible,” she says. “That is why SGA is important to me, because I can share remarkable things on a larger scale that will benefit everyone.”

Originally from Plano, Tex., Gatson says friends would describe her as “unique, resourceful and brave.” She enrolled at PCC last year, not long after completing her military service. In fact, she says she first heard about the college from Marines at Camp Lejeune who had taken classes at Pitt, so she decided to follow in their footsteps.

“As I was close to leaving the military, I wanted to jump into college as soon as possible,” she said. “… I plan to obtain my associate in programming and then transfer to a four-year university, where I will pursue a bachelor’s degree in a different field. I love to diversify myself.”

In a relatively short time at PCC, Gatson has excelled academically and built an impressive list of accomplishments. In addition to SGA president, she is a Gamma Beta Phi National Honor Society member and president of PCC’s Phi Theta Kappa Honor Society chapter.

Upon completion of her educational endeavors, Gatson says she plans to open a website design business. She says she’s “always been into computers” and genuinely enjoys learning and creating new things through coding.

“When I was a bit younger, I used the social platform Tumblr and coded things into my blog to make it stand out,” Gatson said. “I did not know at the time that I was coding until I learned more about computers and the multitude of things you can do with them.”

Gatson will be sworn-in as a non-voting member of the PCC Board of Trustees after the new academic year begins July 1.