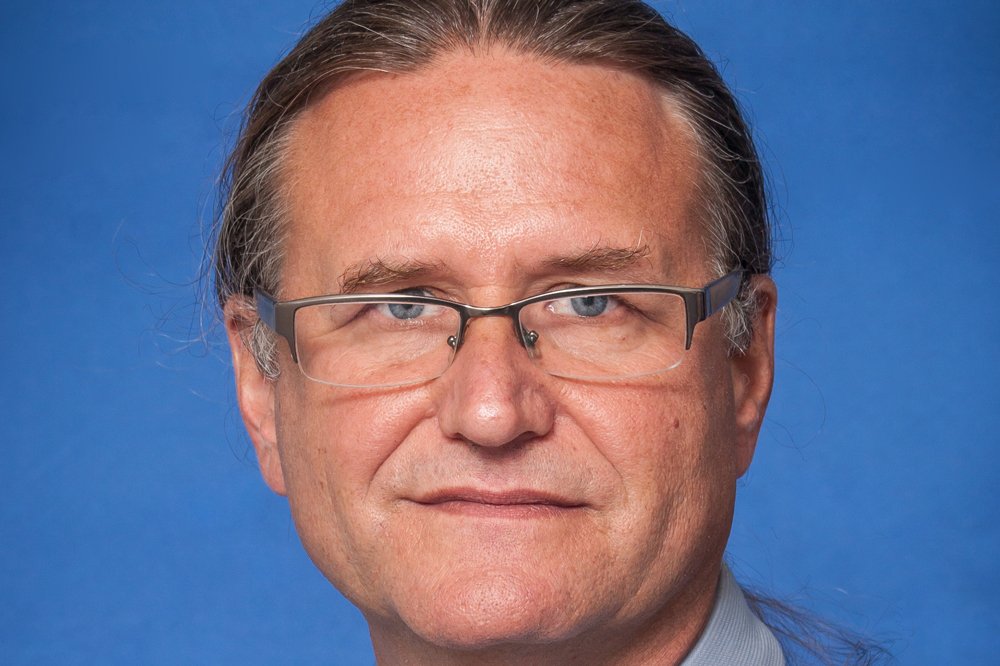 WINTERVILLE—Pitt Community College instructor Scott Temple will participate in a residency at Duke University during National Farmworker Awareness Week, a time for honoring farmworkers’ contributions to society and raising awareness of their living and working conditions.

At the invitation of Duke Anthropology Professor Charles Thompson, Temple will spend March 23-29 screening and interpreting “At a Stranger’s Table,” a documentary he created about farmworkers and consumers. The presentations will take place as part of Duke’s “Get on the Bus” program to showcase stories of eastern North Carolina farmworkers.

“We are quite pleased to be able to bring Mr. Temple to campus,” Thompson said, “and we count on him to help us make this week of events a success.”

Temple, who has taught English and humanities courses at PCC since 2016, says the idea for “At a Stranger’s Table” stems from a conversation he had with Juvencio Rocho-Peralta, executive director of the Association of Mexicans in North Carolina. During a community event in Greenville, he said, Rocho-Peralta encouraged him to chronicle stories from the Latino community.

“I am honored to be invited to spend a week at Duke University to help support the narrative of the East Coast migrant farmworker population,” Temple said. “I hope to increase community engagement around the issues migrant workers face.”

In particular, Temple says his remarks will focus on three themes: isolation, labor and sacrifice.

He said many migrant workers leave Mexico in desperate financial need to find agricultural jobs in the United States that provide funding they can send back home to their families. They often come to the US, he said, through H-2A visas – more than 20,000 H-2A workers in North Carolina alone, along with an estimated 80,000 undocumented/documented workers – and live in “temporary dwelling units” that fall far short of standard housing regulations.

“It is a great sacrifice to be away from the family under tough working conditions for six to eight months out of the year where they live with uncertainty,” Temple said. “Workers miss birthdays, family deaths, weddings, little everyday successes of their children, and communion with their spouses.”

In addition to speaking with students at Duke and at a farmworker conference in Chapel Hill about his documentary, Temple will discuss the film at several community organizations in Durham and Chapel Hill. He will also join artist Sally Jacobs, who served as co-director and creative director for “At a Stranger’s Table,” in presenting a bus sculpture she designed through an inclusive public art planning grant from the Z. Smith Reynolds Foundation.

“While filming the documentary, old school buses kept showing up as a tool in the farm community,” Temple said. “Sally Jacobs had the concept of turning a retired school bus into a sculpture as a way of providing a platform for the migrant farmworker community to share their narratives. I co-wrote a grant with Sally to receive funding for this artwork.”

Temple said Jacobs, a Greenville resident, found a home for the sculpture at Alice Keene Park by working with Pitt County officials and Keene herself. The grand opening, he said, will take place at the park May 2.

Before then, however, it will make several stops in the Durham-Chapel Hill area during Temple’s residency.

“This will be the first time the bus sculpture and documentary will be ‘in the world,’ after four years of commitment,” Temple said. “So, my hope is that it will uplift the community it serves and bridge cultural divides. By visitors getting on the bus and being engaged, I hope it will serve as an act of solidarity.”

Temple says the residency will also serve as a chance for two of his Introductory English students, Saul Rosario and Tobias Morgan, to spend at least a day at Duke University building “new connections and possibilities for collaboration” that enrich their college experience.

“This opportunity will provide Saul and Tobias with cultural experiences around issues concerning migrant farmworkers, allow for networking and connections with other students at Duke University, and help them develop social and communication skills,” Temple said.