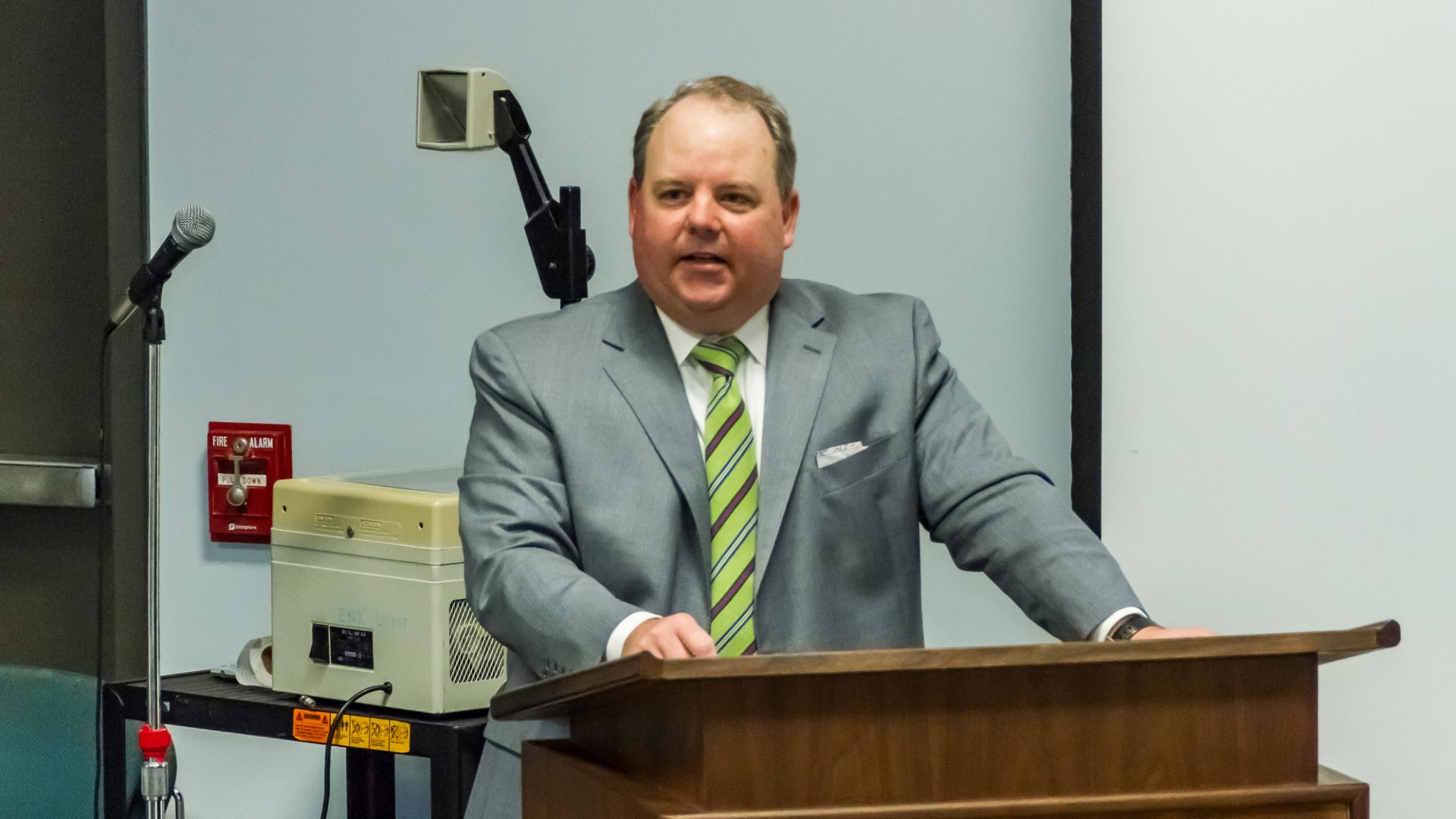 WINTERVILLE—Pitt Community College wrapped up the 2017-18 edition of its Leadership in Action Series Wednesday with a presentation by Scott Shook, chair of the 21-member board responsible for governing the nation’s third-largest system of community colleges.

A Greenville resident and financial advisor with BB&T Scott and Stringfellow, Shook has served on the State Board of Community Colleges since 2013, when he was appointed to a six-year term by former Gov. Pat McCrory to represent 20 northeastern North Carolina counties. He was selected for a two-year term as the board’s chair in 2015 and again in 2017.

In his remarks at Pitt, Shook shared his thoughts on leadership, which he said matters in every facet of an organization. He emphasized the importance timing has on successful leadership and noted that it’s not only essential to say the right things at the right times, it’s important to understand that what may not have worked at one time may be the perfect solution at another.

“Sometimes, the type of leader an institution needs can be very different depending, again, on the timing,” he said. “People need to identify the ‘right’ leader at the ‘right’ time.”

While part of his presentation dealt with what leadership is not—sycophancy, whining, drama and double crossing—a majority of Shook’s time was spent discussing the positive qualities leaders possess.

Great leaders, according to Shook, have a solid moral compass, consider others’ opinions, make tough decisions when necessary, and accept responsibility, even when they make mistakes. They can change with the times, he says, and are willing to roll up their sleeves and work hard without concern for who gets the credit for a job well done.

“We must be somebody that someone wants to work with and for,” he said, adding that true leaders leave situations better than they were when they found them.

Ultimately, Shook says, great leaders identify the “best fits” for people within their purview. They find out what’s important to them and what they are good at in order to determine how to utilize their strengths, he said.