Spain, Vick Give Presentation on Classroom Management at NISOD Conference in Texas 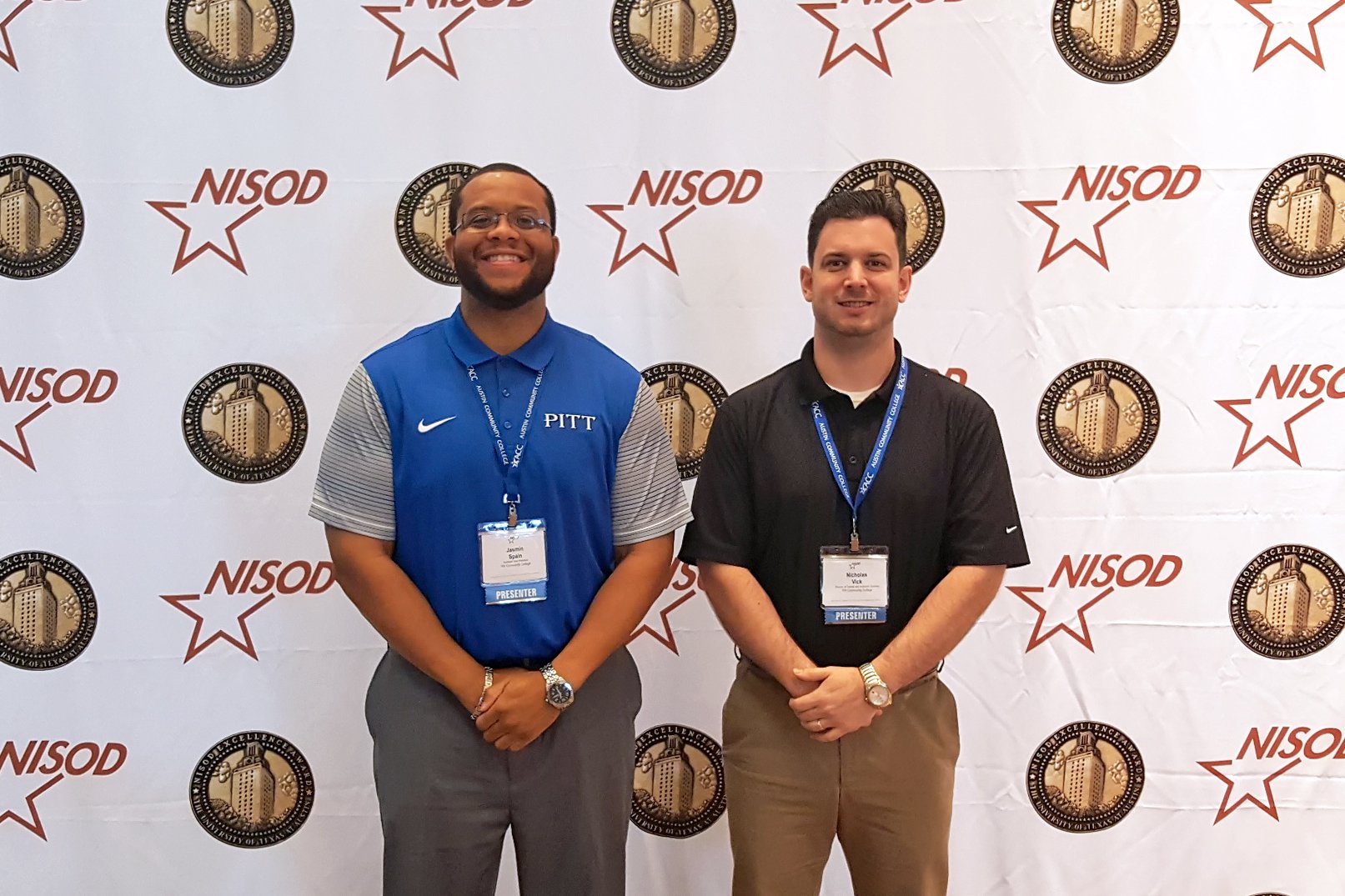 The workshop, titled “Classroom Management 2.0: Cultural Competency for Faculty,” took place in Austin, Texas, over Memorial Day Weekend, as part of NISOD’s annual professional development conference for college faculty and staff from around the globe.

Spain, PCC’s Assistant Vice President of Student Development and Community Standards, said he and Vick spoke to a standing room-only audience about the need for instructors to recognize students as individuals in order to build a deeper connection with them that leads to effective classroom management.

“It was an opportunity for us to have a forthright conversation with college faculty about cultural competency’s impact and influence on their ability to manage classrooms,” Spain said.

Vick, who is director of PCC’s Tutorial and Academic Success Center, added that the presentation included a discussion of cultural worldviews and an activity that engaged participants. He and Spain also shared high-impact practices with regard to instructional approaches for diverse community college students.

In 2017, Spain and Vick conducted a breakout session during the NISOD conference titled “Classroom Management: Enough with the Nonsense.” They gave the same presentation during Academic Integrity Week at East Carolina University several months later as part of a program sponsored by ECU’s Office of Student Rights and Responsibilities.

Earlier this year, the two participated in an international NISOD webinar on classroom management. Spain said he and Vick have also been asked by several community colleges in North Carolina and from other states to give the presentation on cultural competency’s role in classroom management at their institutions.