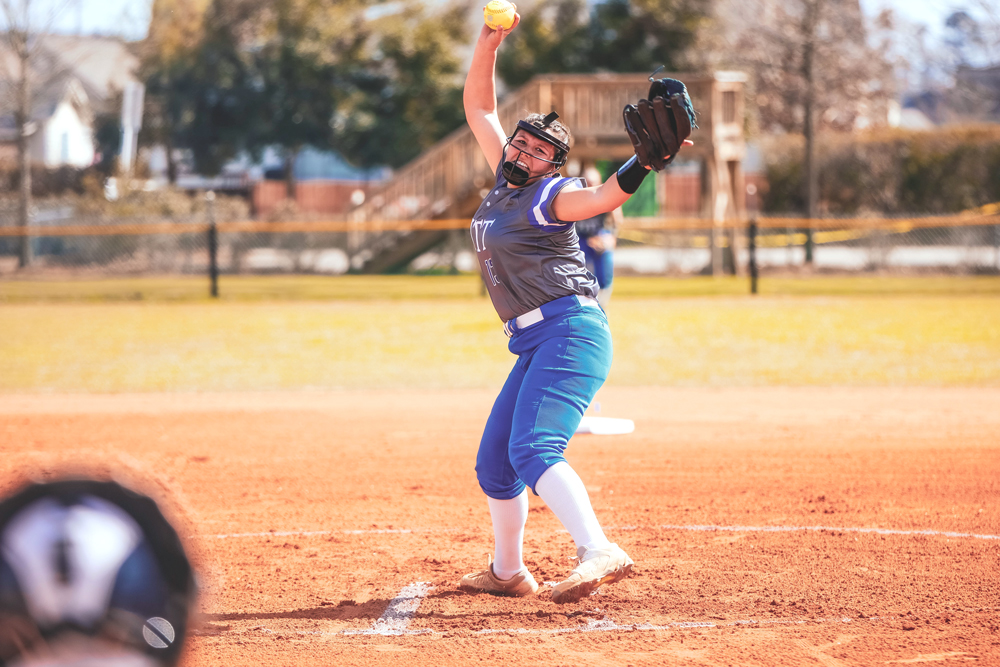 At the time, the one-run losses seemed like a really big deal to PCC players and fans. After all, they came in the Region 10 Conference Tournament and ended the Bulldogs’ season short of a national championship bid.

That was May 11, 2021, and less than a month later, the PCC community would get an unwelcomed reminder about what truly matters in life.

While traveling along U.S. Highway 264 on a rainy June morning, 18-year-old Abby Foster, a rising sophomore pitcher at PCC, was killed in a car wreck, along with three of her friends: John Winstead and siblings Madison and Devlin Wilson. A third member of the Wilson family, Dakota, was injured in the collision, which occurred when a box truck crossed the median and struck the car Foster was riding in head-on just north of Greenville.

“The Pitt softball program and athletic department has suffered a tremendous loss,” PCC Athletic Director Dawn Manning said shortly after word of the accident began to spread. “Abby was a fantastic young lady who succeeded academically and athletically for the Bulldogs. She was a leader on the field and a treasured friend to her teammates.”

On Feb. 26, Foster’s teammates will take the field at Winterville Recreation Park for their first official home games since those season-ending losses to the Stingers. And, as fate would have it, they’ll be facing Florence-Darlington once again.

Prior to the contests, at 12:30 p.m., PCC Softball will pay tribute to Foster and retire her #13 jersey, ensuring her memory lives on for generations of Bulldogs to come. Abby’s mother, Nickie, will throw out the ceremonial first pitch. Her father, Shawn, will also be on hand for the ceremony along with her brother, Alec, and other family members and friends.

“It’s a special honor to retire the #13 jersey in memory of Abby Foster,” PCC Softball Coach Cassie Harrell said. “The jersey retirement ceremony will not only recognize Abby’s athletic accomplishments, but also the everlasting impact she left on our lives, softball program and institution.”

Foster, who lived in Farmville, made 17 appearances as a freshman, going 6-2 from the circle with one save. Her teammate, Abbi Carpenter, remembers her as a selfless player who always put the team first.

“Abby was the perfect example of what a great teammate looks like,” Carpenter said. “She was always welcoming to everyone and always made everyone feel included …. She will always hold a special place in our hearts and will never be forgotten.”

Bulldogs pitcher LeAnn Pittman agreed, saying Foster was loved by many and is greatly missed.

“Abby always had a smile on her face and was a pure joy to be around,” Pittman said. “She loved spending time with her family and friends and was always eager to become a better person, on and off the field.”

A 2020 graduate of Farmville Central High School, Foster earned “All-Academic Region 10” honors for her efforts in the classroom during the 2021 spring semester. She was enrolled in PCC’s Associate in General Education curriculum with plans to study medical sonography at the college, once she completed the program’s entrance requirements.

PCC Student-Athlete Advisor Brooke Green said Foster was the quintessential student-athlete – exceptional on the field and in the classroom.

“Her character was genuine, her smile lit up the room, and she was always there for anyone,” Green said. “We had many conversations about her future and her goals, especially when it came to her academics. I could truly see her passion for her future and her love for the game of softball.”

All proceeds from Pitt’s doubleheader with Florence-Darlington will go toward the Abby Foster Memorial Scholarship Fund. Manning says the scholarship has been established with the PCC Foundation and will be awarded to a PCC softball player.