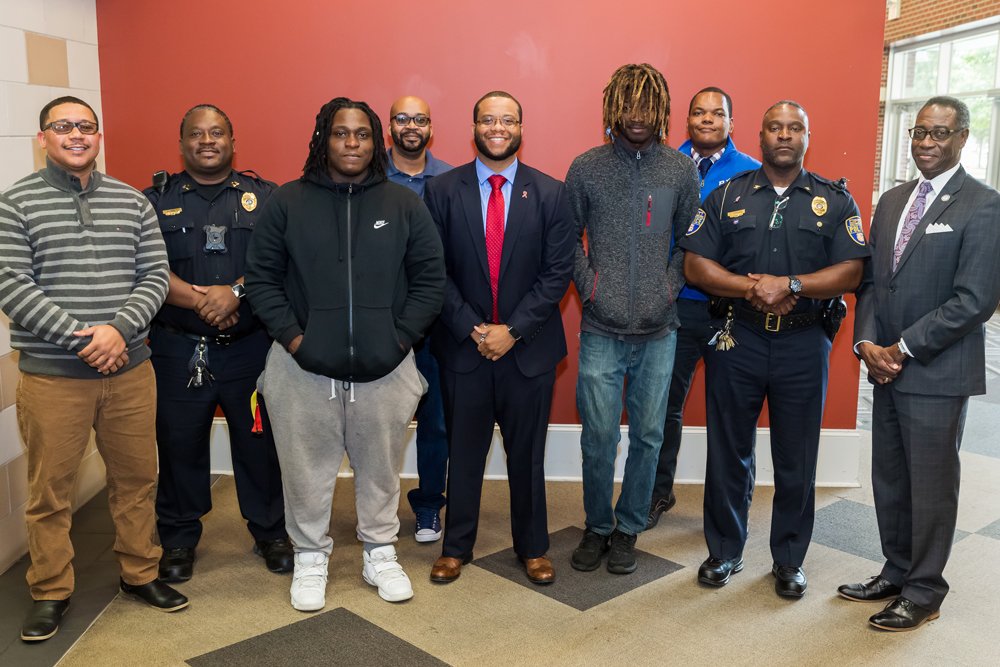 According to Jasmin Spain, PCC Assistant Vice President of Student Development & Community Standards, more than 15 students have received the Minority Male Success Initiative Scholarship (MMSIS) since it was created by minority male employees in January 2017. The funds, he said, have been used to purchase everything from gas cards and textbooks to meals and bus passes.

“The scholarship is giving PCC the ability to assist students beyond the services offered by its Minority Male Success Initiative, which is a state-funded program intended to strengthen minority male student outcomes,” Spain said. “Our goal is for students to complete their educational objectives, and the scholarship is helping some of them do just that.”

PCC Welding Instructor Charles Newkirk says MMSIS funding helped one of his former students, Joshua Hardy, complete a course that resulted in a welding certificate and another, Octavius Tyson, finish an associate degree in welding. He said Hardy is starting a new job at Winterville’s Roberts Company while Tyson is working with his uncle’s mobile welding business.

Edwin Franklin, who teaches Developmental English at Pitt, said he asked student Kelvin Ebron how MMSIS had impacted his life. He said Ebron responded by saying it had taught him to have patience while working through difficult times and to realize that there are minority males at the college in his corner, encouraging him to become a man and fight to accomplish the goals he’s established for himself.

“MMSIS is making the difference we hoped it would when it was first established,” Spain said.

PCC Vice President of Institutional Advancement Susan Nobles said contributions to the PCC Foundation in support of MMSIS can be made at any time. She added that individuals interested in supporting the scholarship can call (252) 493-7287 for more information.