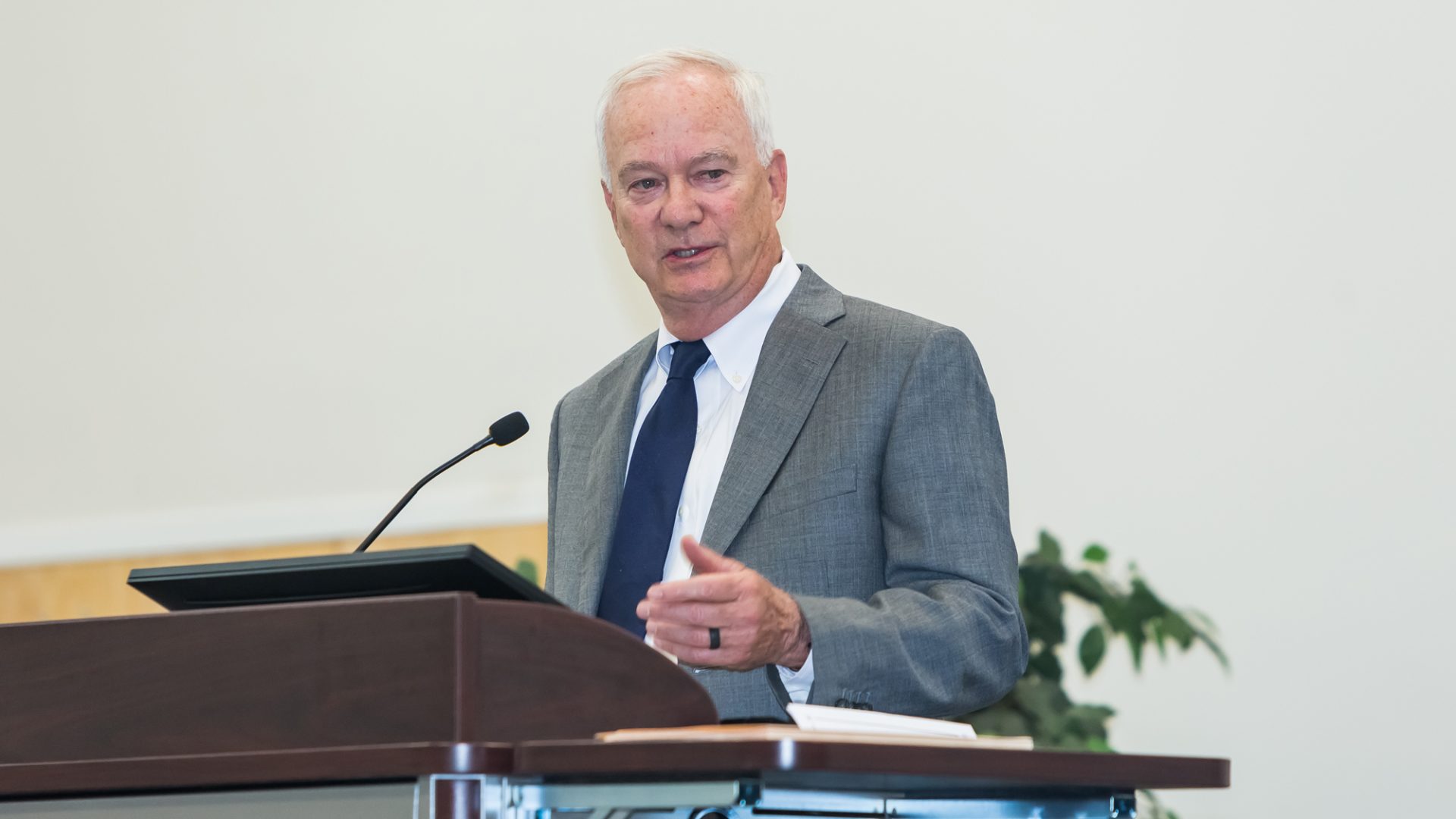 WINTERVILLE—The Pitt Community College Respiratory Therapy (RT) program showed its appreciation to retiring Medical Director Robert Shaw this month by presenting him with a plaque in commemoration of his 35 years of service.

A clinical associate professor with East Carolina University’s Brody School of Medicine (BSOM), Dr. Shaw has served as medical director of Pitt’s RT program since it began in 1983.

During the RT program’s May 4 pinning ceremony, PCC Respiratory Therapy Department Chair Rusty Sugg said Shaw has been “an active leader and strong supporter of student success” and called his dedication unparalleled.

“We have been so fortunate to have a leader with the insight and knowledge to guide the program in a positive direction,” Sugg said, adding that Shaw has been instrumental to the success and longevity of PCC’s Respiratory Therapy program.

“Dr. Shaw has been very involved in the daily operations of the program,” Sugg said. “He is an active member of our advisory committee board and makes suggestions for changes that positively impact student enrollment and success.”

In addition to occasional classroom lectures at PCC and allowing students to fulfill clinical education requirements at his office, Shaw created team-based learning simulations in 2010 that involved second-year PCC Respiratory Therapy students working alongside Vidant Medical Center nurses and medical residents from Vidant and BSOM. The simulations focused on caring for patients in acute respiratory distress and were designed to foster increased cooperation between various health care professionals.

After observing the initial simulations, Shaw said the excellent instruction the PCC students had received more than prepared them to assist nurses and residents during the training. He added that the Pitt students often directed the actions of other team members who were less experienced in respiratory care.

“Dr. Shaw has always been a strong patient advocate and team player with all health care providers,” Sugg said. “… The team-based learning simulations [he initiated] continue to this day and are instrumental in the professional development of our students.”

Though he will no longer serve as medical director, Shaw’s legacy at PCC will carry on through a scholarship established with the PCC Foundation to help future Respiratory Therapy students achieve their educational goals. The inaugural Dr. Robert Shaw Respiratory Therapy Scholarship worth $500 was presented to RT student Kellen Wilkerson in July 2014.