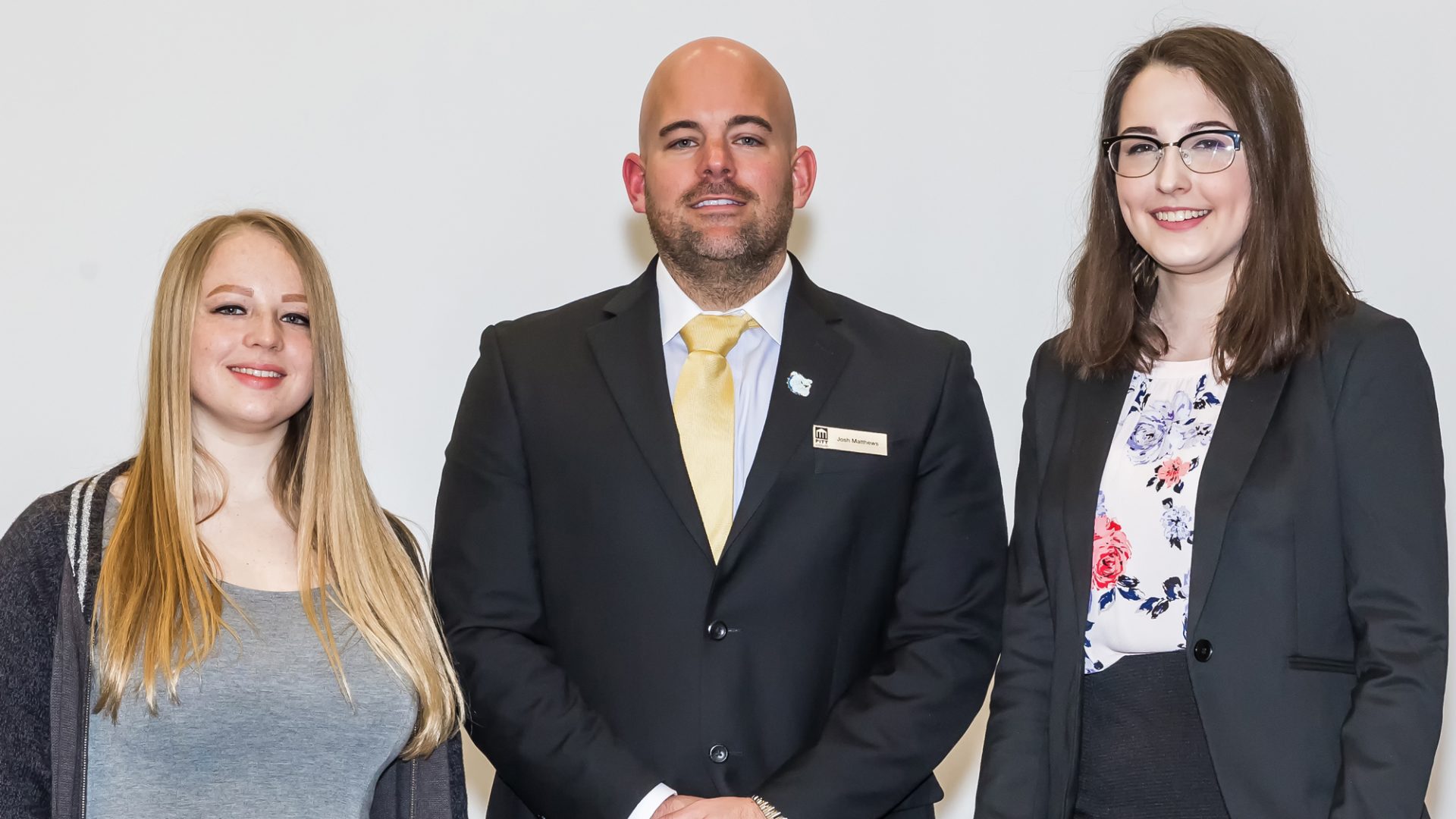 WINTERVILLE—Pitt Community College students battling for top honors in the college’s annual public speaking contest shared their thoughts on what they consider to be the most important social issue plaguing America today.

Eight students participated in the competition, which took place Tuesday afternoon and featured cash prizes for the top five finishers. A tally of the final scores determined that Grace Fields and Annagrace Saufley tied for first, followed by Tyler Brooks, Jessica James and Emma Walls.

Fields, a 2017 graduate of Ayden-Grifton High School from Winterville, is in her first year of the Associate in Science program. Her speech focused on the need for improved treatment of mental health issues.

Whether the answer involves making it more of a budget priority, additional treatment centers, better patient follow-up, or a combination of measures, Fields said America’s mental health care process is failing and should no longer “remain in shambles.” She said eliminating the stigma associated with mental health issues is also part of the solution, adding that “mental health should be viewed as any other health issue.”

For Saufley, a high school junior from Greenville taking courses at PCC through the Career and College Promise Program, the country’s top social issue is intimate partner violence (IPV), or what the Centers for Disease Control and Prevention describes as “physical violence, sexual violence, stalking and psychological aggression (including coercive acts) by a current or former intimate partner.”

Noting that IPV doesn’t discriminate by race or social status, Fields cited a World Health Organization study that found nearly 30 percent of American women have experienced physical or sexual abuse from an intimate partner in their lifetime. In addition to physical and mental health problems for those directly affected by IPV, there are costs to society in terms of health care expenditures and reduced work production.

Started in 1994 by former PCC Communication Instructor Greg Baldwin, PCC’s public speaking contest required each competitor to speak between four and five minutes about the impact of the social issue they selected to discuss, the importance of addressing the matter, and actions that could be taken to positively resolve it. Scoring was based on introductions, use of outside sources, reasoning, organization, language, vocal variety, conclusion, poise, eye contact and overall impression.