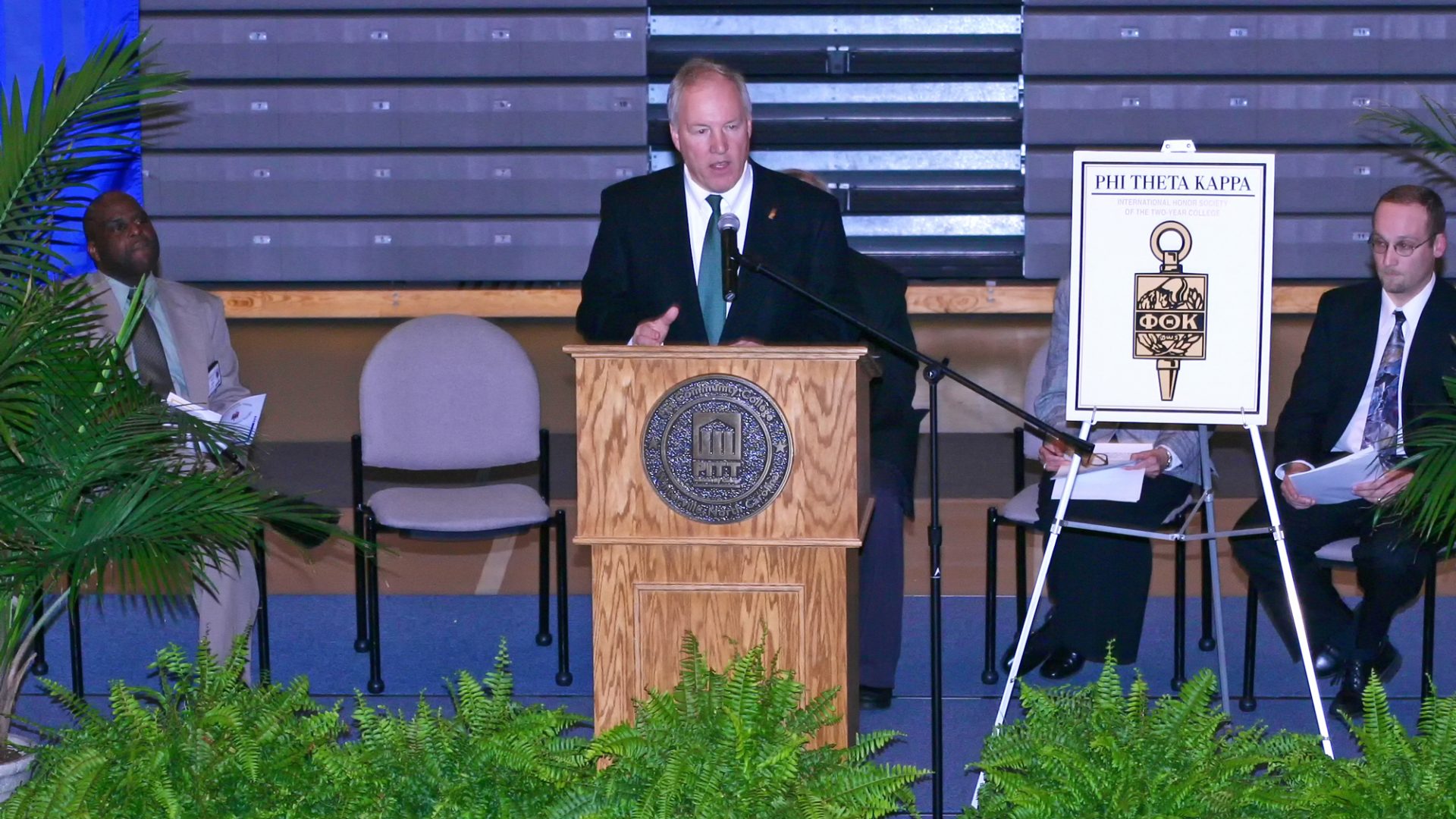 Massey will be one of 13 presidents from community colleges across the nation to receive PTK’s Michael Bennett Lifetime Achievement Award during PTK Catalyst 2018, the society’s annual convention. The event will take place in Kansas City, Missouri, April 19-21.

Bennett Awards honor retiring college presidents who have provided consistently outstanding support to PTK chapters and advisors throughout their careers. The award is named in honor of the late Dr. Michael Bennett, longtime president of St. Petersburg College in Florida.

Massey, who announced in the fall that the 2017-18 academic year would be his last as PCC president, came to Pitt in 2003 and was instrumental in starting the college’s Beta Nu Upsilon chapter of PTK to recognize students for demonstrating high academic achievement. The group inducted its first 60 members during a ceremony in the Charles Coburn Center on March 17, 2005.

The Bennett Award is the second significant honor Massey has received from PTK. In 2016, he was among 21 college leaders to receive a Shirley B. Gordon Award of Distinction in recognition of outstanding efforts to promote PTK’s goals.

Established in 1918, PTK is the oldest, largest and most prestigious honor society recognizing students pursuing two-year degrees. The organization is comprised of more than 3.5 million members and nearly 1,300 chapters in nine nations.