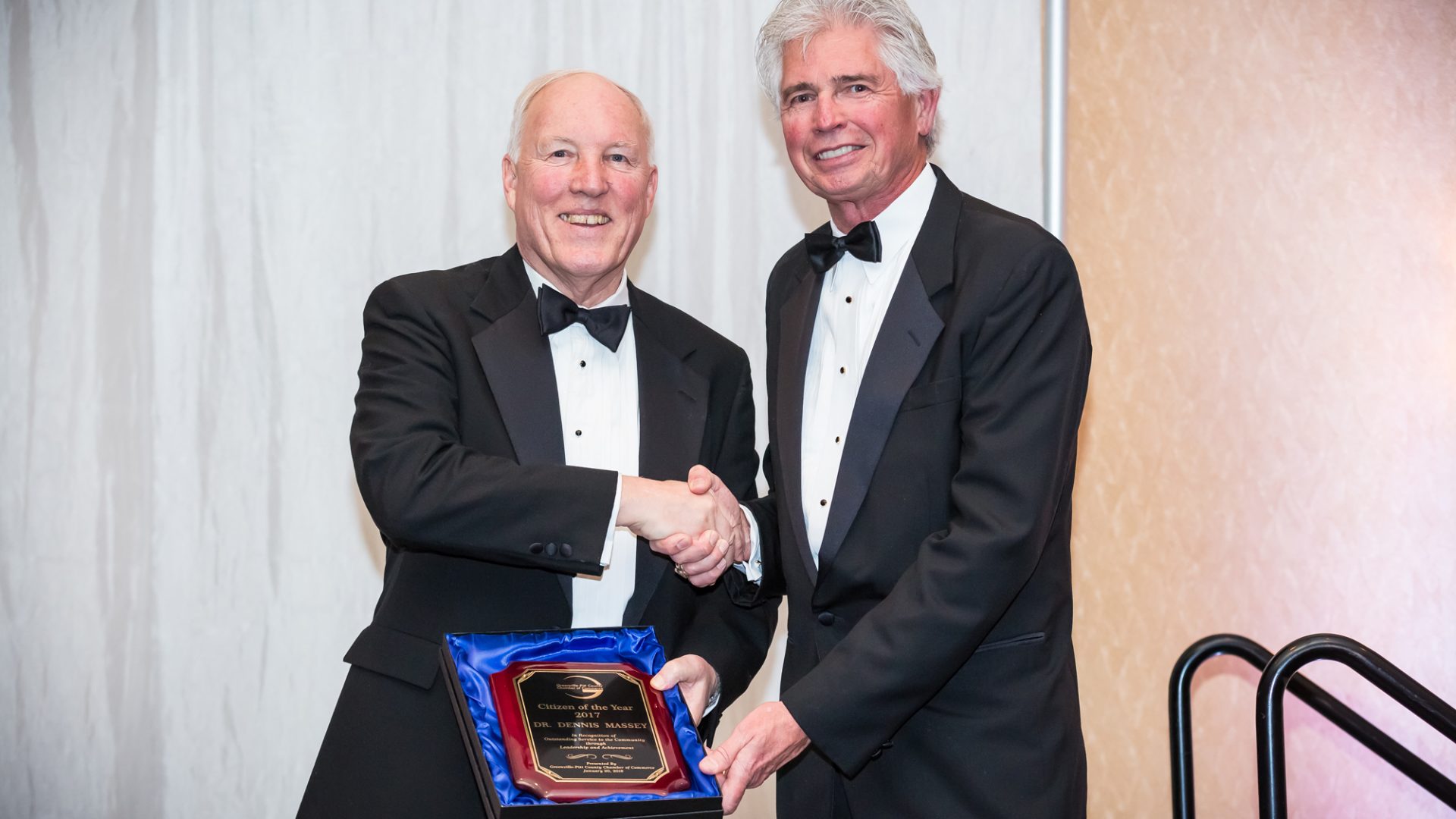 The award, which was announced by the chamber’s 2016 Citizen of the Year recipient Max Joyner Sr., was given to Massey in recognition of his “outstanding service to the community through leadership and achievement.”

“What an honor it was to be recognized in this way — definitely a defining moment in my higher education career,” Massey said. “But more than that, it was an endorsement of what Pitt Community College has accomplished and how important PCC is to the community and the region. In this sense, it was an award for all employees and stakeholder/partners of the college.”

Massey, who announced in September that he will step away from his role with the college this summer, has accomplished much in nearly 15 years as president by focusing on student achievement, program completion and career placement.

PCC—currently North Carolina’s sixth largest community college in terms of student credit hours—serves more than 23,000 students in credit and non-credit programs each year, approximately twice the number it served when Massey replaced the retiring Charles E. Russell as PCC president in 2003. Of the 18 buildings currently on Pitt’s main campus, nine were constructed with Massey as president.

A recent economic study of PCC’s service area documented the positive results of that growth and reaffirmed the college’s importance to Pitt County. The analysis showed that with Massey at the helm, Pitt had a $277.2 million-impact on the local business community during the 2015-16 FY.

Prior to becoming the fourth president in PCC’s 57-year history, Massey was interim president and vice president of Academic and Student Affairs at McHenry County College in Crystal Lake, Illinois. When he joined the PCC administration, he already had more than 31 years of experience in higher education in Illinois, Oregon, Wisconsin and Japan.

Though he has not mentioned any career plans to follow his PCC tenure, Massey has said he will continue to live in Greenville as he spends more time with his family. He and his wife, Chikako, have two sons, Ken and Sam, and five grandchildren living in Pennsylvania and Florida.