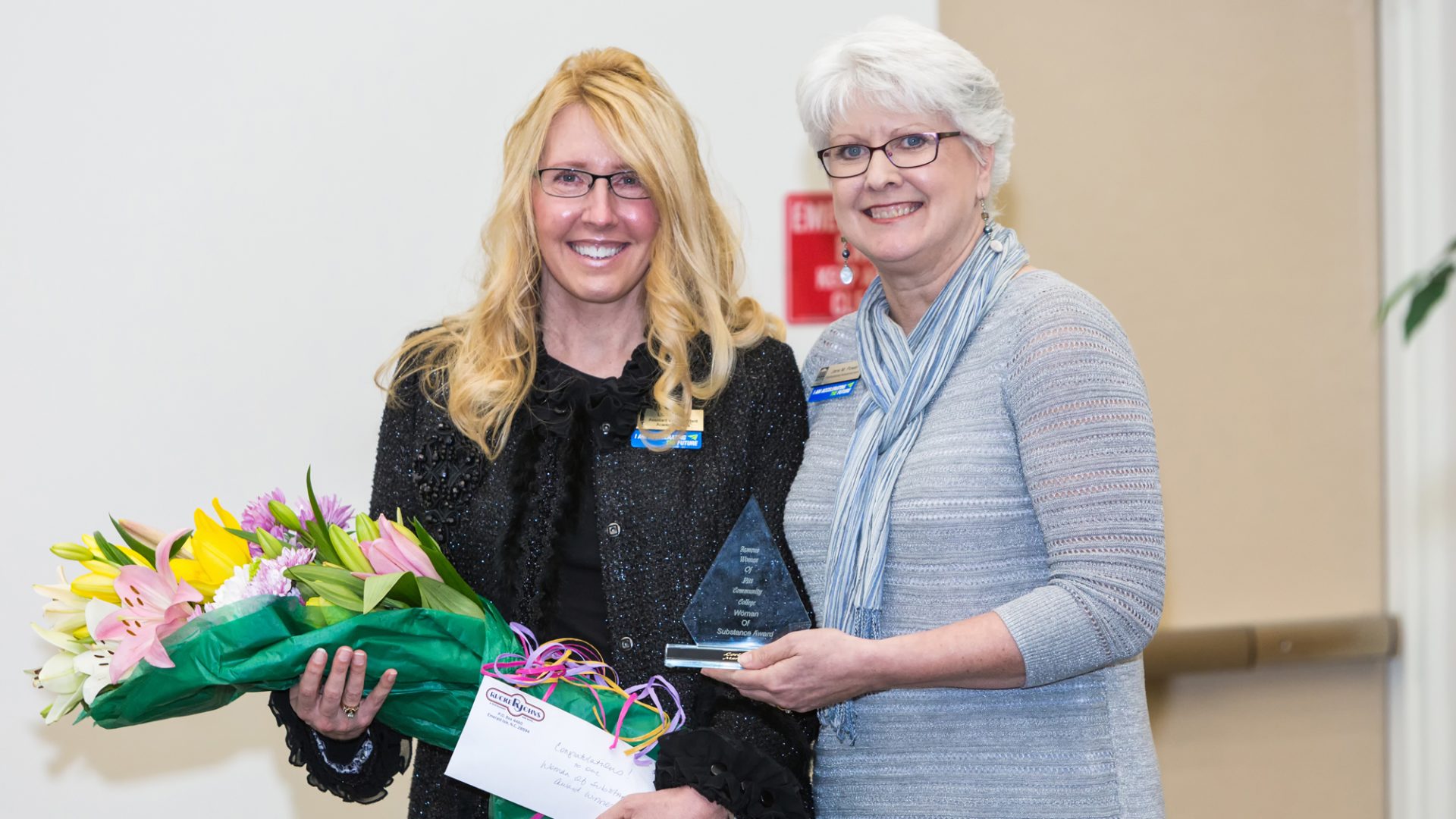 WINTERVILLE—As part of its Women’s History Month program on Wednesday, Pitt Community College presented the 2018 Woman of Substance Award to Lori Preast in recognition of leadership, dedication to education, and commitment to student success.

Preast, who is PCC’s assistant vice president of Academic Affairs, is the 17th employee to receive the award, which was established by the college’s Multicultural Activities Committee (MAC) and Student Government Association to recognize and encourage outstanding women role models on campus.

“To even be in the company of those nominated for the Woman of Substance Award, past and present, was humbling,” Preast said. “So, when they announced that I was the recipient, the tears started flowing.”

A native of Davenport, Iowa, Preast started work at PCC in 2013 as director of Teaching and Learning Development. She served in that role until September 2014, when she was promoted to her current position in which she oversees a host of educational programs and services.

Though Preast carries out her responsibilities without the slightest hint of self-promotion, her co-workers were taking note of her accomplishments nevertheless.

“(Lori) has had an undeniable impact on our staff, faculty and students at PCC,” one of her award nominators wrote. “Her zeal for student success is contagious. The dedication to PCC is apparent in her attendance at every event, from student activities to athletic games and fundraisers.

Another nominator stated that Preast is a woman of wisdom, character and commitment to making a difference in the lives of those she encounters through her work and volunteerism.

“She advocates for PCC whether she is on or off campus,” the person wrote. “Lori’s smile, backed by genuine compassion, has made a lasting impact on those with whom she has come in contact. She definitely is a woman of substance in action.”

Since moving to Greenville five years ago, Preast and her husband, Dwayne, have embraced Pitt County and its citizens. In addition to supporting PCC Foundation activities, she volunteers with the Children’s Miracle Network, Martin-Pitt Partnership for Children and Literacy Volunteers of Pitt County.