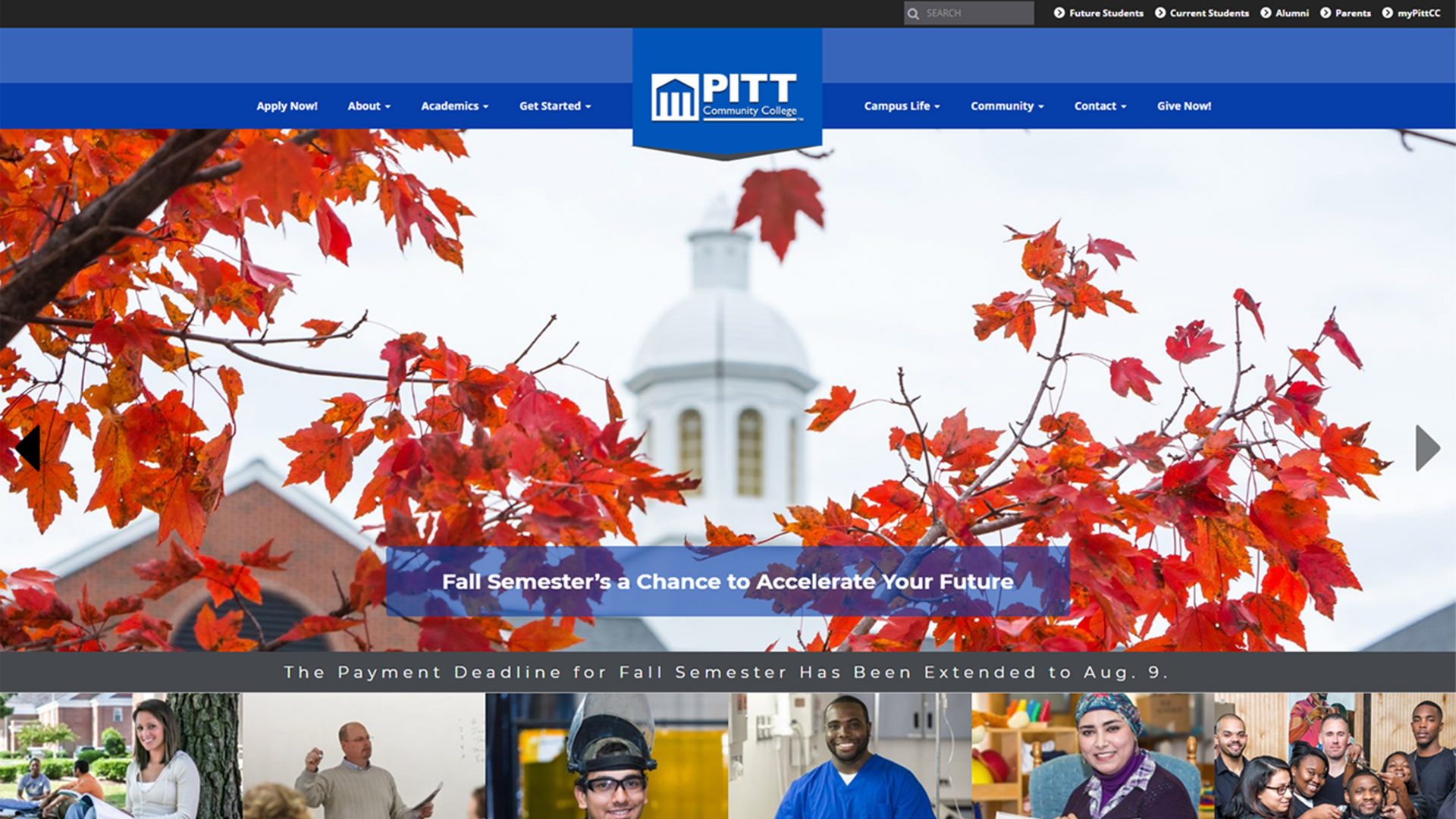 WINTERVILLE—Pitt Community College officials were notified by the Association of Marketing and Communication Professionals (AMCP) this month that the college’s newly-redesigned website won gold in the organization’s annual international dotCOMM Awards competition.

Officially launched on May 25, PCC’s new website was developed by Chapel Hill’s AndiSites, Inc., which received guidance from a five-member web committee at the college throughout the redesign process. It had been nine years since PCC’s last website redesign when the college selected AndiSites in early 2017 to carry out the comprehensive project.

“A lot of time and hard work went into the redesign of our website, so it’s an honor for PCC to be recognized with this award,” said PCC Marketing Director Jane Power, who served as co-chair of the college’s web committee. “Our goals when we started the redesign project were to make the college’s public website more user-friendly and mobile-friendly, and I think we managed to accomplish both.”

The 2018 dotCOMM Awards competition, which was administered and judged by AMCP, garnered more than 2,000 entries from 14 countries, including the United States and Canada. Entries were submitted by corporate marketing and communication departments, digital shops, advertising agencies, public relations firms, production companies and freelancers.

Based in Dallas, Texas, AMCP is an international organization comprised of several thousand marketing, communication, advertising, public relations, media production and free-lance professionals. Its judges are industry professionals who look for companies and individuals whose talent exceeds a high standard of excellence and whose work serves as a benchmark for the marketing and communication profession.