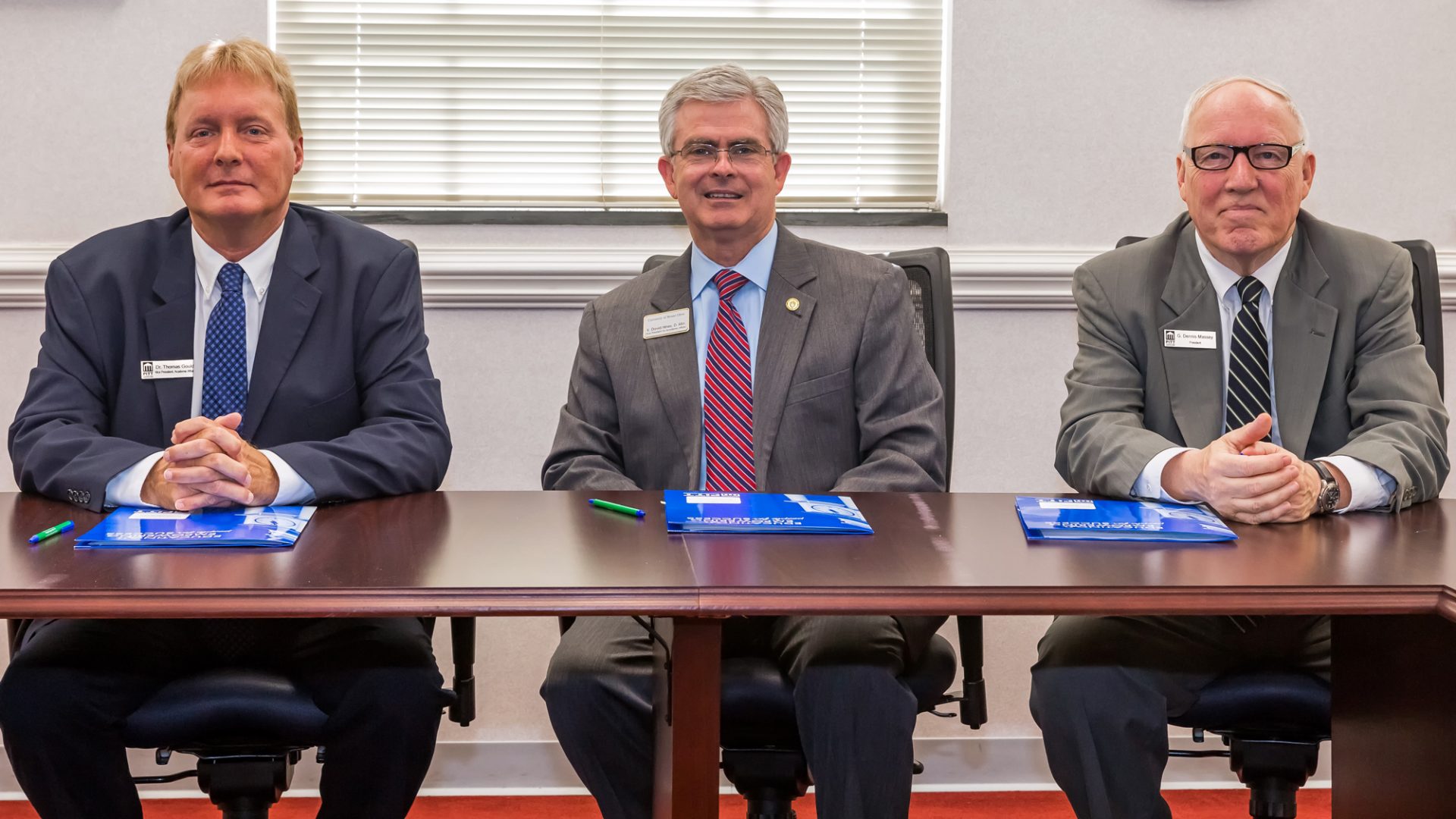 WINTERVILLE—Pitt Community College and University of Mount Olive administrators signed an articulation agreement this month that gives graduates from three different PCC business programs an opportunity to seamlessly transfer to UMO and pursue a four-year degree.

Following the signing ceremony, PCC Business Division Dean Katherine Clyde said the agreement “should form the basis of a strengthened relationship between the two institutions” and added that PCC is looking forward to working with UMO to better prepare students for the workforce.

“This agreement will make it easier for our graduates to transfer to the University of Mount Olive as they will know exactly which credits UMO is accepting from PCC,” Clyde said. “Graduates from these three programs should have about two years of classes remaining for a bachelor’s degree once they reach Mount Olive.”

UMO Vice President for Academic Affairs David Hines says the partnership with Pitt is part of the university’s efforts to “build bridges, not barriers.” He said it gives students who have experienced success at PCC a chance to carry that positive momentum over to Mount Olive, with the added assurance that none of their credits will have been wasted.

“We want students to finish their programs [at PCC],” Hines said. “We want to serve your graduates.”

PCC President G. Dennis Massey said that even before the new articulation was in place, Pitt and UMO already had several key connections. He noted that current PCC Trustee Gary Evans transferred to Mount Olive for a bachelor’s degree after completing his studies at PCC. Dr. Lawrence Rouse, who will become PCC president when Massey retires this summer, is currently serving on the UMO Board of Trustees.

“Pitt Community College has worked with Mount Olive for a long time,” Massey said. “There’s a lot of support and interest for Mount Olive in this community. I’m looking forward to this partnership blossoming and growing in the years to come.”

Founded by the Convention of Original Free Will Baptists in 1951, Mount Olive College became the University of Mount Olive in 2014. The private university, which has eight locations in eastern North Carolina, served 4,307 students during the 2016-17 academic year.