Trustee is Farmville ‘Distinguished Citizen of the Year’ 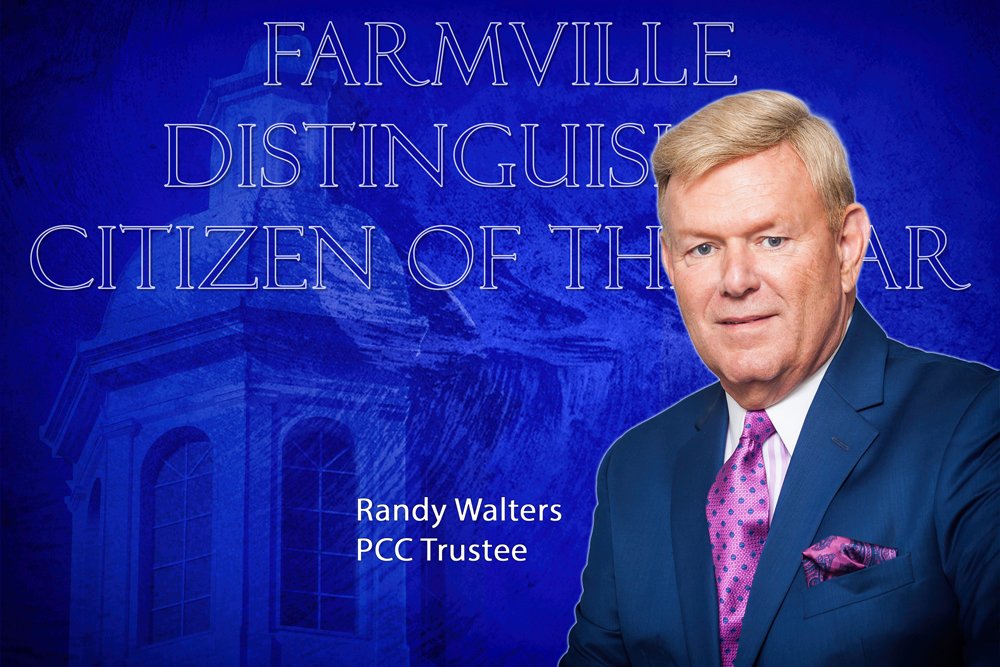 WINTERVILLE—Pitt Community College Trustee Randy Walters was honored this month as the Town of Farmville’s “Distinguished Citizen of the Year.”

The award, which was presented by the Boy Scouts of America’s East Carolina Council, was announced Tuesday morning during Henry Hinton’s “Talk of the Town” radio program.

Walters, a Greenville native and former Boy Scout, said he was grateful for the honor and to be recognized for his service to the Farmville community. But he was quick to point out that he was accepting the award “on behalf of everyone in Farmville who has contributed” to the town’s economic development.

“I don’t know of anybody who loves Farmville more than I do,” Walters said. “To be honored by the town I’ve lived in most of my life and raised my family in means a lot. But it has taken more than just me to make things happen here.”

Walters has lived in Farmville since he moved there in 1970 to work at Farmville Furniture Company. He purchased the 115-year-old furniture store 25 years ago and has been its president ever since.

In addition to his role as a business owner, Walters has served as chairman of the Pitt County Development Commission and has been an avid supporter of Farmville’s chamber of commerce and arts council. In late 2011, he and several friends formed The Farmville Group, a grassroots organization dedicated to the town’s economic revitalization.

Walters also serves as trustee of the DeVisconti Trust, which has provided financial assistance to many of Farmville’s economic improvement initiatives.

“The DeVisconti Trust has made it possible for Farmville to do things other small towns simply could not afford to do,” he said. “But not only has the Trust been generous, the people of Farmville have been generous with gifts of real estate and financial contributions.”

A longtime PCC Foundation Board member with nearly 20 years of service, including two as chairman, Walters joined the PCC Board of Trustees in 2014. He was reappointed for another four-year term in 2018 and currently serves on the board’s executive and personnel committees.

In 2013, Walters helped Pitt generate community support for a $19.9 million-bond referendum as co-chair of the PCC Bond Referendum Advocacy Committee. Pitt County voters ultimately approved the bond, which was used to construct the Walter & Marie Williams Building and purchase and renovate a facility near campus for law enforcement training.

“There’s not a more valuable asset to Pitt County than Pitt Community College,” Walter says. “I’m an avid supporter of the community college system, and PCC is one of the finest community colleges in the state.”

A 1968 graduate of East Carolina University, Walters and his wife, Anne, have two sons and four grandchildren.