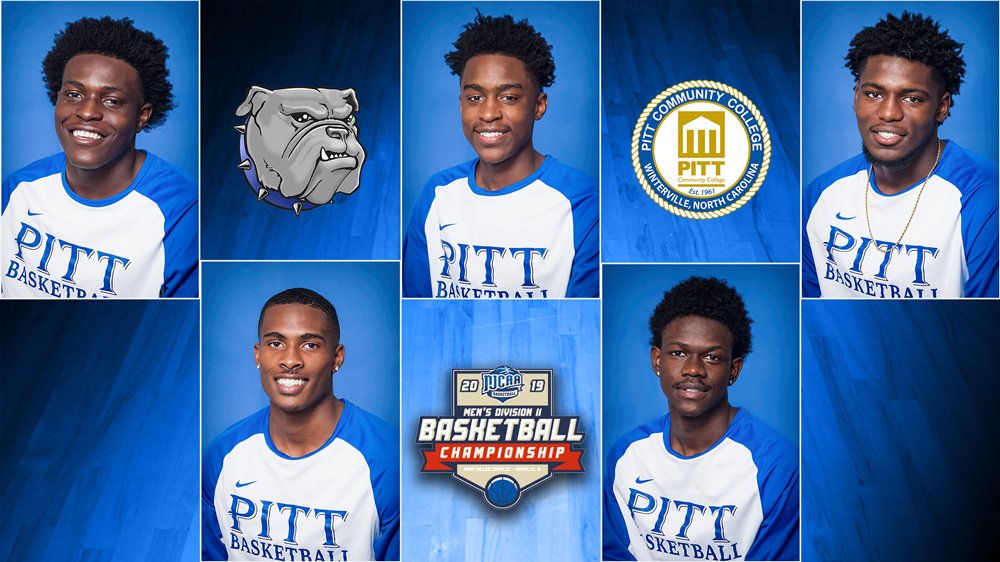 PCC (24-9) jumped out to a 7-0 lead within the first two minutes of play and never trailed in topping the Blue Knights. The largest lead for the Bulldogs, who were up 37-26 at halftime, came at the 10:49 mark of the second half, when a Rujon Walters basket made it 58-35.

Rebounding and free throws played a significant role in today’s outcome. Pitt went 22-for-36 from the foul line compared to Dakota Tech’s 9-for-23 effort, and the Bulldogs outdueled DCTC on the glass by a 51-30 margin. Clark led the way with 17 boards, including nine offensive.

Neither team shot the ball particularly well from the field and both committed numerous turnovers, but PCC bettered Dakota Tech in second-chance scoring opportunities (16-11), points off turnovers (19-15) and points in the paint (40-26).