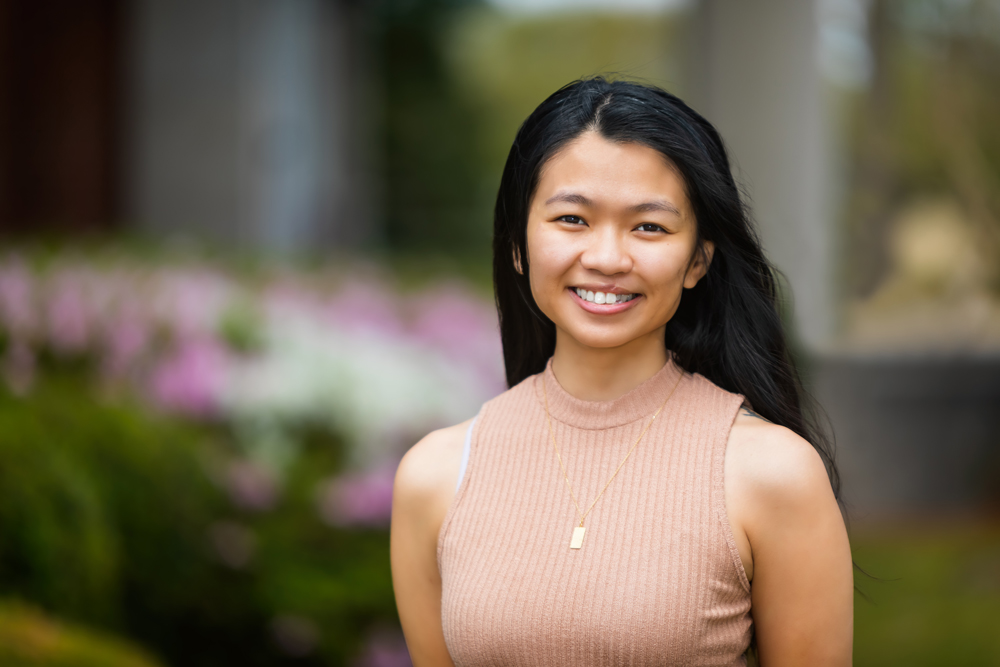 Tran, who is pursuing an Associate in Engineering degree, was recently announced as one of just 417 college students in the nation to earn the prestigious award. She was the only community college student in North Carolina to receive it and one of just six nationwide.

“When I received the email from the (Goldwater) Foundation, I was so nervous that I couldn’t process what it said, despite reading the email twice,” Tran said. “I was in shock and disbelief. Once my nerves subsided, it still felt surreal, but I am extremely grateful for this opportunity.”

As a Goldwater Scholar, Tran will receive as much as $7,500 annually to cover the cost of tuition, fees, books, and room and board for a maximum of two years (or four semesters). She’s on track to receive an Associate in Science this spring and an Associate in Engineering by the fall, with plans to transfer to a four-year institution for a bachelor’s degree in biomedical engineering and, ultimately, a doctorate.

“I always thought obtaining a Ph.D. was unrealistic and I was not smart enough,” Tran said. “When I found out I won the Goldwater Scholarship, I realized my self-limiting beliefs and insecurities were holding me back.”

Though she entered college in pursuit of a nursing degree, Tran says she’s always wanted to become a biomedical engineer – whether she realized it or not.

“One of my earliest memories was when I was six; my dad gifted me a toy medical kit from the flea market. I diagnosed my dad’s amputated leg and thought of ways to alleviate his phantom pain and help him walk better,” she said. “My own personal health experiences and hardships in adulthood further cemented my desires to understand the human body, create technology to help improve quality of life and promote autonomy.”

Echoing the late American engineer and visionary automaker Lee Iacocca, who saw “great opportunities brilliantly disguised as insoluble problems,” Tran says technological advancements and scientific discovery have made it possible for today’s medical community to create treatments that weren’t possible a half-century ago.

“As a nurse, I could only treat patients’ symptoms,” she said. “As a biomedical engineer, I will do the greatest good at the interface of science and society and make the most impact.”

Tran plans to specialize in nanomedicine and regenerative medicine in graduate school to “learn how to treat people with autoimmune diseases without compromising the immune system.” She hopes that deepening her understanding of the human body will give her “the skills and knowledge required to ultimately reverse organ damage from these diseases.”

Since 1989, the Goldwater Foundation has presented 9,870 scholarships in honor of late U.S. Senator Barry Goldwater. The award is considered one of the most prestigious available to undergraduates studying natural science, engineering or mathematics.

The process of becoming a Goldwater Scholar is lengthy and requires nomination from a mentor and campus representative. Tran credits PCC instructors Charles Goodman, Stephen Gabriel and Lara Smith and Johnston Community College’s Justin Bradshaw with helping her “pursue the unimaginable.” Her award wouldn’t have been possible without their involvement, she said.

“The application process was as cathartic as it was methodical,” Tran said. “I had to quell my self-doubts and explore things that matter to me …. I am excited to be one of six community college students—and the first at Pitt—who won the 2022 Barry M Goldwater Scholarship.”