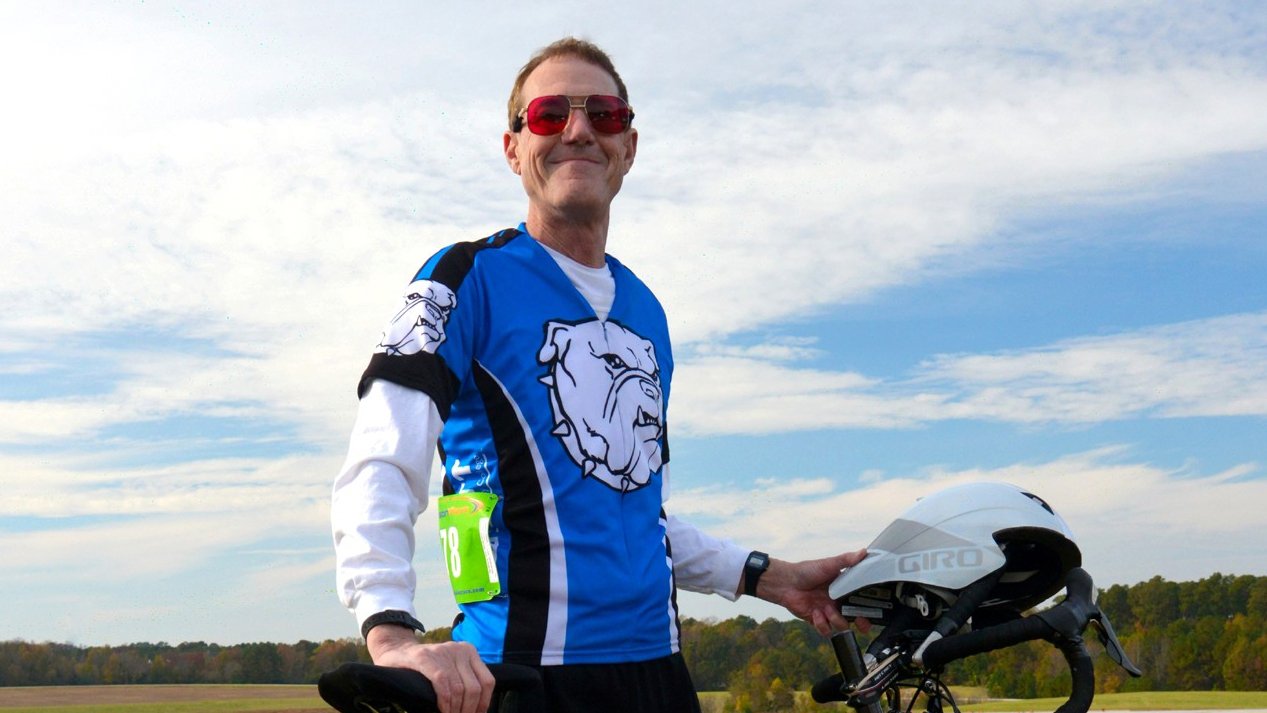 RALEIGH—Pitt Community College alumnus Kip Sloan competed in a 10K cycling race this month as part of the N.C. Senior State Games and finished fifth in his age group. 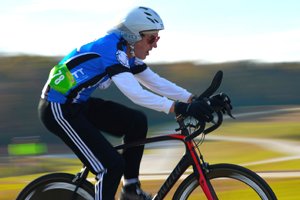 The race—originally scheduled for September but postponed due to Hurricane Florence—took place Nov. 18 at the N.C. Highway Patrol Academy’s paved road course, where state troopers practice high-speed driving maneuvers. Sloan, a 2017 graduate of PCC’s Entrepreneurship program who is currently taking pre-engineering courses, completed the 6.2-mile event in 19 minutes and 11 seconds.

For Sloan, the track was a familiar setting. He said he competed in a mass start race there in 1990 as part of the State Games and also designed an 8K running race at the facility. 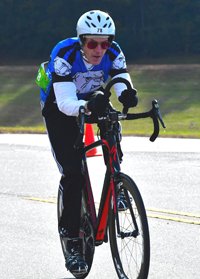 “I was thrilled to be able to race on this track again,” he said after this month’s fifth-place finish. “… Modern, carbon fiber road bicycles are human-powered racing motorcycles and exhilarating to ride on a closed course like this.”

Since the event used a time trial format, Sloan and his fellow competitors started in one-minute intervals and essentially raced against the clock. Drafting was grounds for disqualification, so the fastest times were turned in by cyclists who maximized their horsepower output while minimizing drag through such measures as aerodynamic wheels and helmets.

Sloan qualified for the Senior State Games, which are for individuals 50 and older, by finishing first in the Greenville-Pitt County Senior Games 10K cycling race in the spring. He said he would like to continue competing in the events in the years ahead and, after pointing out that PCC has a student cycling club, added that he would be happy to coach others on campus interested in the sport.