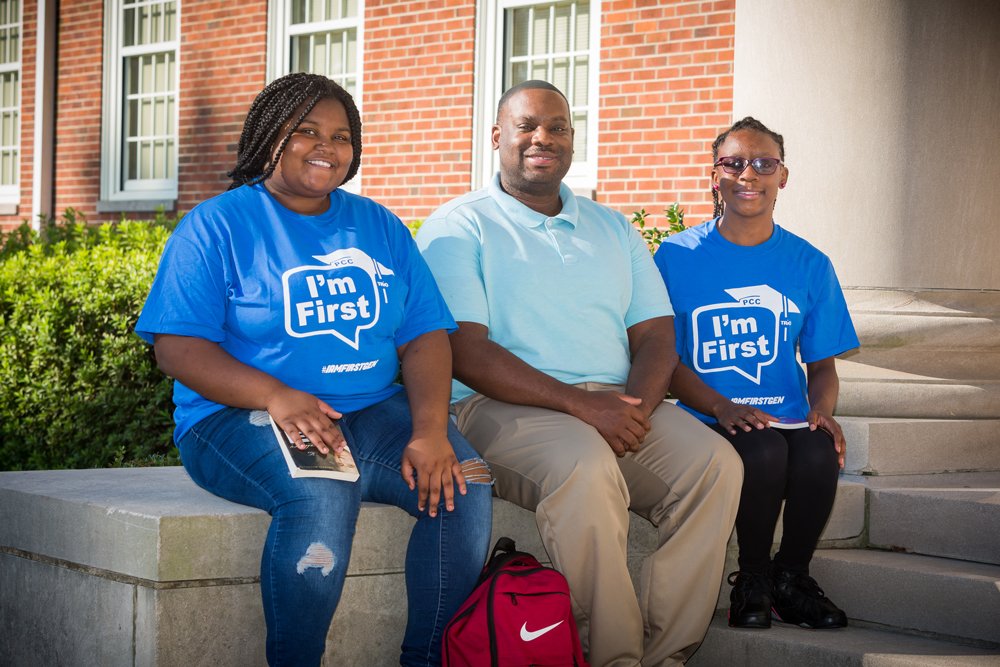 WINTERVILLE—The Center for First-Generation Student Success recently announced that Pitt Community College has been selected to join its inaugural First Forward cohort due to its efforts to improve the experiences and outcomes of first-generation college students.

The Center—an initiative of NASPA-Student Affairs Administrators in Higher Education and The Suder Foundation—stated in a press release that 80 colleges and universities were chosen for the inaugural cohort out of more than 300 that applied. PCC is one of just three community colleges in the nation to be named a “First Forward Institution” and one of two higher education institutions in North Carolina, along with the University of North Carolina at Chapel Hill.

“The Center is so pleased to welcome Pitt Community College into our inaugural cohort of First Forward institutions,” said Dr. Sarah E. Whitley, senior director of the Center for First-Generation Student Success. “Through the application process, it was evident that Pitt Community College is not only taking steps to serve first-generation students but is prepared to make a long-term commitment and employ strategies for significant scaling and important advances in the future.”

NASPA President Kevin Kruger says First Forward is an opportunity for PCC to join an elite community of professionals prepared to share evidence-based practices and resources, troubleshoot challenges, generate knowledge, and continue to advance the success of first-generation students across the country.

“We are excited to see a groundswell of activity from the First Forward cohort and know Pitt Community College will be a significant contributor,” he added.

PCC Director of TRiO Programs Travis Kinsey says Pitt is in a position to help shape the direction community colleges throughout the nation take in serving first-generation students.

“Being a first-generation college student and/or graduate is something to be celebrated,” Kinsey said. “We are so grateful to have received the ‘First Forward’ designation. Our goal is to continue to provide opportunities for excellence among our first-generation student population.”

PCC’s emphasis on serving first-generation students is exemplified by its “IamFirstGen Campaign.” Launched in August, the initiative involves TRiO’s Student Support Services and Educational Opportunity Center programs collaborating with the college’s Title III Grant project to increase awareness of first-generation college students and make them feel at home on campus.

Kinsey says the campaign’s goal is to build a stronger first-generation campus community. He explained that “IamFirstGen” strengthens social support, advocacy, leadership and academics among the students while offering them opportunities to create “an invaluable network of peers.”

Thus far, Kinsey says, “IamFirstGen” has featured video profiles of first-generation college students, college success and study skills courses tailored to provide them with a unique classroom experience, and “First-Gen Fridays,” which give the students opportunities to interact with faculty and staff. He said the campaign has also included a “Faculty and First-Generation Lecture Series” and a “First-Gen Fellows Program,” which offered students a chance to shadow PCC employees and members of the community to learn about careers and interests.

As a First Forward institution, Kinsey says PCC faculty and staff will have opportunities to engage with peer and aspiring institutions aiming to improve first-generation student experiences and success. He says the college will participate in a First Forward workshop next month in Orlando and will also take part in monthly phone calls, virtual professional development and seminars on such topics as goal-setting, blog development and annual reporting.

After two successful years in the program, Kinsey says PCC can apply for the Center for First-Generation Student Success’ “advisory leadership” designation.