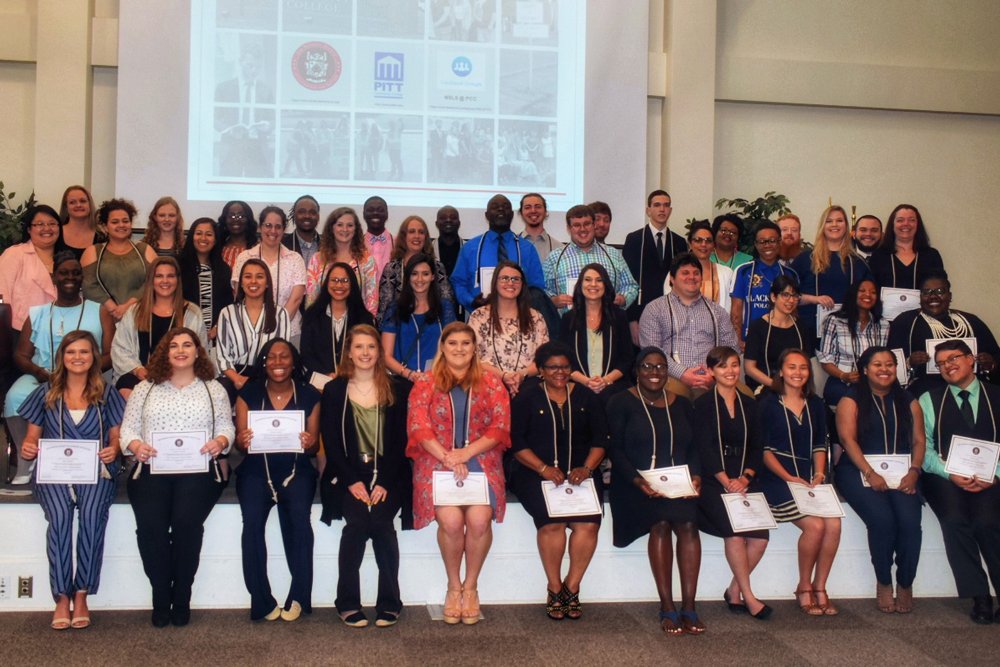 According to PCC NSLS Co-Advisor Faith Fagan, 60 students earned “full induction” status this year. Of that total, 46 participated in the April 26 induction ceremony, with more than 200 supporters in attendance.

With more than one million members in 655 chapters, NSLS is the largest leadership honor society in the nation. PCC students are invited to join the college’s NSLS chapter after they have completed 12 credit hours at Pitt with at least a 3.3 GPA.