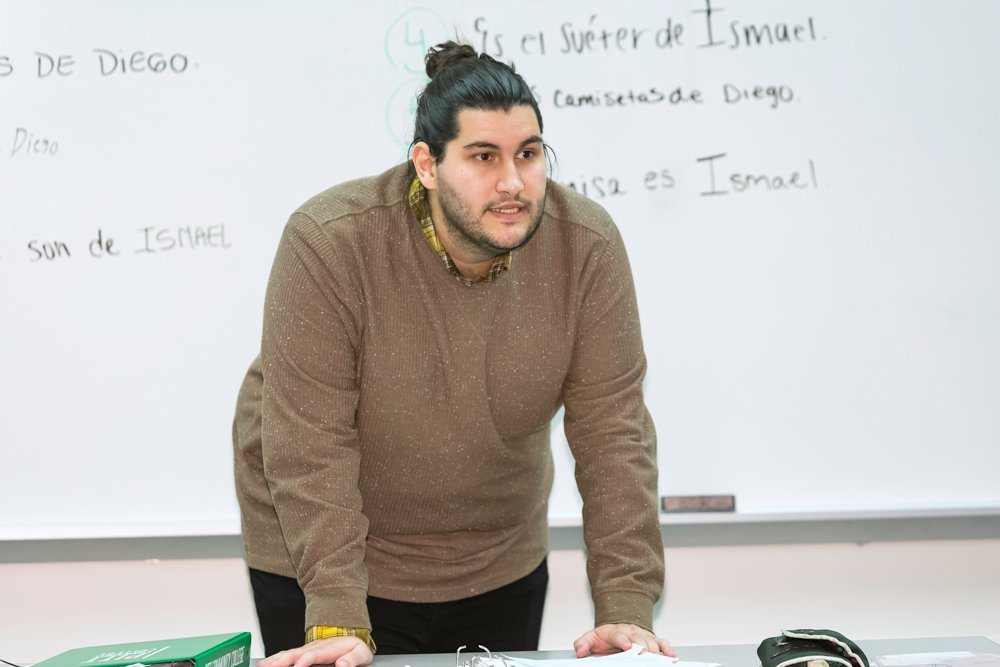 WINTERVILLE—At the beginning of fall semester, Pitt Community College welcomed Ignacio Peterlin to campus, marking the fifth time since 2011 that the school has had at least one Fulbright Foreign Language Teaching Assistant (FLTA) on staff.

Funded by the U.S. government, FLTA is America’s flagship international educational exchange effort. It is a prestigious nine-month program, established in 1968, to help young educators, like Peterlin, refine their teaching skills, increase English language proficiency and develop knowledge of American culture while engaging in non-degree studies at accredited colleges and universities.

As an FLTA participant at Pitt, Peterlin serves as a teaching assistant in Spanish curriculum courses and as an English Language Acquisition instructor in Continuing Education classes. The Argentinian also assists students in the college’s language lab and plays an active role with the PCC Global Student Club.

“I think it’s a unique opportunity,” Peterlin says. “I had never come to the (United) States. Actually, this is my first time out of my country, so to be able to come here, to work here, to meet people from different cultures, is just fantastic.”

For Peterlin, who is also taking literature and critical thinking courses at PCC, teaching in the United States is a dream come true. Though he watched American movies and TV series as a child to learn about U.S. customs, lifestyles and traditions, he always felt his socioeconomic status would prevent him from ever visiting the United States. His outlook took an about-face in college, however, when he discovered the FLTA program while studying to become an English as a Foreign Language teacher.

Peterlin says serving as a teaching assistant in foreign language courses of varying skill levels has exposed him to unique instructional methods that he plans to incorporate into his own classes someday. He added that he is particularly pleased to have been assigned to a college in the South, where the local cuisine is delicious and people are polite.

“People here are so welcoming, and they are really, really eager to learn about (Argentina’s) culture,” he says, adding that he enjoys discussing his homeland and sharing details about everything from its geography and wildlife to historical figures and typical expressions.

Stephanie Rook, dean of PCC’s Arts and Sciences Division, says Peterlin’s FLTA teaching experience is part of the college’s ongoing effort to globalize courses. As PCC’s Fulbright liaison the past six years, she is an avid proponent of the Fulbright Visiting Scholar and FLTA programs, saying they provide students and faculty international education experiences that help prepare graduates for success in a global economy.

“Participating in the Fulbright program,” Rook says, “shows the commitment our administration and board of trustees have in making sure our students are provided quality foreign language instruction, along with an understanding of different cultures, as they prepare to enter the workplace.”