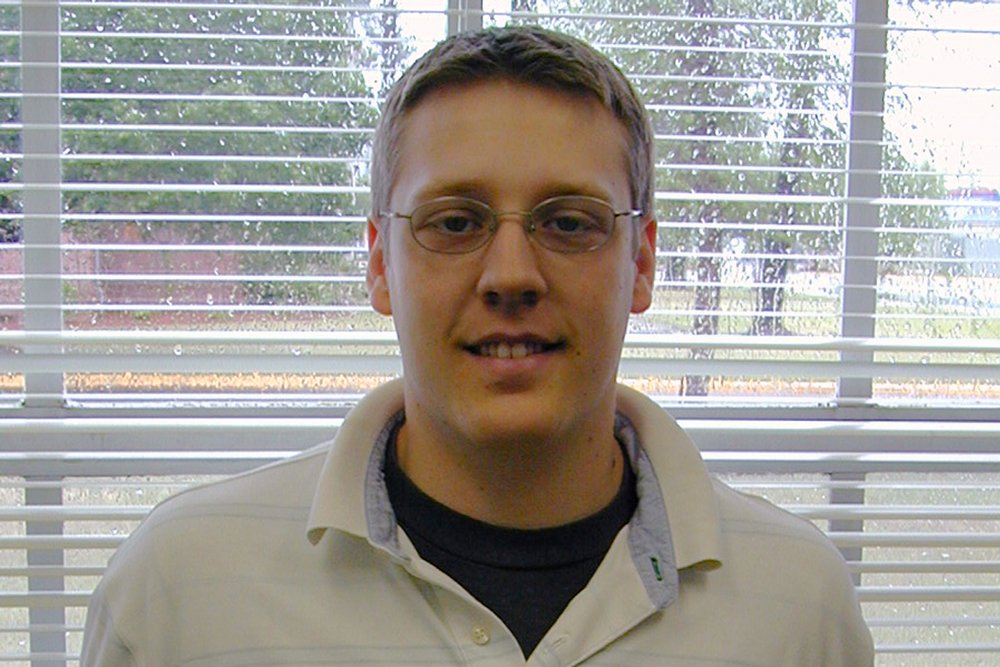 De Hanes, a Charlotte native who now lives in Greenville, is enrolled in his first year of PCC’s Advertising and Graphic Design program. His entry was one of more than 200 that were submitted from across the nation.

In April, ATEA’s Board of Trustees selected De Hanes’ design and that of Wisconsin’s Candis Murphy. The new logo will contain certain aspects of each student’s design.

“I knew (the logo) was pretty good,” De Hanes said. “But I did not foresee becoming a national winner. It feels pretty good to have that kind of recognition, to be one of two people to be chosen nationwide.”

De Hanes, whose long-term goal is to work for a graphic design agency after graduation, said he took ATEA’s existing atom-in-motion logo and applied his own philosophy to give it a sense of “moving forward.” For his creativity, he received a $250 check as a co-winner.

With his winning logo, De Hanes became the latest Advertising and Graphic Design student from PCC to be honored. Earlier this semester, eight students from the program took home a total of 16 awards during the annual ADDY Awards Banquet held in February.