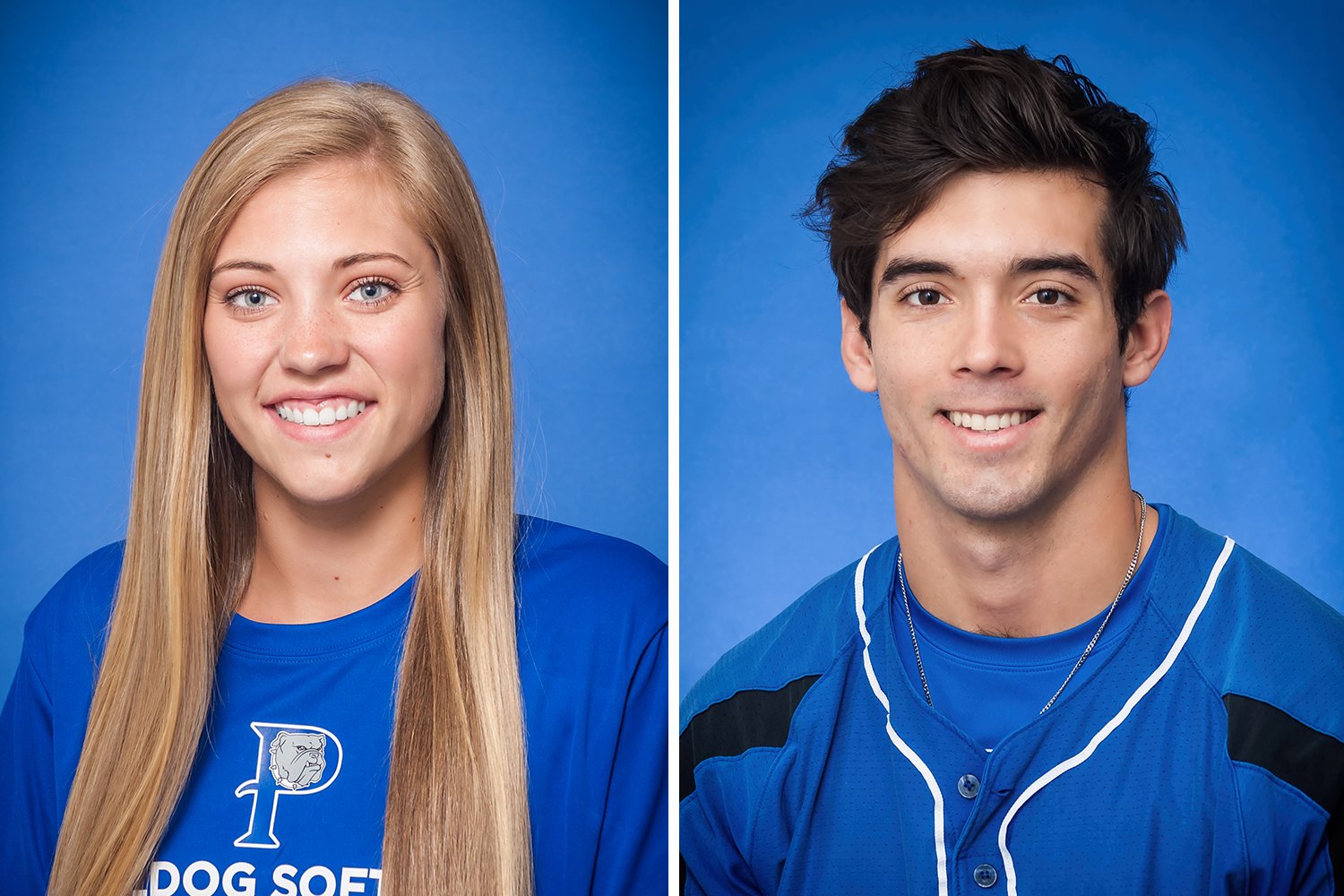 Mason, who transferred to PCC from Wingate University, was named an NJCAA DII 1st Team All-American after recording a stellar .458 batting average (60-for-131) in 37 games as an outfielder with the Bulldogs baseball team.

Mason’s selection as an All-American came just four days after Carroll was named a National Fast-Pitch Coaches Association NJCAA II Second Team All-American. The shortstop out of Princeton High School batted .456 in 46 games as a Pitt sophomore in 2018.

Coming off a freshman campaign in which she was named an NJCAA DII Third Team All-American and the 2017 Region X Player of the Year, Carroll recorded 62 hits in 136 at-bats in her second year as a Bulldog. In addition to six round-trippers, she had 21 doubles and four triples to go along with 45 RBIs.

PCC reached the NJCAA DII Fast-Pitch Softball Championship in each of Carroll’s two seasons, tallying a 58-27 overall record during that time while going 37-13 in conference play.

PCC Softball Coach Jennie Harp says she is proud of the development Carroll made personally and athletically as a Bulldog.

“Our entire team looked to and respected Taylor as the silent leader of our program the past two years, and she will be very hard to replace in the coming season,” Harp said. “It was extremely rewarding being her coach and seeing the improvements and strides she made from the fall of her freshmen season to the culmination of her season at the World Series in Mississippi.”

“To my knowledge, (Taylor) is the most decorated female student-athlete in Pitt’s NJCAA history,” Harp said. “To be a two-time All-American is not an easy task.”