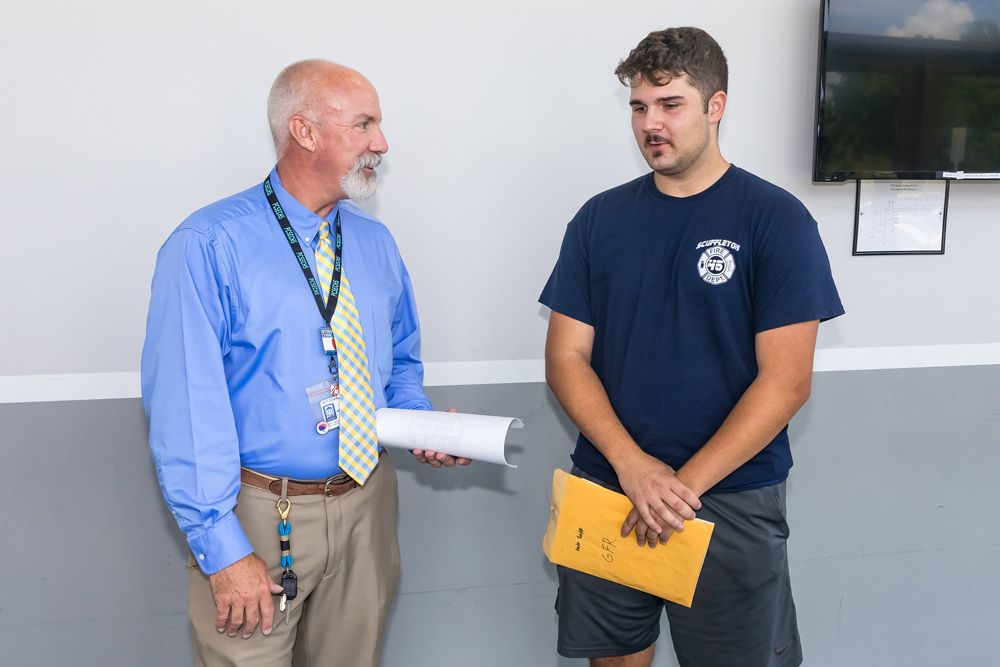 WINTERVILLE—Pitt County Schools Early College High School (ECHS) students and staff are off to a good start in the new school year that began Aug. 4.

The school, which is located on Pitt Community College’s main campus in Winterville, has an enrollment of 330 students and a curriculum that features a mixture of college and high school classes focused on science, technology, engineering and math. Students can graduate in four to five years with a high school diploma from ECHS and an associate degree from PCC.

Since opening its doors in 2015, ECHS has earned numerous performance accolades, including National Distinguished Title I School honors two years in a row.

“Because the school is smaller, we provide layers of support for our students that increases their efforts in the classroom,” Principal Wynn Whittington says.

“We had the best attendance we have ever had in our seven years of operation,” Whittington said. “… I think people were just excited to start school like we did before COVID.”

“Open house allows us to get schedules in student hands and familiarize themselves before the first day of school,” Whittington said. “We also provide them with a school supply list, technology needs and other informational materials.”

After operating out of modular units just behind PCC’s Ed & Joan Warren Building the first three years, ECHS students and employees moved into a brand new, 13,000-square-foot home at the start of the 2018-19 academic year. The structure features eight classrooms and a multipurpose room and offers students plenty of space to spread out and work on projects.

Throughout the academic year, ECHS students are allowed to participate in PCC clubs and organizations and various student activities on campus. Whittington said ECHS’s relationship with the college plays a role in the school’s success academically and culturally.

“We have a phenomenal higher education partner in Pitt Community College, and, together, we are changing lives every day,” he said.