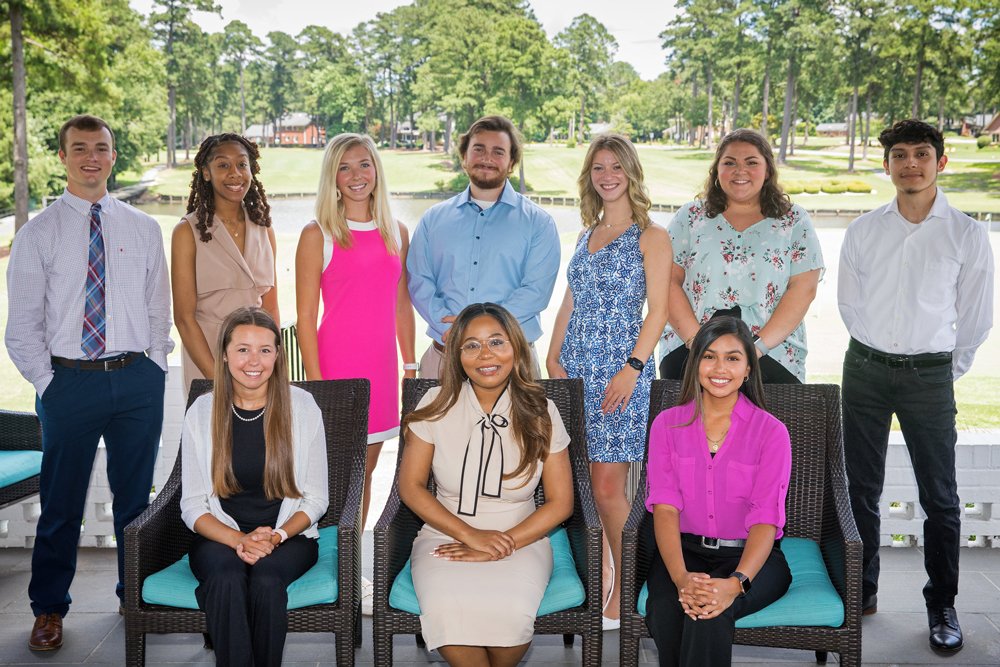 WINTERVILLE—Pitt Community College’s newest group of student ambassadors met for the first time June 30 to begin preparations for their duties during the 2021-22 academic year.

The 10-member group features six returnees and four newcomers who will assist PCC staff with recruiting and help out during college-related events and fundraisers. The students, who receive full-time scholarships from the PCC Foundation, must also perform weekly service hours on campus and maintain at least a 3.2 GPA.

“It was a chance for the students to introduce themselves to one other and meet with leaders from the college and PCC Foundation,” said PCC Scholarships Coordinator Kim Simpkins, an advisor to the ambassadors program. “We gave them basic information on what to expect during the coming academic year and important dates to remember, and in August, we’ll see them again for three days of training.”

Returning for a second year with the program are Sarah Cooke, Dylan Evans, Harriss Evans, Grace Hardee, Callie Kirby and Krystan Simpson. Though the students didn’t get a true PCC Student Ambassador experience in their first year due to COVID-19, they’ll likely have many opportunities to get involved on campus this time around.

“With so many of last year’s campus events, celebrations and ceremonies either canceled or held online due to the pandemic, our ambassadors didn’t have very many chances to interact with students, employees and members of the community,” said PCC Development Officer John Bacon. “They were able to participate in several foundation fundraisers in the spring, but we’re hoping everything returns to normal in 2021-22 and they’re able to further develop their leadership skills and make connections as they support the college and community.”

“We have a highly-varied group of ambassadors for the year ahead, though all of them are academically-gifted and highly-motivated,” Simpkins said. “They represent seven different high schools and four of PCC’s five academic divisions. They’re also a very talented group, with a dancer and several accomplished musicians, and two who are fluent in Spanish.”

Started in 1992, the PCC Student Ambassador Program is highly competitive. Students must apply for program participation, and those selected receive professional attire to wear during official college events in addition to scholarships that cover the cost of in-state tuition and fees.