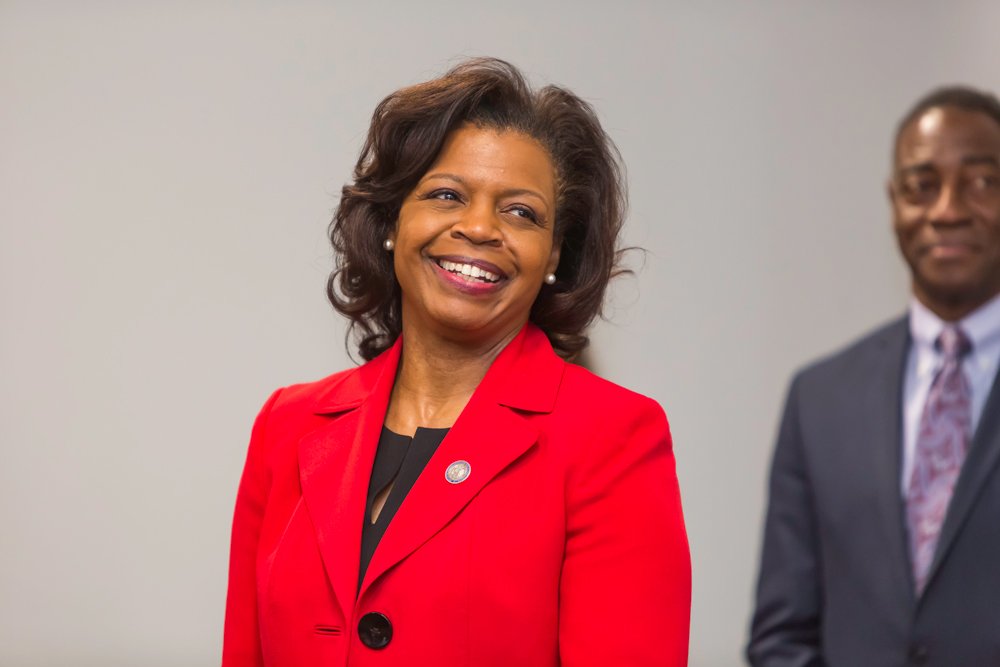 The event, which will be held in the Craig F. Goess Student Center’s Davenport Multipurpose Room, will feature N.C. Supreme Court Chief Justice Cheri Beasley as keynote speaker. It will take place from 9 a.m. to 11 a.m.

Born in Nashville, Tenn., Beasley is the first African-American woman to serve as North Carolina’s chief justice. She assumed office March 1, less than a month after Gov. Roy Cooper appointed her to the position following the retirement of Mark Martin.

In addition to Beasley’s remarks, the program will feature a scholarship presentation by the PCC Multicultural Activities Committee (MAC), which organizes the annual MLK tribute. Jasmin L. Spain, PCC Assistant Vice President of Student Development and Community Standards, is a MAC member and says the scholarship is awarded each year in honor or memory of an individual who shares King’s ideals.

This year’s scholarship, Spain said, will be awarded in memory of Lucille W. Gorham, a longtime educator and community leader who passed away Jan. 27 at age 100.

“Lucille Gorham was a champion for education and equality for many years, so it is fitting that we present the 2020 scholarship in remembrance of a pillar of our community,” Spain said.

Gorham, who taught at St. Gabriel’s Catholic School in Greenville, became the first African-American woman to serve on the Pitt County Board of Education in 1969. In honor of her years of service and dedication to the community, the Lucille W. Gorham Intergenerational Community Center opened in the former St. Gabriel’s Catholic Church and School buildings in 2007 through a collaborative partnership between the West Greenville community, East Carolina University, the City of Greenville, PCC and other grassroots organizations. The center offers much-needed training and after-school programs.

Tickets to the MLK breakfast are $10 each and can be purchased by visiting the Vernon E. White Building (Room 116) or online. Proceeds will fund future MAC Scholarships at Pitt.

With approximately 67 percent of PCC’s student population receiving some form of financial aid, Spain says the MAC Scholarship and others like it go a long way toward making a college education accessible to the entire community.

“The 2019 event was a sellout, and we’re hoping for the same thing again next month,” Spain said. “For those who cannot attend the tribute but would still like to support it, we hope they’ll consider making a donation or purchasing a ticket and sponsoring a student. It’ll be an experience they’ll certainly remember.”