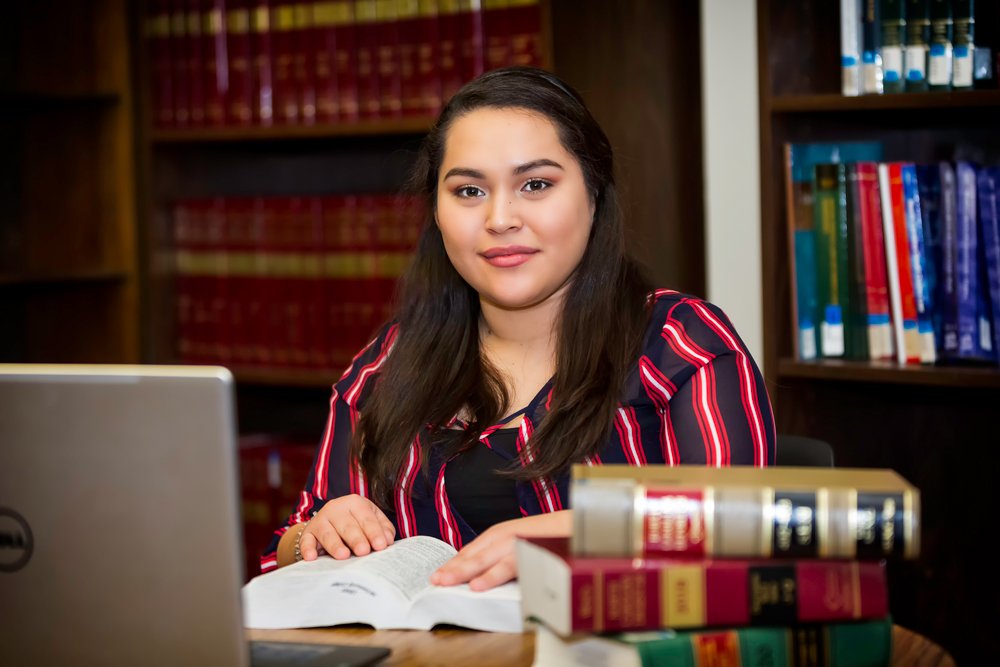 WINTERVILLE—This spring, when the N.C. Community College System (NCCCS) honors a top student at each of its 58 member institutions, Pitt Community College will be represented by Paralegal Technology student Sindy Martinez.

A Greenville resident, Martinez is a Dean’s List student who’s well on her way to an associate degree with a 4.0 GPA. She’s a member of the PCC Paralegal Association and N.C. Bar Association, a volunteer with the Salvation Army and local food bank, and, later this spring, she’ll be inducted into the LEX National Paralegal Honor Society.

“Sindy is an excellent student,” says Vicki Coleman, chair of the PCC Paralegal Technology Department. “… She produces consistently near-perfect work, participates in class, is helpful to her classmates, and is a good team member. She comes to school full of sunshine. She is everything an instructor could want in a student.”

While Martinez’s academic and extracurricular achievements certainly warrant an N.C. Academic Excellence Award, it’s not until (as Paul Harvey would say) “you know the rest of the story,” that her accomplishments can be fully appreciated.

A native of El Salvador, Martinez traveled a long, treacherous road to enjoy the success she has today.

Shortly after coming to the United States at age four, she became a victim of domestic violence at the hands of her father. And when she was just eight years old, she recalls helping her mother fight off her father, after he got drunk and began firing a gun inside their home.

“This incident taught me two very important things, the first one being that a mother’s love knows no fear – because my mother, despite being terrified, was willing to face off with my father to protect my sister and me,” she said. “… The second thing I learned was that if I was strong enough to overcome a situation like that, I can overcome any obstacle that comes my way.”

For at least a year after the episode, Martinez was on the move with her mother and sister to elude her father. And though he remains a danger – since he was never caught and arrested – the Martinez family eventually settled into some semblance of normalcy.

But as a freshman at North Pitt High School, Sindy became pregnant. And at a time when others her age were focused on getting their driver’s license, she had a son at age 16 – and he would become her motivation to succeed.

While meeting with a social worker to secure childcare funding, Martinez was told that she needed to maintain “good grades” to receive support. She took the message to heart and hit the books to make the best grades possible and keep her son in quality daycare.

“My son was my motivation to do good and concentrate on my studies,” she says. “I wanted to do good and finish high school as soon as possible so I could start providing for my son.”

Martinez finished high school a semester early and went to work at McAlister’s Deli to help support her family. Though she enjoyed working as a cashier, she began exploring career possibilities after a year or so on the job. She considered law enforcement and social work at first, but after speaking with a Paralegal Technology graduate, she decided to give it a try and enrolled at PCC.

“I started thinking about college when my older sister asked me why I didn’t try going to college to find a career that I was passionate about,” Martinez said. “At that time, I liked my job, but I didn’t feel like it was something I wanted to do forever.”

Currently enrolled part-time, Martinez is enjoying her PCC experience and says she is “truly honored” to be the college’s choice for an N.C. Academic Excellence Award.

“I am grateful to attend a college that is so involved with its students and that acknowledges their hard work,” she said. “My experience at PCC has truly been the best. I have had the pleasure of meeting amazing instructors and students that support one another.”

A little more than halfway through the Paralegal Technology curriculum, Martinez hopes to graduate next spring. She wants to find a job with a criminal law firm, so she can work with victims of domestic violence and help them enjoy a better future.

“Sindy has pulled herself up by her bootstraps from the kind of tough place most of us can only imagine and has done what she needs to do to provide a different kind of life for her son,” said Coleman, who joined PCC Paralegal Technology Instructor Chris Young in nominating Martinez for several NCCCS awards. “We are pleased and proud that we here at PCC have been able to offer her the tools she needs to reach her goals, and we expect great things from her.”