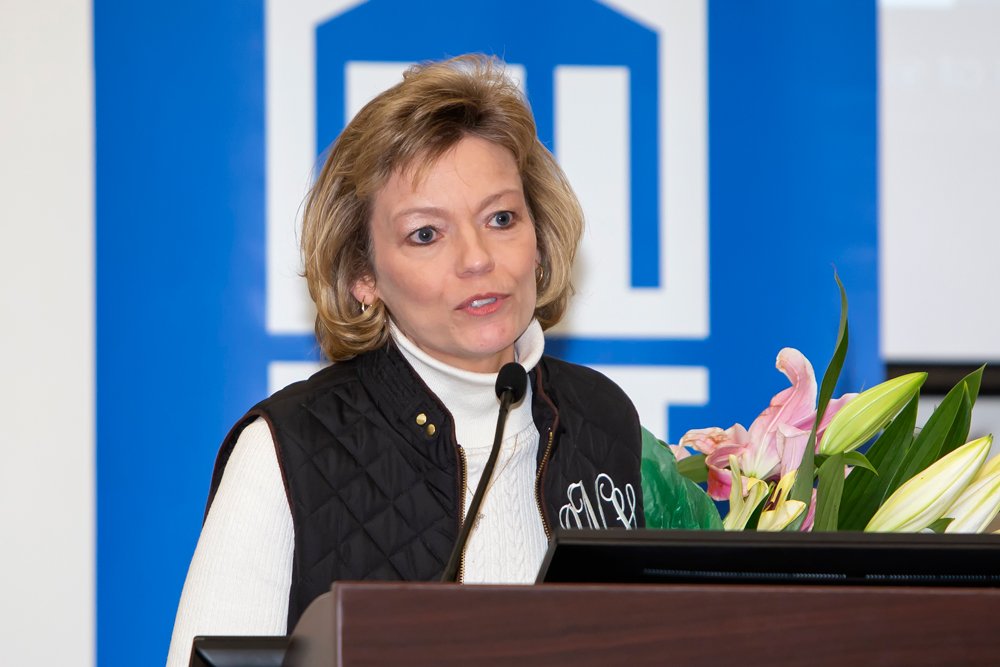 A PCC employee since 2002, Neal received the award during the annual Women’s History Month Forum in recognition of her leadership, dedication to education, and commitment to student success. She was selected from a group of eight female employees who had been nominated by their coworkers.

“Dean Neal is a steel magnolia that provides leadership with compassion, common sense and caring,” said PCC Nursing Director/Department Chair Elizabeth Toderick. “We follow and support her because she has earned our respect. We want to do better because she genuinely cares for us and, more importantly, for our students.”

Toderick was one of many nursing instructors to support Neal’s nomination. The consensus among them was that she respects her coworkers, sets a high bar for her division, holds those she supervises accountable, and secures needed resources for the programs she oversees.

Four months ago, PCC cut the ribbon on newly-renovated health sciences facilities, including a state-of-the-art simulation hospital. By reaching out to Vidant Medical Center and the Golden LEAF Foundation, Neal secured much of the funding for the $1.61 million-project.

In 2012, she helped PCC earn reaffirmation of accreditation from the Southern Association of College and Schools Commission on Colleges. Not long after, she filled in as interim Vice President of Academic Affairs for nearly a year.

“Not only is Donna smart, organized, detailed and articulate, she is intrinsically motivated, innovative and selflessly does whatever is necessary to better serve our college and community,” Preast said.

Never one to seek the spotlight, Neal downplayed her achievements and shifted credit to her coworkers. “Anything that I have accomplished, I do it because I am surrounded by people who support me and people who help me; I don’t do any of this by myself,” she said.

In 2005, the N.C. Society for Respiratory Care named Neal its “Educator of the Year.” And two years later, PCC promoted her to dean of one of the N.C. Community College System’s most comprehensive health sciences divisions.

Neal is the 18th recipient of the WOS Award, which was established by the college’s Multicultural Activities Committee and Student Government Association to recognize and encourage outstanding women role models on campus. The award has been presented during PCC’s women’s history celebration since 2001.