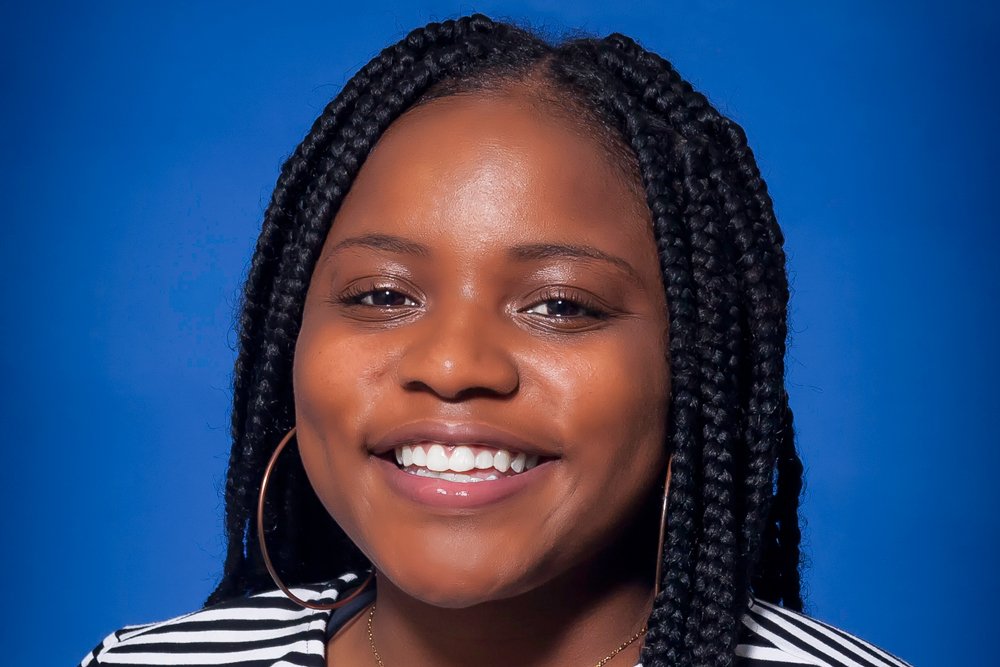 WINTERVILLE—Still riding high from her acceptance into Pitt Community College’s Associate Degree Nursing program, Curtisia “Tee” Canady has been so busy of late that she hadn’t even realized her term as student body president was officially underway.

Canady, who will take her first nursing classes this fall, was elected president of the college’s Student Government Association (SGA) during the spring semester. The 19-year-old Greenville resident began her duties July 1 and will spend the 2019-20 academic year representing the interests of PCC’s student body as a non-voting member on the college’s Board of Trustees.

“I wanted to be an advocate for my fellow students,” Canady says. “There are times when students have problems but don’t know who to talk to about them. I want to be that person and give students, faculty and staff someone who will listen to their concerns and help get them addressed.”

Canady has already had a taste of student government service, having chaired SGA’s Special Events Committee during the 2018-19 academic year. She says she enjoyed the experience and the opportunity for networking it presented.

A 2017 South Central High School graduate, Canady is making the most of her college experience. In addition to working with SGA, she’s a peer mentor with Pitt’s Bruiser’s Crew initiative.

“The goal with Bruiser’s Crew is to help first-year PCC students successfully transition into higher education,” Canady says. “We make sure they know about the support services available to them on campus, like tutoring, and give them someone to talk to when they have problems. We’re basically like a support system for freshmen.”

For Canady, peer mentoring is a way of paying it forward. Her introduction to PCC came through participation in the college’s VISIONS Career Development and Scholarship Program. She was accepted into the program as a high school junior and received personal and academic counseling from staff throughout her senior year. That support carried over to PCC, along with a scholarship, and continues to this day.

“VISIONS is like my second family,” she says. “They’ve been there for me every step of the way since I first got to campus. With VISIONS, I know I’ll always have someone at PCC I can lean and depend on when I need it.”

Canady says the life skills and study habits she developed through VISIONS participation were key to helping her complete the general education courses she needed to apply for admission to PCC’s highly-competitive nursing program.

“There have been a lot of late nights and weekends that I’ve spent studying, instead of going out with friends and having a good time,” she says. “College is hard work and requires sacrifices to be successful. It’s all been worth it, though; I feel like it’s made me a better person.”

Now that she’s been accepted into the nursing program, Canady is focused on making the most of what she feels is an opportunity to have a career treating people “physically, mentally and emotionally.” She says she wants to be a travel nurse upon completion of her studies.

“I don’t want to work in one specific hospital to help people,” she says. “People around the country—around the world, even—need help, so why restrict myself to just one place? I want to make a big impact.”