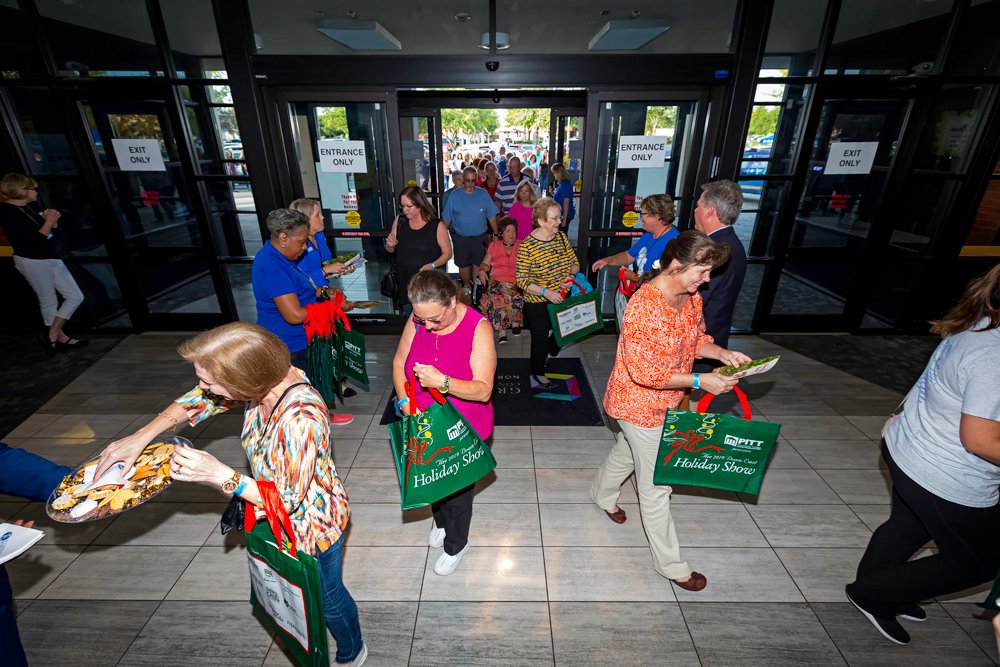 On Thursday, PCC Foundation Executive Director Beth Sigmon said this year’s Holiday Show will end up netting somewhere in the neighborhood of $138,000 for student scholarships and various educational activities at the college. Last year’s show, she said, generated nearly $133,000.

“A lot of hard work went into planning and carrying it out this year’s show, so we’re very happy it was successful,” Sigmon said. “Every dollar raised will support PCC’s goal of increasing student success through greater retention and program completion.”

The 2019 Holiday Show—the PCC Foundation’s 18th—took place Oct. 31 through Nov. 3. Sigmon says 9,461 shoppers came out to the Greenville Convention Center in those four days—nearly 400 less than a year ago. She cited the show’s opening date, which coincided with Halloween, as the likely reason for the dip in attendance.

“The Down East Holiday Show begins on Thursday and always takes place the first weekend of November,” Sigmon said. “This year, for the first time in the event’s history, opening night fell on Halloween, and our attendance dropped by 412 shoppers.”

As the PCC Foundation’s largest fundraiser each year, Sigmon said the importance of the Holiday Show’s success cannot be understated. She pointed out that 67 percent of Pitt students are currently receiving some form of financial assistance and added that the foundation has provided more than $355,000 in institutional general, named, and foundation general scholarships during the current academic year.

The 2019 edition of the Holiday Show featured 190 vendors selling everything from holiday decorations, accessories and home décor to wine and food items, clothing and a variety of services. Nearly 80 of those vendors have already signed up to participate in the 2020 event, which will take place Nov. 5-8.

In the years since the first Holiday Show was held in 2002, the fundraiser has generated more than $1.3 million to benefit Pitt students.