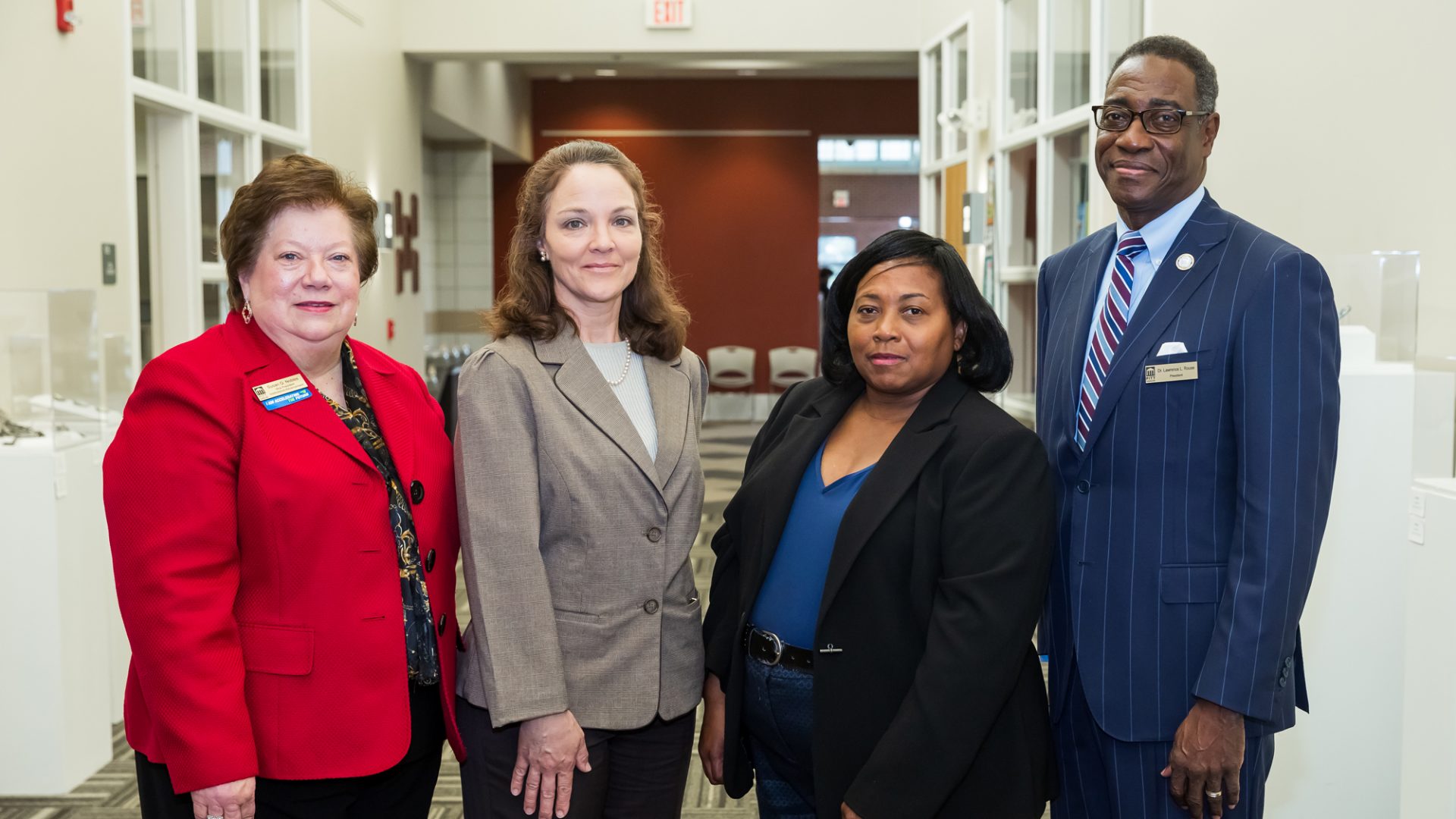 According to an announcement from the PCC Foundation, Dawn Fletcher received the William Rawlinson Scholarship worth $500. A Hampstead native now living in Hyde County, Fletcher earned associate degrees in Medical Assisting and Occupational Therapy Assistant (OTA) in May.

A member of the U.S. Navy prior to enrolling at PCC, Fletcher excelled academically as a Pitt student, recording a 3.5 GPA and earning Dean’s List honors. She was also an officer with the PCC Student Veterans Association (SVA) and played a key role in the club’s development and overall success.

“Even though she graduated in the spring, Dawn still comes back to assist with Student Veterans Association activities and keep the club running smoothly,” Rowsom said. “She’s always been very dependable and extremely dedicated to SVA, and I wish there were more people just like her on campus.

“Dawn is a vet and has a passion for serving veterans,” Rowsom continued. “In fact, she did an internship with the VA in Durham as a student, despite the long distance from home. She found a way to make it happen, because she really wanted to work with veterans.”

Though her immediate plan is to earn a medical assistant license, Fletcher says her long-term career goal is to work with veterans as an OTA.

Rawlinson, who served in the U.S. Air Force, says she created the William Rawlinson Scholarship to help military veterans and their dependents pay for educational expenses and to honor her husband, William, who served 24 years in the Air Force before retiring as a senior master sergeant. She made a $5,500-contribution to the PCC Foundation shortly after joining the HR Department in 2016 and is working to establish an endowment for the award through periodic contributions and a growing endowment fund.

To be eligible for the Rawlinson Scholarship, students must be enrolled at PCC (full- or part-time) with a 2.5 GPA or higher. Applicants must be veterans or dependents of a military veteran.

The amount of each scholarship is determined annually, in accordance with guidelines established by the PCC Foundation’s Scholarship Committee, which assists the Rawlinsons’ son, Gabriel, with screening applicants and selecting recipients. The award can be used toward tuition, fees, books and/or supplies.

Quint Flores, a member of the U.S. Marine Corps Reserve, became the first recipient of the Rawlinson Scholarship in the spring of 2017.