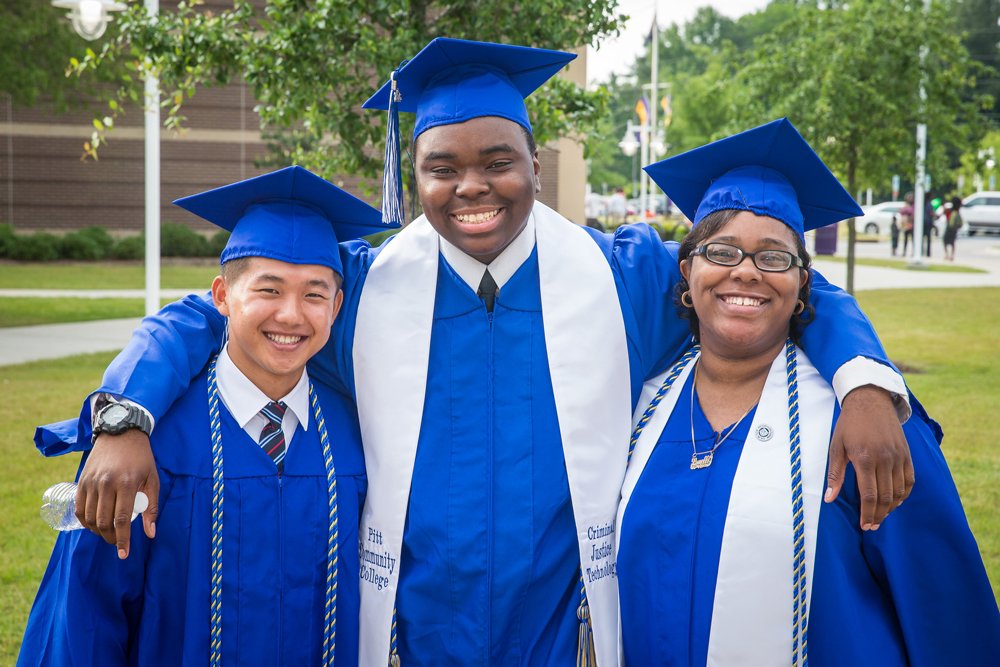 WINTERVILLE—The Pitt Community College Foundation is making a final push before the ball drops in Times Square to complete a fundraising campaign that benefits the VISIONS Career Development & Scholarship Program.

For the past year, the foundation has been working to raise $1 million to match a significant financial pledge from the Eddie & Jo Allison Smith Family Foundation. The Smiths, who are longtime PCC supporters, have promised to provide as much as $2 million to VISIONS by matching every dollar the PCC Foundation raises for the program this year with $2 from their charitable organization.

“We are continually amazed by the Smiths’ generosity and extremely grateful that the community has gotten behind the VISIONS Match Campaign,” said PCC Vice President of Institutional Advancement Marianne Cox. “Our fundraising efforts have been very successful, but we are still a little short of our $1 million-goal as we approach 2020. We’re hoping individuals and organizations planning to make charitable contributions before the end of the year will consider making a tax-deductible donation to the PCC Foundation in support of VISIONS.”

Started in 2004 through a partnership between the PCC Foundation, Pitt County Schools and the Smith Family Foundation, VISIONS was created to help reduce Pitt County’s high school dropout rate and increase the number of students attending college. In the 15 years since, the program has provided nearly 1,000 students with the support and direction they needed in order to receive their diplomas and move into higher education.

“I figured four or five [students] would be a great investment for all the effort and energy and funds that we put into (VISIONS),” said Eddie Smith, owner of Greenville’s Grady-White Boats. “I would never dream that VISIONS would have grown to where it is today.”

Upon graduating from Farmville Central High School in 2013, Trayvone Barnes probably never dreamed he’d be where he is today. A 2016 PCC graduate, he credits VISIONS as the catalyst for his success, saying it made a college education possible and gave him the encouragement he needed to make a leap of faith toward investing in his future.

“I am certified to be a police officer in the State of North Carolina, and not only that, I’m also working on a paralegal degree. I got to where I am now because of VISIONS.”

Barnes thanked VISIONS staff and everyone who has contributed to the program financially. Their support, he said, has made a positive difference in his life and the lives of many of his peers.

“Trayvone’s a shining example of why the VISIONS program was started and how it can help prepare the community’s younger demographic for college and careers,” Cox said. “This month, every dollar contributed to VISIONS means the program receives $3 to educate and empower students, like Trayvone, for success.”

Cox said contributions to the VISIONS Match Campaign can be made online by visiting the PCC Foundation website at www.pittccfoundation.com/donors/donate-now/.