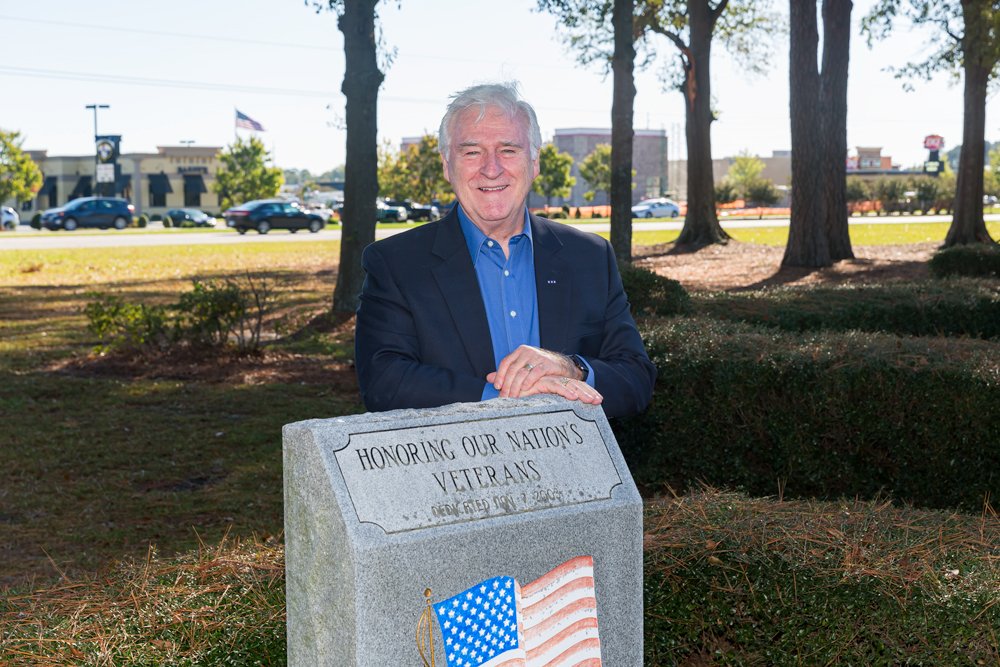 The program—PCC’s 22nd to pay tribute to the country’s military personnel in conjunction with Veterans Day—will begin at 9 a.m. in the Craig F. Goess Student Center’s Davenport Multipurpose Room. It is free and open to the public.

Hoffman, who concluded a 42-year career in broadcast news when he retired from WNCT in 2012, served as a combat helicopter pilot with the Army’s 170th Assault Helicopter Company during the Vietnam War. He flew more than 2,000 missions and received many awards for his service, including the Distinguished Flying Cross (for valor), Purple Heart, Bronze Star (for valor), Air Medal (for valor) and Vietnamese Cross of Gallantry.

A native of Jacksonville, Fla., the 73-year-old Hoffman has long been a vocal advocate of veterans’ issues. As a member of the media, he shed light on a host of topics important to vets, such as PTSD, concussion trauma, homelessness and research being done to treat those issues.