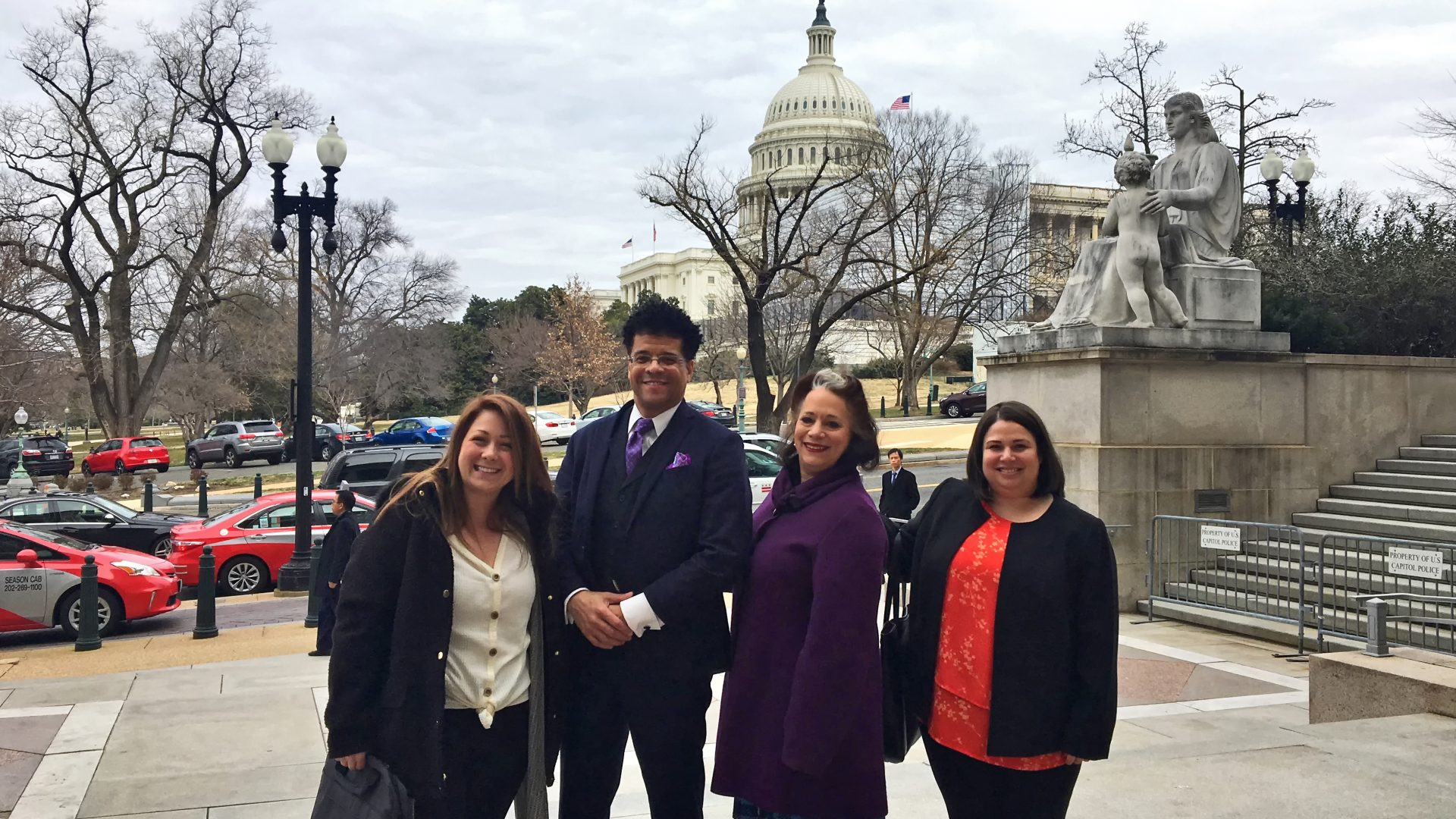 “We focused on topics related to the proposed education bills that are being discussed in Congress, specifically the Faster Access to Federal Student Aid Act of 2018, which aims to simplify the financial aid application process, as well as income-driven repayment plans,” Bray said.

Discussion, she said, also centered on the possibility of eliminating loan origination fees, an idea included in the proposed reauthorization of the Higher Education Act, which was created in 1965.

“While talking about the Higher Education Act, which hasn’t been updated in 10 years, we also focused on flexibility for schools to limit student loan borrowing and continued funding for extremely important programs, such as Federal Supplemental Educational Opportunity Grants and Federal Pell Grants,” she said.

Bray, whose participation was sponsored by the N.C. Association of Student Financial Aid Administrators, said she spent her first two days in the nation’s capital learning tips on transitioning into the role of financial aid director.