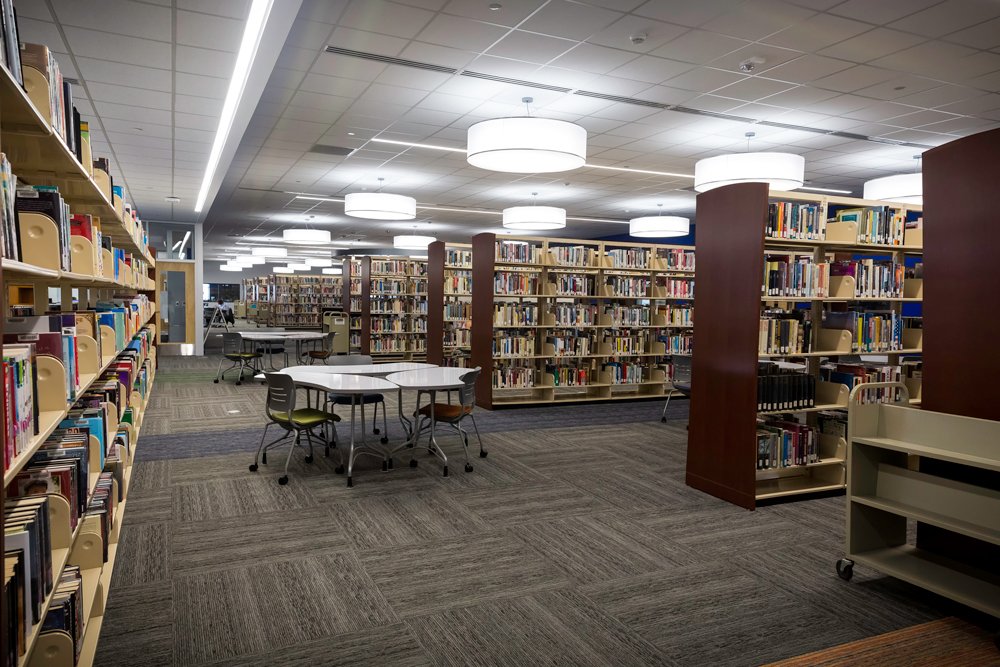 WINTERVILLE—Work on the first floor of the Pitt Community College library is ahead of schedule.

During Tuesday’s PCC Board of Trustees meeting, Vice President of Administrative Services Rick Owens said renovation of the Clifton W. Everett Building’s ground floor began in July and is tracking ahead of schedule. If that pace continues, he said the college could re-occupy the first floor by early December.

Opened in 1987, the Everett Building was showing its age when a $4.25 million-project to renovate the 33,000-square-foot structure began in March 2018 with work on the second floor.

The project’s initial timeline called for renovation of the top floor to be completed by August 2018 with improvements to the first floor beginning soon after. But when the contractor awarded the project encountered issues last summer, renovations slowed to a crawl.

At the time, Owens explained that since renovating the top floor was the project’s first phase, work on the first floor had to be put “in a holding pattern.” Second floor renovations were finally completed this spring, and Stocks and Taylor Construction was selected to renovate the first floor beginning July 1.

Owens said that when the renovation project is complete, the library will feature additional study rooms and much more open and collaborative space than it did in the first 31 years of operation in Everett. He also noted that the library would still feature a reading room and computer labs.