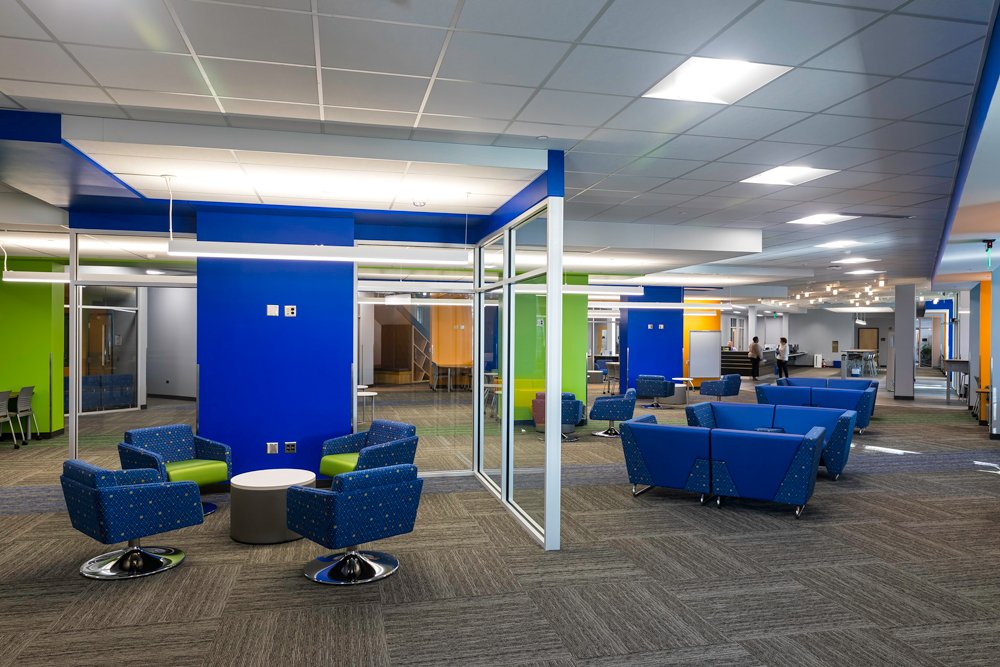 WINTERVILLE—Pitt Community College administrators had planned to hold a ribbon-cutting ceremony for the newly-renovated Clifton W. Everett Building this month but decided to postpone it out of an abundance of caution.

Shortly after the World Health Organization deemed the coronavirus outbreak a pandemic, PCC officials elected to extend Spring Break for students until March 23 and suspend all extracurricular activities, including the ribbon-cutting ceremony.

“Because the health and safety of our campus community is paramount, PCC administrators decided Thursday afternoon to extend Spring Break for students through March 22 and postpone extracurricular activities, like the ribbon-cutting ceremony and athletic events, until further notice,” said PCC Vice President of Administrative Services Rick Owens. “Our top priority is to safeguard the health of our campus and community by following recommendations from the Centers for Disease Control and Prevention.”

The Everett Building, which has housed Pitt’s library services for more than three decades, fully re-opened to students, employees and the community the last week of February, following a $4.25 million-makeover.

PCC Library Director Leigh Russell said that prior to Everett’s complete overhaul, the 33-year-old structure was showing its age and truly didn’t look much like a library upon entry.

“Based on (library) surveys that we send out every year, (students) liked the library,” she said. “They liked coming over here, but they often would say that it needed an update, like it needed new furniture, more study rooms, things like that.”

Work on Everett began in March 2018. The college moved all of its library services to the first floor at that time, so the top floor of the two-story building could be completely gutted and redone. Renovations to the first floor started in July 2019 and finished last month.

Russell says the new-and-improved Everett Building features “open and vibrant space,” including more area for students to collaborate on projects, an ample number of study rooms, a reading room and computer labs.

“One of my favorite things about this new space is not only that it’s open, but it provides a variety of seating and study options for students …” she said, adding that all of the library’s books will be housed on the second floor.

Dedicated June 28, 1987, the Everett Building gave PCC much-needed space for its Learning Resource Center, which included a library as well as audiovisual services, media production and individualized instruction centers. The 34,747-square-foot facility cost $2.1 million to build and was named for the late Clifton White Everett Sr., a successful attorney who served on the college’s Board of Trustees from 1962 until his death in 1989, including the final 12 years of his trustee service as chairman.

PCC moved its library twice before finally giving it a home in Everett. It began in the Vernon E. White Building in 1964 before being relocated to the third floor of the Robert Lee Humber Building when that structure opened in 1970.

Not much about Everett changed over time, though PCC did receive a state grant in 2003 to establish wireless internet service for library patrons—albeit in a limited manner, since they still had to check out laptops to access the web. It wasn’t until 2007, after the college received a second state grant, that the wireless project was fully completed and patrons could use their personal laptops to connect to the internet.

Now that Everett has been given new life, Russell is hoping the facility will play host to more of the college’s outreach activities and that students will enjoy the changes and make good use of them.

“What I want to see is this place full of students,” she said. “I would love to walk in one day and see every seat full with students studying and working together, collaborating.”