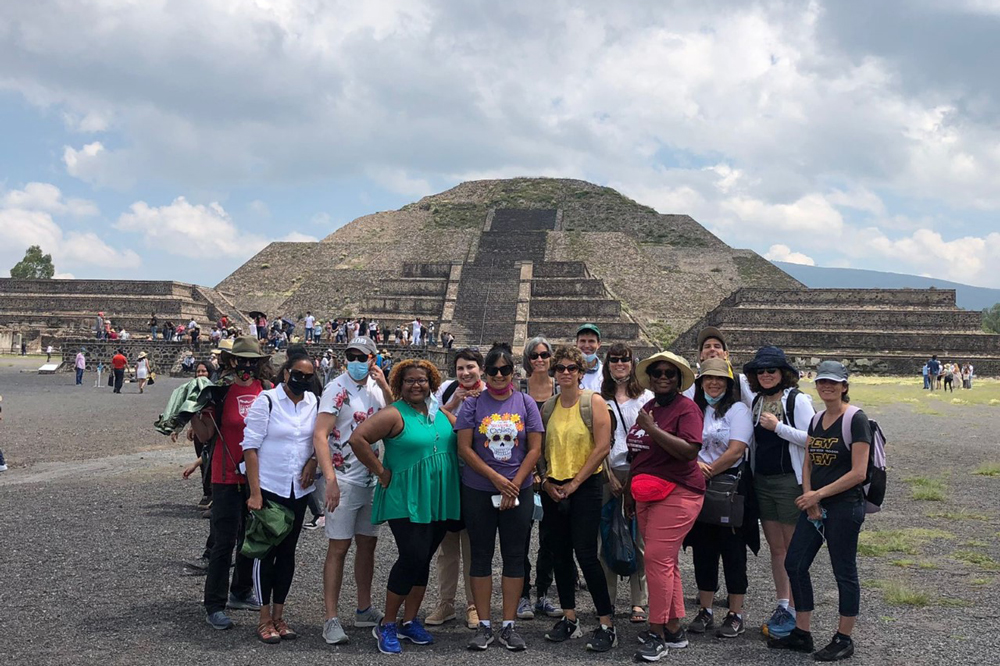 Rook, who serves as dean of PCC’s Arts and Sciences Division, was one of 16 scholars from higher educational institutions throughout the United States to participate in the month-long seminar. She says she is looking forward to sharing her experiences with Pitt students this spring to help them learn more about Afro-Mexican culture and history.

“I was honored to have been selected and to have had the opportunity to experience in person the ties that bind the African diaspora to Mexico,” Rook said. “I was deeply moved to learn from scholars and activists determined to amplify the contributions of Afro-descendants to Mexican culture and history.”

Rook and her fellow scholars began their Fulbright-Hayes experience with an orientation in Harlem. While in New York City, they also attended presentations by leading scholars in Afro-Mexican studies, with Columbia University and the Schomburg Center for Research in Black Culture serving as their hosts.

In Mexico, the group traveled to historical sites and national institutes in several cities and participated in cultural activities focused on language, history, arts and music as well as traditional cuisine and medicine. They also visited Yanga and Coyolillo—towns founded by free slaves in the 17th century—and explored African descendant culture on the Gulf Coast and Oaxaca on the Pacific Coast.

Rook, a member of the PCC Global Education Committee and the college’s Fulbright campus liaison, said Mexico’s African heritage dates back several centuries. She said thousands of slaves were brought to the country between 1580 and 1730 to work in Spanish sugarcane haciendas, cattle estancias and mines and added that by the start of the 17th century, Mexico had more African inhabitants than European.

It wasn’t until 2015 that Mexico finally recognized people of African descent on its official census. Rook said the country’s 2020 population survey showed more than 2% of its citizenry (roughly 2.5 million people) declared themselves Afro-descendants, the highest concentrations living in the states of Guerrero, Oaxaca and Veracruz.

To complete her Fulbright-Hayes duties, Rook is working with the Association for Mexicans in North Carolina, Inc., on a presentation that will feature Afro-Mexican history scholar María Esther Hammack. It is scheduled to take place on the PCC campus in April.

Rook’s journey to Mexico was her second Fulbright Award experience. She visited India in 2013 through a Fulbright-Nehru International Education Administrators Seminar Award.

Proposed by Sen. J. William Fulbright to promote “mutual understanding between the people of the United States and the people of other countries of the world,” the Fulbright Program has emerged as the U.S. government’s flagship international educational exchange program. Since its inception in 1946, the initiative has given more than 400,000 students, scholars, teachers, artists and scientists opportunities to study, teach and conduct research, exchange ideas, and contribute to finding solutions to shared international concerns.