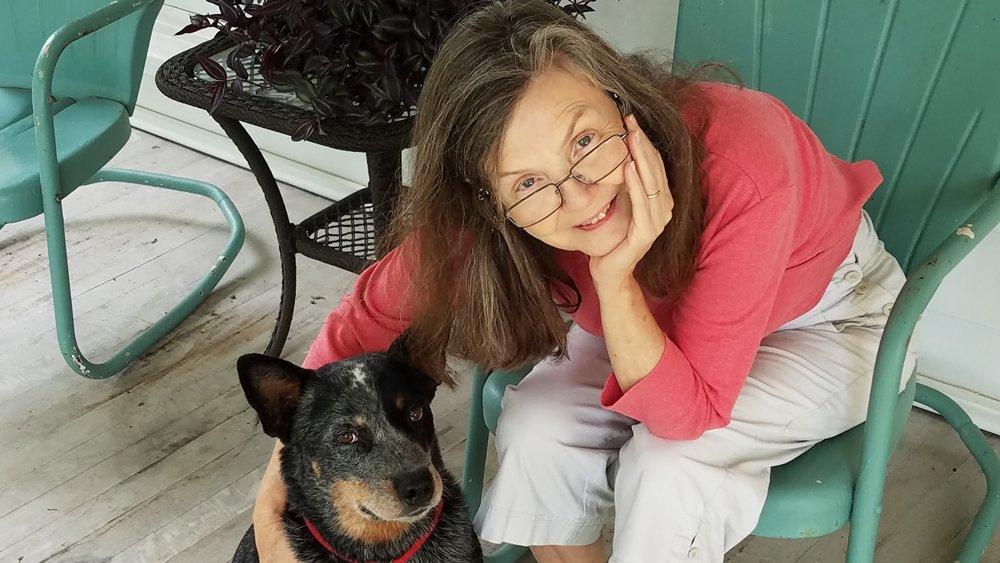 GREENVILLE—Sheila Turnage, a Pitt Community College student and New York Times bestselling author, will close out her award-winning Mo & Dale Mysteries series this month with the release of her latest book, “The Law of Finders Keepers.”

Turnage, who received a Newbery Honor for “Three Times Lucky” in 2013, is enrolled in Patsy Baker O’Leary’s creative writing course, which is offered through PCC’s Continuing Education Division.

“The Law of Finders Keepers” – the fourth installment of the Mo & Dale Series – is once again set in the fictional eastern North Carolina town of “Tupelo Landing (population 148, minus one for murder).” It features sixth-grader Miss Moses “Mo” LoBeau and her best friends Dale Earnhardt Johnson III and Harm Crenshaw searching for the Upstream Mother who lost Mo in a hurricane on the day she was born. At the same time, the trio is racing to find Blackbeard’s treasure, making “The Law of Finders Keepers” about a search for worldly treasures and treasures of the heart.

“’The Law of Finders Keepers’ provides a really great finish to the series,” Turnage said. “It’s getting super reviews, and I think kids are going to love it; I hope so, anyway.”

Born in Jacksonville, Turnage grew up on an eastern North Carolina tobacco farm. She and her husband, Rodney, still live on the farm, along with their dog, Callie, and a host of other animals.

On her website (www.sheilaturnage.com), Turnage says she was in first grade when she decided she wanted to be a writer.

“I’d written a story with one of those fat pencils, on that paper with the blue dotted lines,” she recalled. “My teacher liked it, and she let me read it to a class of third-graders. I remember thinking, ‘This is it; this is what I want to do. I’m going to be a writer.’”

Though she took journalism courses in high school and college, Turnage majored in anthropology at East Carolina University and earned a bachelor’s degree in the field. In fact, she once assisted with the excavation of a Mayan palace in Guatemala.

But Turnage’s love for writing never waned. In a 2014 interview with Publishers Weekly, she mentioned that she’d taken creative writing courses at PCC off and on for about 30 years and continued to do so, even with a Newbery Honor on her resume.

“I go because I like belonging to a community of writers, and it’s important to me to have their companionship and their feedback,” she explained. “I also love to hear what they’re working on.”

Following the success of “Three Times Lucky,” Turnage released the award-winning follow-ups “The Ghosts of Tupelo Landing” and “The Odds of Getting Even” before closing out the Mo & Dale Mysteries series with “The Law of Finders Keepers.”

In addition to children’s mystery books, Turnage has authored “Haunted Inns of the Southeast,” “Compass American Guide: North Carolina,” and “Trout the Magnificent.” She’s also written articles and poetry that have appeared in many publications, including Southern Living, Our State, American Heritage, International Poetry Review, and the N.C. Poetry Society.

“I’ve written lots of things,” Turnage says. “So far, the Mo & Dale Mysteries are absolutely the most fun of anything I’ve written.”

Published by Kathy Dawson/Penguin Random House, “The Law of Finders Keepers” will be available for purchase online and in bookstores starting Sept. 11.