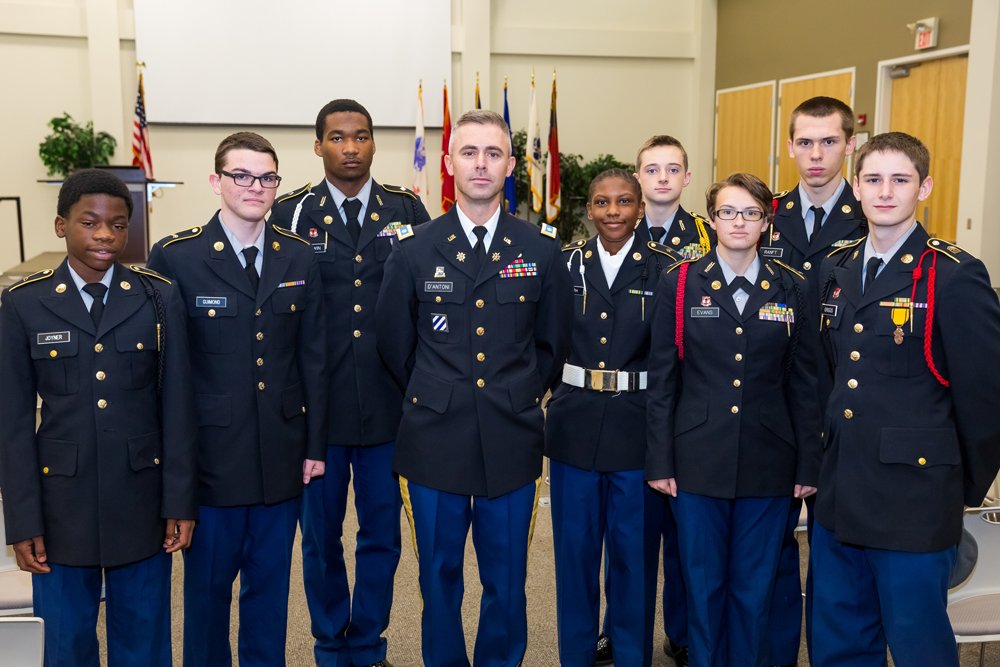 An assistant professor of Military Science with the Army ROTC program at East Carolina University, D’Antoni spoke about the need for a renewed spirit of patriotism among Americans today. Too many, he said, are disinclined to defend the nation’s freedoms and values in times of conflict.

“The United States is not immune to the trials and tribulations that led to the demise of past civilizations,” D’Antoni said. “… The apparent unwillingness of citizens to fight for America, particularly among today’s younger generation, should concern us all.”

D’Antoni, a South Carolina native and 2003 U.S. Military Academy graduate, said he is hoping for an increased interest in military service – one based upon love of country, rather than money or “mindless adventure.” Referencing a speech legendary Gen. Douglas MacArthur delivered to West Point cadets in 1962, D’Antoni said “duty, honor [and] country” must be the foundation upon which the nation’s military is rebuilt.

The bottom line, according to D’Antoni, is that Americans must understand that their system of government and, in fact, their very way of life depend upon a citizenry willing to defend them in times of peril. He referenced an encounter that founding father Benjamin Franklin experienced following the Constitutional Convention of 1787 in Philadelphia. A citizen asked Franklin if America had “a republic or a monarchy,” to which Franklin responded: “A republic, if you can keep it.”