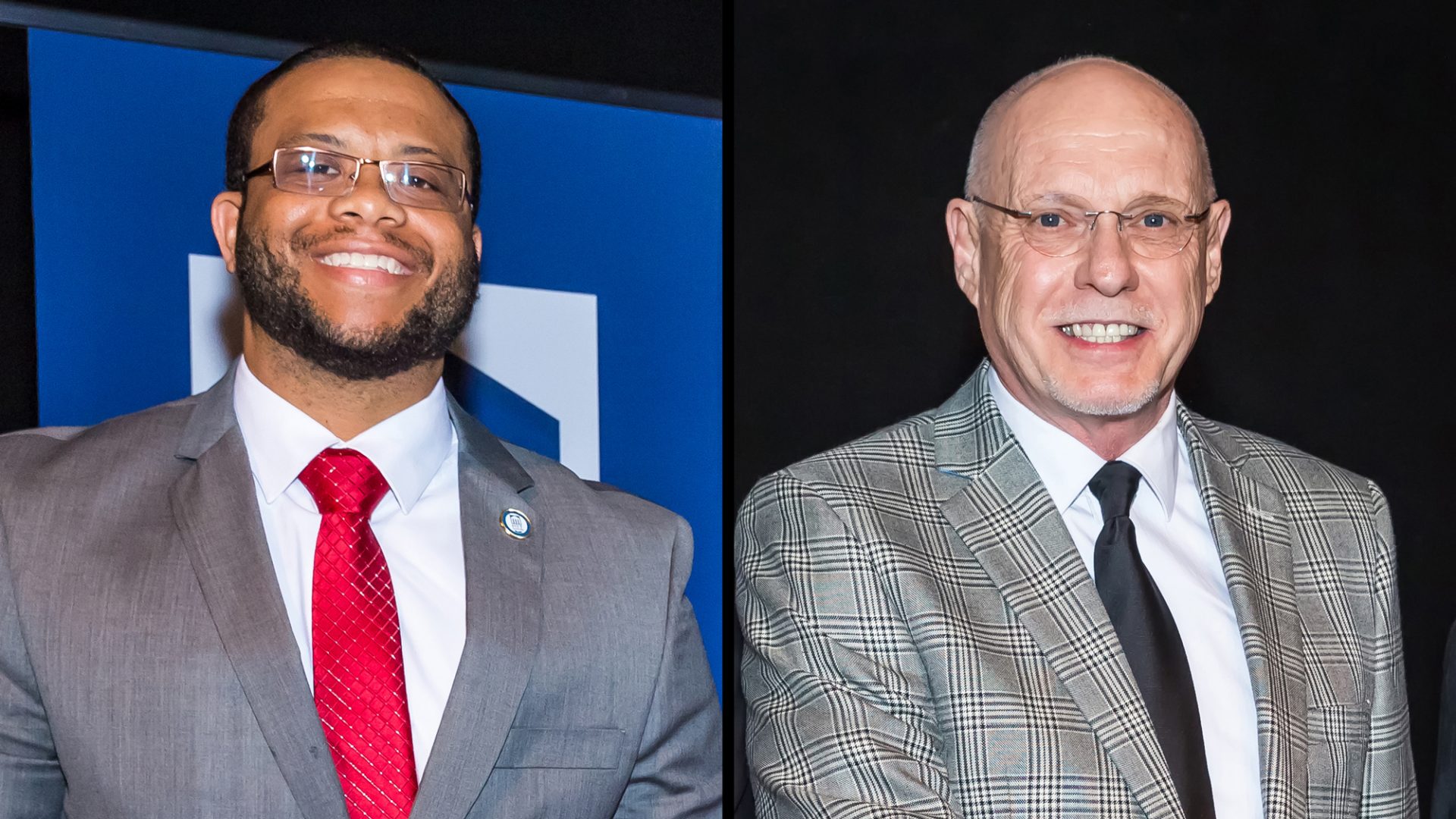 The April 6 program featured college administrators presenting service awards to 63 employees with a combined 710 years of service. Recent retirees were also honored during the event, and the recipients of several special awards were announced.

“This is a time to celebrate, honor and show appreciation for (employees), who have helped continue a strong tradition of service to our students, our community and county, and all of eastern North Carolina,” PCC President G. Dennis Massey said in his opening remarks. “… I sincerely thank you for your excellent service and leadership and hope you know how much you are appreciated.”

“This annual event underscores how important our entire team of faculty and staff is to the success of Pitt Community College,” Massey said. “With the skills and a drive to continually improve our performance, we will demonstrate to our students and the local citizens our dedication to ‘educate and empower people for success.’”

The 2018 Joan and Ed Warren Outstanding Staff Employee of the Year Award was presented to Jasmin Spain, who is the college’s Assistant Vice President of Student Development and Community Standards.

In presenting the award, Massey said Spain “goes above and beyond the call of duty in pursuit of excellence” and is committed to continuously learning and developing best practices that improve student programs and services.

“(Jasmin) genuinely cares about delivering excellent services and provides positive high energy and a personal touch when interacting with staff and students,” he added.

Now in his eighth year at Pitt, Spain has been responsible for launching several initiatives to improve the student experience at PCC. He received the League for Innovation in the Community College Award in 2011 and joined PCC’s Nicholas Vick last year in delivering a presentation on classroom management to college faculty and staff from around the globe attending a professional development conference in Texas.

Five instructors—Shelly Allen, Kerri Augustino, Kim Barber, Mitchell Butts and Bruce Warrender—received Faculty Excellence Awards during the event. From that group, Butts was selected as this year’s recipient of the Joseph E. Downing Award for Excellence in Teaching.

As PCC’s Humanities and Communications coordinator, Butts teaches a variety of English, humanities and communication courses that have been lauded by students as “fun and instructive.” A proponent of global learning, he has incorporated an international component into each of his courses.

PCC Vice President of Academic Affairs Tom Gould presented Butts with his award. In doing so, he quoted some of Butts’ previous students, who had fond memories of their instructor.

“I went into his class with a closed mind and came out with not only an open mind but a will to live life to the fullest,” Gould quoted one student as saying. “He taught me to think outside the box and to research.”

Another student stated that prior to having Butts as an instructor, “I was told I was a terrible writer. He showed me I’m not.”

Outside the classroom, Butts plays an active role on campus and in the community. In addition to reading for the Eastern Radio Service for the Blind, volunteering with Meals on Wheels and serving on the Magnolia Art Center’s board, he is a PCC Faculty Senate member. He also directs and stars in theatrical performances at the college and won the “Voter’s Choice Award” for his performance in the PCC Foundation’s “Dancing with the PCC Stars” fundraiser in 2014.

Also recognized this month were several employees who have made efforts to improve student retention and completion by implementing innovative and engaging teaching and learning methods in the classroom. Three faculty members – Augustino, Stephanie Dicken and John Grillo – received the Faculty Award for Innovation and Engagement, which is decided entirely by PCC students.

Fourteen recent retirees were also honored during the program. Among them, Margaret Boles (30 years), Sue Jefferson (31) and Jacqualane Jones (38) received the State of North Carolina’s Order of the Long Leaf Pine Award for having worked at least 30 years in state government.