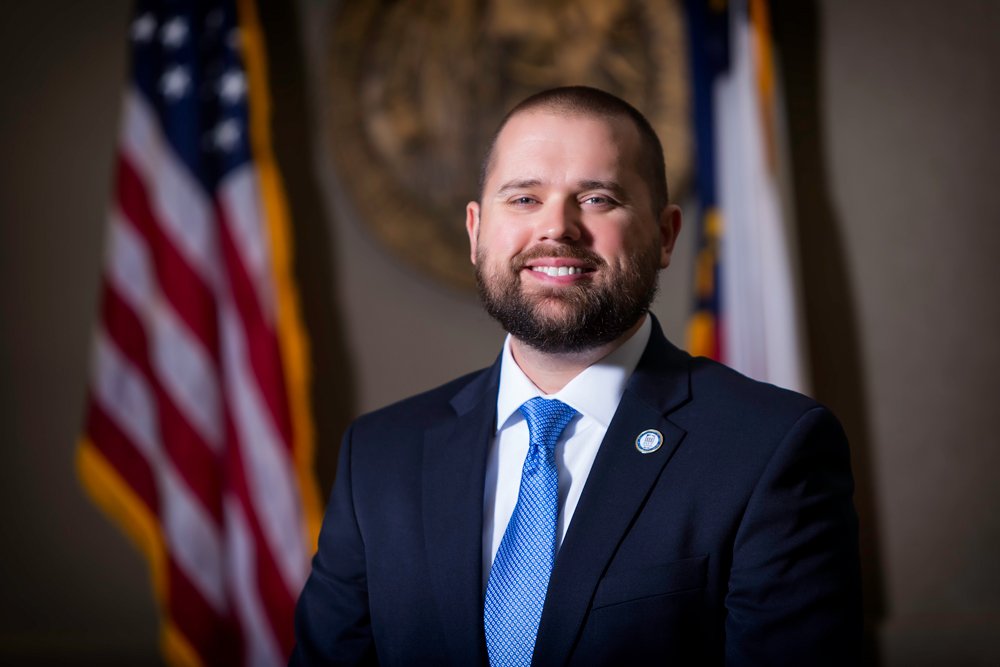 Carrere, who has been helping students get off to a great start at PCC since joining the college in 2013 as recruitment and orientation specialist, is a 2008 ECU graduate. He said he was “incredibly grateful” to have even been nominated for the 40 Under Forty Award by colleagues who deemed him worthy of the recognition.

“I’m excited, humbled and honored to be selected for a 40 Under Forty Leadership Award,” Carrere said. “My time at East Carolina University as a student and in a professional capacity helped establish the standards of leadership I strive to exhibit each day.”

ECU’s Division of Student Affairs began presenting 40 Under Forty Leadership Awards in April 2015. The honor was created to recognize emerging leaders who received their start at ECU, as well as those who have used their ECU experiences to make significant impacts in their respective professions, local communities, and on the world.

A Bayboro native, Carrere earned an associate in arts degree from PCC in 2005 before enrolling at ECU for a bachelor’s degree from the School of Communication. Upon graduation from East Carolina, he worked as an enrollment services officer with the university’s admissions office for five years before moving on to PCC.

“I have the fortune of working with an incredible staff at Pitt Community College,” Carrere said. “They continually provide me with opportunities to grow as a leader and positively impact my community in a variety of ways.”

The 40 Under Forty Leadership Awards Committee, comprised of ECU alumni and staff, announced this year’s 40 Under Forty class in December. The committee had an extremely challenging task in choosing 40 award recipients from the 230 exceptionally accomplished and committed leaders nominated.

Carrere and his fellow honorees will be recognized and celebrated during the 6th Annual Division of Student Affairs 40 Under Forty Leadership Awards Banquet on April 18.