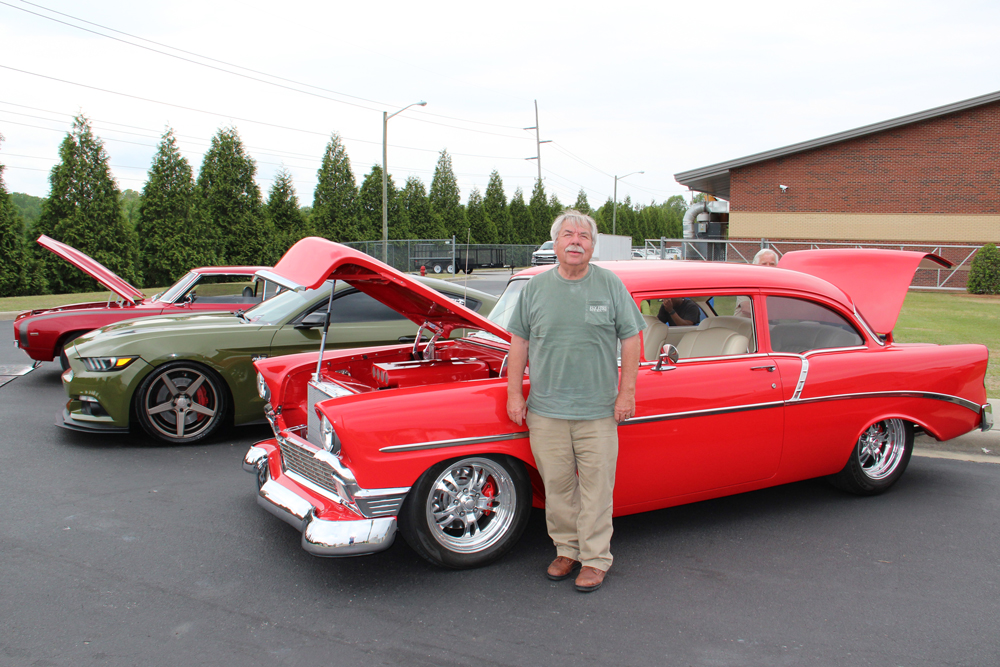 “It’s what we hoped for but didn’t quite expect,” said Richie Alligood, a PCC automotive instructor who helped coordinate the show to raise money for the college’s Automotive Systems Technology program.

Despite the possibility of rain, Alligood said “well over 200” people entered the competition, which took place outside of PCC’s Craig M. Goess Construction & Industrial Technology (CIT) Building. The event featured awards in several categories, including “Best of Show” and honors for the top car, truck, engine, paint, interior and motorcycle.

“We had high hopes for the show, and the weather held out for us,” Alligood said. “In fact, the threat of rain probably kept a lot of people from coming out to participate, and we still had the biggest show we’ve ever had.”

Seeing a Charger named “best car” likely put a smile on the face of special guest Tom Wopat. The actor, known for his role as “Luke Duke” on the TV series “Dukes of Hazzard,” signed autographs for approximately 500 fans during Saturday’s event. Many brought photos and diecast replicas the “General Lee,” a 1969 Dodge Charger that had a prominent role in the show, for Wopat to sign.

“Tom was very impressed with our campus, the car show and our automotive facilities,” Alligood said. “He also mentioned how friendly everyone was and that he really enjoyed the interaction with fans while signing autographs.”

Alligood said the money raised Saturday will be used to fund student scholarships and help the program build a 1966 Ford Mustang to use in parades and other events to promote automotive systems enrollment. He added that he’s already turned his attention to next year’s event.

“I want this car show to be the one people in the area look forward to each year, and I want it bigger each year,” Alligood said.