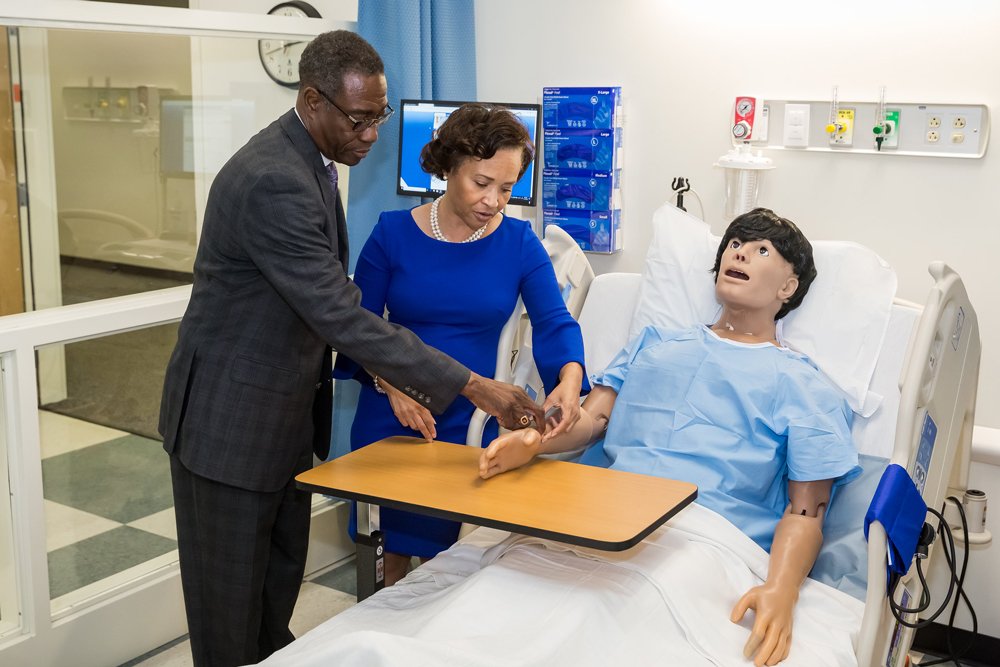 Burdett, a Greensboro native, has been teaching PCC nursing students since 2009. She replaces Elizabeth Toderick, who resigned from the college in August after 21 years, including 14 as the nursing program’s director.

“I am excited about leading our dynamic team of nurse educators,” Burdett said. “Our program has some of the best student outcomes in the state, and it’s a privilege to be a part of the Health Sciences Division at Pitt Community College.”

Burdett was hired at PCC in 2007 to serve as education coordinator of the college’s Bernstein Community Health Center activities. She planned and coordinated curriculum, basic skills and continuing education offerings at the site, in addition to arranging community programs and clinical opportunities for students.

As a member of Pitt’s nursing faculty, Burdett filled a variety of roles, including testing coordinator and advisor for students participating in the Eastern North Carolina Regionally Increasing Baccalaureate Nurses program. Like all PCC nursing faculty, she also helped the nursing program earn accreditation from both the Accreditation Commission for Education in Nursing and the National League for Nursing.

“Tavondia has excellent communication and interpersonal skills, a very strong work ethic, and she is well-respected by our nursing faculty and students,” Neal said. “Most importantly, her students are at the core of everything she does, and, as a dean, I can’t ask for more than that.”

Before coming to PCC, Burdett worked six years at Physicians East and more than three years at the Pitt County Health Department. She began her nursing career at the Durham VA Medical Center in 1989 and worked there until 1997.