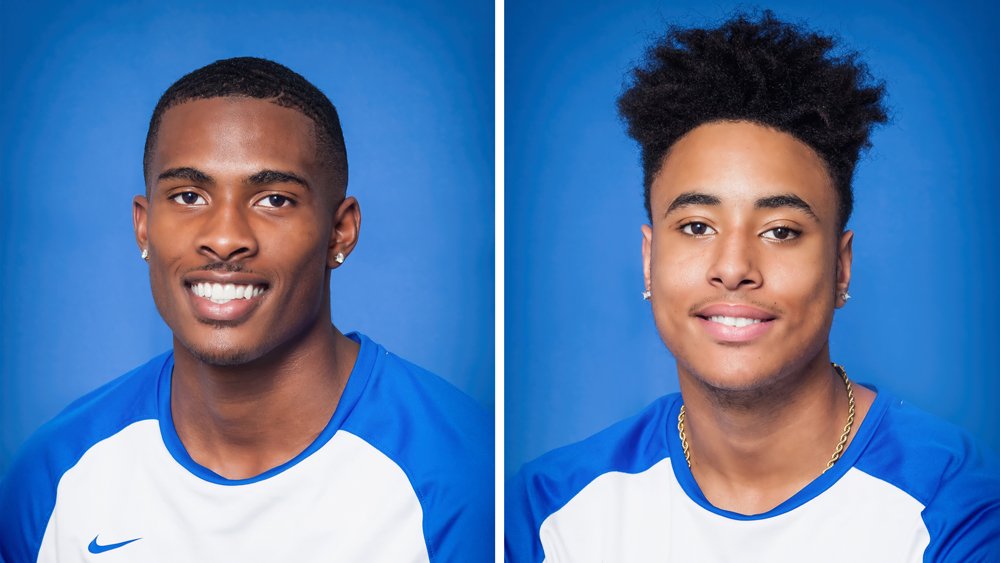 DANVILLE (Ill.)—No. 15-seed Pitt Community College stayed close with No. 2-seed Johnson County Community College (Kan.) before the wheels came off just past the midway point of the first half and the Cavaliers raced to a 96-69 victory over the Bulldogs in Tuesday’s first round NJCAA Div. II Basketball Championship Tournament action.

A 3-pointer from Damar Sutton with nine minutes remaining before halftime helped Pitt pull to within three of JCCC at 22-19. But PCC wouldn’t score again, until Timothy Downing III connected on a pair of free throws at the 1:51 mark. By then, the Cavaliers had built a 41-21 lead and would close out the first half on a 9-2 run to make it 50-23 at intermission.

The Bulldogs, who shot just 34.3 percent (24-for-70) from the field for the game, trailed by as many as 37 points in the second half but ended up playing the Cavs even over the game’s final 20 minutes, as both teams ended up scoring 46 second-half points.

Sutton, a freshman from Elizabeth City, led PCC offensively with 12 points on 4-of-8 shooting from behind the 3-point line. As a team, Pitt shot just 24 percent (6-for-25) from beyond the arc.

Reserve Kenny Scott, a freshman from Fayetteville, came off the bench to give the Bulldogs 10 points on 4-of-5 shooting from the field and a 2-for-4 effort from the free-throw line.

PCC (23-9) will now face No. 7-seed Dakota County Technical College (Minn.) on Thursday at 12 p.m. (EDT) in the consolation round of the tournament, which is being held at the Mary Miller Center.