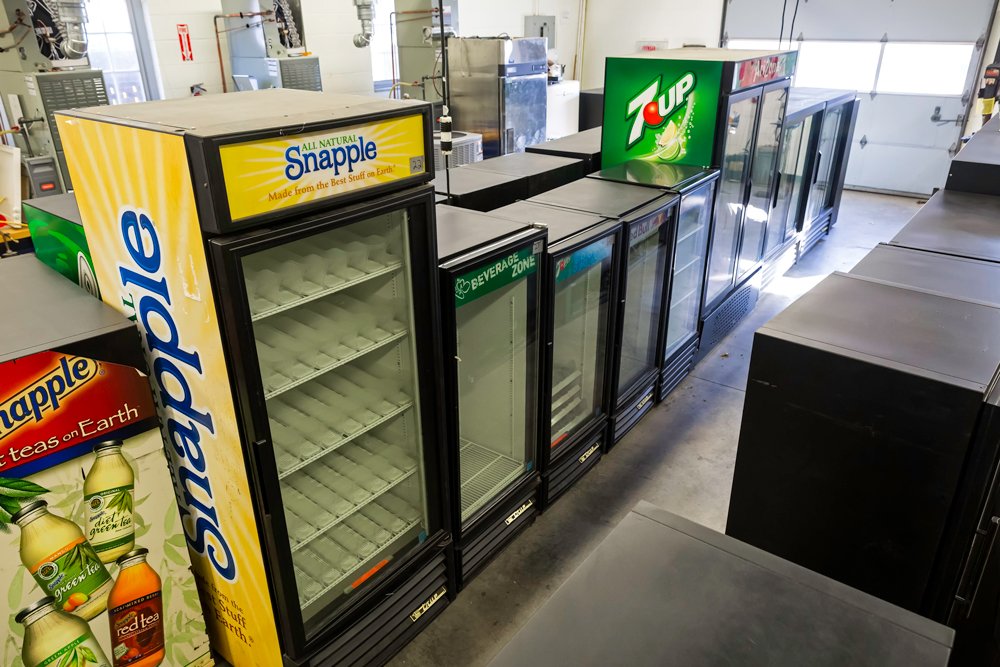 Amanda Ordnung, brand manager for Coastal Beverage, said the company had a surplus of cooler displays and decided to offer them to PCC after it was suggested by an employee who attended the college’s HVAC program.

“Coastal Beverage is a family-owned and operated company, so we are always interested in supporting the local community,” Ordnung said. “(Donating the merchandisers to PCC) worked out perfectly; we wanted to do something good with the coolers rather than simply putting them in the trash.”

“Prior to this donation, we did not have a glass door merchandiser,” he said. “Now, we have plenty to use and share.”

Drury says he has contacted several community colleges in the area to offer them merchandiser displays for training, and the response has been positive.

“This donation is going to enhance our program and the programs at several other community colleges in the east,” he said. “I can’t tell you how much we appreciate donations like this.”

Established in 1960, Coastal Beverage Company services more than 5,000 customers in 38 eastern North Carolina counties. In addition to the one in Farmville, the company has distribution facilities in Elizabeth City, Pollocksville and Wilmington.